One strange phenomena that seems to go back well into the recesses of the shadows of time is that of demonic possession, the idea that mysterious entities from beyond our reality can jump forth to take over our bodies like a hand in a puppet. There are countless such accounts throughout history, to various levels of veracity, and the idea of such possessions has been explained away as anything from mental illness, to delusions, to outright lies. Yet, every once in awhile a case will come along that seems to be beyond rational explanation, and shows that there may be more to it than just hoaxes and misunderstandings.

Back in the early 1900s, a girl by the name of Clara Germana Cele was attending school at a place called St. Michael’s Mission, in Natal, South Africa. By all accounts the young, 16-year-old girl, an orphan, was a fairly normal, even quiet girl, and she was just as devout and religious as any of her peers. There would have been nothing at the time to indicate that anything was amiss with her, or that dark forces were gathering about her like storm clouds rolling in on a clear day, and there certainly would have been no indication that this sweet young girl was to go on to become one of the scariest demonic possession cases on record.

Most of what is known of the case has been gleaned from journals and diaries written by nuns and priests at the mission, and although it is unclear just when the incident started, it seems likely that it began with a confession Clara made one day. She allegedly told her confessor, a Father Hörner Erasmus, that she had reached out to the Devil for the purpose of forming a dark pact, although she did not give any details on why she had done this. However, soon after this confession there would be a series of strange phenomena that would steadily orbit the girl. 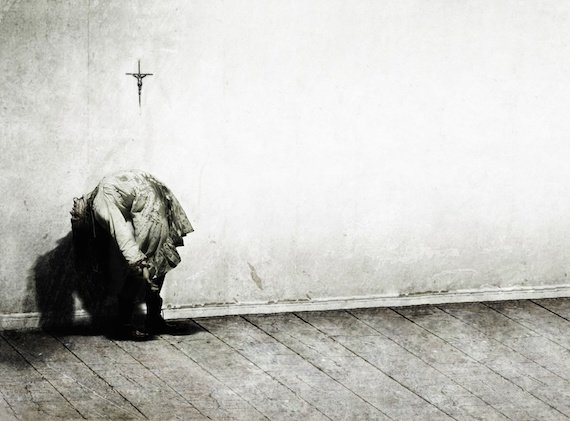 The most glaringly weird anomaly at first was that Clara, who knew no foreign languages, began to speak in Polish, German, French, Latin, and others, which started off as just a few words here and there but steadily graduated to fluent sentences and even ranting. She had never demonstrated even the slightest ability, nor even any interest in these languages, leaving everyone perplexed and not a little spooked that she should now know them to any degree. Even Clara claimed to not know how she was able to speak these languages. This was witnessed by numerous people at the mission, and it was also said that these episodes of speaking foreign languages often happened after Clara fell into sort of a daze or trance, and that she would sometimes not even remember what she had said or what had happened her during these spells.

Soon after this, Clara graduated to spontaneously spitting out the deepest, darkest secrets of those around her, even people she had never met before, including bad things they had done and impure thoughts they had had. In particular, she would revel in the most vulgar sexual fantasies she claimed the people of the cloth around her had, many of which were confirmed in diary entries by spooked nuns who felt that Clara could reach in to read their minds. She seemed to know all of their fears and various other pieces of information she had no business knowing, and at around this point it was dawning on everyone that something truly strange was going on.

In the following days Clara began to demonstrate an aversion to religious imagery, which must have been tough considering she was in a Christian mission. She would take roundabout paths around these objects and could not bear to be in the same room with them. If somehow she was to come into contact with such a relic she would allegedly unleash a savage, horribly unearthly wail that one nun would describe thus:

No animal had ever made such sounds. Neither the lions of East Africa nor the angry bulls. At times, it sounded like a veritable herd of wild beasts orchestrated by Satan had formed a hellish choir.” 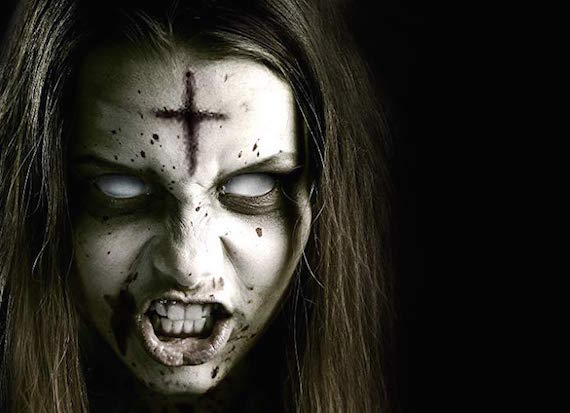 During these tantrums it was claimed that Clara would become possessed of extraordinary strength, that she would throw nuns across the room, and that she could barely be held down even by four people. This coincided with a general tendency for Clara to gradually transform from a once quiet and even meek teenager to an increasingly aggressive, powerful, and very confrontational personality. She would sometimes hiss, snarl, and growl at people around her, most often completely unprovoked, and the increasingly frightened nuns turned to help in order to perform an exorcism on what they were now convinced was a demon possessed child.

Two Roman Catholic priests by the name of Rev. Mansueti and Rev. Erasmus went about performing an exorcism on Clara, and it would prove to be a rather harrowing experience to say the least. One of the first things the girl did when confronted with the duo was leap onto Rev. Mansueti, knock away his bible, and begin strangling him with his own stole, and she would have been successful too if a group of nuns and the other priest hadn’t pried her off of him. After this she began hurling things about, and at one point purportedly levitated a full 5 feet of the floor, prompting those present to have her tied down. 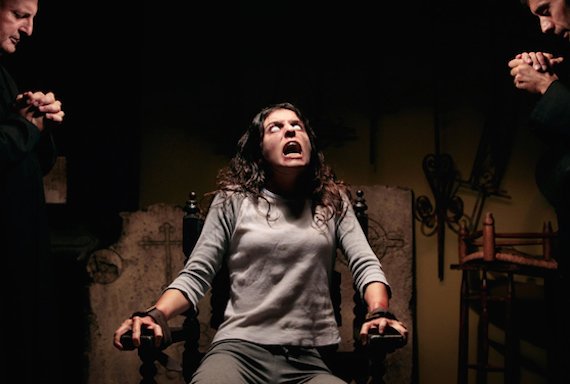 For two days the priests confronted whatever supernatural evil was residing within Clara, and through it all she showed many traits that convinced all who were present that this was not simply a mentally ill child or lunatic. In addition to the levitation and the speaking of tongues, she also seemed to know when she was being sprayed with holy water. In order to test this, the priests even switched between holy water and regular water without Clara’s knowledge, but whereas normal water had no effect, holy water would send her into an absolute rage. However, the holy water was apparently the key, and was what eventually cast the demon out.

The case is rather obscure and not very well-documented, but it is certainly a curious one that was witnessed by numerous people.  If the reports are to be believed various witnesses saw this teenager display classical signs of demonic possession, including speaking in languages they have no business knowing, and aversion to religious paraphernalia, superhuman strength, uncharacteristic violent behavior, and levitation 5 goddam feet up in the air. They could all be lying, but why would they do that? If it was mental illness, then how does one explain these phenomena? There is no way of knowing if there is any truth to demonic possession in the literal sense, but the case of Clara Germana Cele certainly ranks up there with some of the most potentially genuine accounts out there.

Not “Nessiesarily” Photos of a Monster