A Terrifying Haunting in Georgia

In the 1870s, a small rural town was founded in the U.S. state of Georgia, just about 90 miles southwest of Savannah, by a sawmill operator named Allen Surrency, who lived with his family in a large, two-story farmhouse on the edge of the Altamaha River Swamp, near the railroad tracks that went through town. It was at first an idyllic life for the Surrency family for a time, until a strange series of events would unfold that would go on to become one of the most widely witnessed, well-documented hauntings, and most intense the world has ever seen.

Unlike many other hauntings, where the phenomena start out somewhat innocuously and slowly intensify over time, the Surrency haunting started off with a bang in spectacular fashion, and would never really let up. The most commonly cited incident that kicked off the whole thing was when the family patriarch came home from a trip out of town one day in October of 1872 to find his home being ransacked by some unseen force right before his very eyes, with objects moving and shaking on their own all around him. He would say of the sight that met him in the Savannah Morning News thus:

A few minutes after my arrival I saw the glass tumblers begin to slide off the slab and the crockery to fall upon the floor and break. The books began to tumble from their shelves to the floor, while brickbats, billets of wood, smoothing irons, biscuits, potatoes, tin pans, water buckets, pitchers, etc., began to fall in different parts of my house.

At first he suspected that it may have been caused by an earthquake, but there had been no shaking of the house itself, no neighbors had been affected, and this would turn out to be far from an isolated incident. Before long the whole family began to witness furniture and objects moving on their own or sliding about, pictures falling from walls, and even plates, cups, books, and bottles and assorted other household objects leaping from their resting places to launch themselves through the air with great, sometimes almost violent force, or even appearing to dance about as if animated by some mysterious life force of their own. The clocks in the home were prone to going haywire, spinning rapidly either forward or backward in time, and mirrors frequently cracked or exploded into a rain of glass, as did other glass objects. There were many instances of anomalous noises such as footsteps, banging, and disembodied voices, laughter, and more chillingly screaming when no one was there or from empty rooms.

Perhaps more alarmingly than this activity, things were often jerked out of people’s hands, and on at least one occasion the family reported that eating utensils in their hands began to twist and bend as they held them. Whatever the entity was, it did not seem to like dishes and crockery much, as it consistently would knock over or smash these to pieces, to the point that the family gave up on having plates around. The kitchen was indeed often the target of these ghostly tantrums, with pots spilled out, things broken, and forks, knives and spoons often left strewn or bent into contorted shapes.

These phenomena would quickly branch out into even more bizarre territory. One day Mrs. Surrency was sitting quietly doing some stitching when the needles, thread, thimbles, and scissors all alighted from her hands to go spinning about the room while suspended in midair. On another occasion a pair of boots allegedly began walking and wandering around the house as if someone were wearing them. There was also a time when a pan of freshly baked biscuits levitated out of the oven and flew right out the back door of the home. More frightening still was an incident in which the Surrency’s daughter, Clementine, was walking along the front path when she was suddenly caught up in a rain of falling hot bricks that seemed to come from nowhere, which she amazingly escaped unscathed. Indeed, Clementine seemed to be a favored target of the entity, and she was constantly harassed by it, with her bed covers yanked off, her hair pulled, and even being lifting right out of her own bed. Just as frightening was an apparent attack on the family’s son, who was once chased and struck by a floating andiron, which returned itself to the fireplace after the terrifying assault. 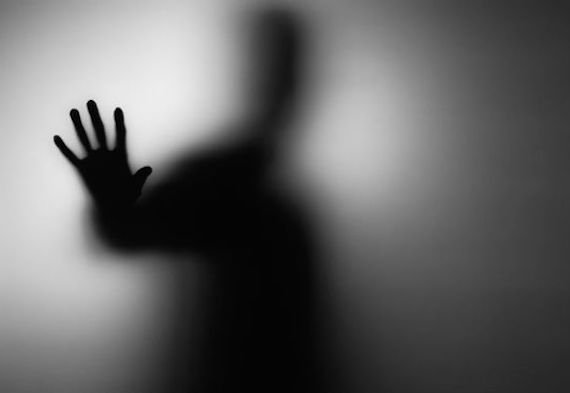 These sorts of phenomena became quite famous around town and eventually all over the country, and droves of people visited the house to see if they could witness something strange. They would not be disappointed, and one of the hallmarks of the Surrency haunting is just how many witnesses saw the phenomena for themselves. Objects would move and fly about even in full view of startled bystanders, and the ghost did not seem to be shy at all, if anything even bolder when other people were around. Some of these incidents were quite odd, such as a time when barnyard animals teleported right into the middle of the living room as news reporters looked on, and another occasion when a log flew out of the fireplace to go hurtling across the room in front of a visiting minister. In total hundreds of people would witness such high strangeness at the Surrency house, and no one had any sort of explanation for any of it.

The haunting went on, attracting intense media and scientific scrutiny, and they moved away, yet even then it did not abate. In their new home the haunting went on unhindered. Realizing that there was no escape from the mysterious forces plaguing them, the family ended up back in Surrency, where the entity would continue to relentlessly haunt them until the death of Mr. Surrency in 1877, after which it all suddenly stopped and the house went quite until it finally burned down in 1925, leaving questions swirling about with no answers. Why did such explosive and massive paranormal activity gravitate towards this house and this family? Indeed, why did it follow them even when they moved to a new area? Why was it so incredibly prolific and oft times violent? Why was it that the entity was so brazen and unafraid of visitors or of being seen? More intriguing, why did it all suddenly stop after years of nearly nonstop powerful activity? No one really knows, but there have been ideas. 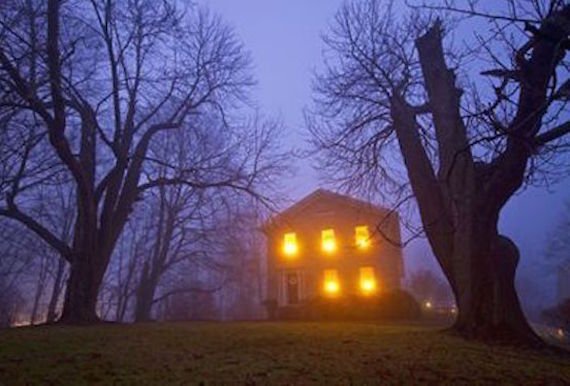 The coincidence that the haunting blinked out with Mr. Surrency’s death was not lost on many of the more superstitious townsfolk, and there were soon whispers that he had been involved in Satanic rituals or black magic at the time. In later years it has also been suggested that, rather than a ghost, perhaps one of the family members was unintentionally projecting psychic energy unbeknownst to even themselves, as is theorized to sometimes be the case in poltergeist infestations. It could also have been that the ghost or ghosts were trying to tell the family something or reach out to them for inscrutable reasons, or that the home had been built over some burial ground or other place of spiritual significance. More rational explanations have pointed to it being caused by some sort of geological magnetic anomaly or even earthquakes, although no one else around the family experienced tremors and this went on for years.

Interestingly, there is a mysterious orb of light seen to dance along the town’s railway tracks even to this day, although what connection it has to the haunting is unknown. In the end there really isn’t that much we do know, and the strange tale of the haunting of Surrency, Georgia remains shrouded in enigma. Sadly, it is unlikely that we will ever have any firm answers or learn any more of the case, as the house burnt down long ago and there are no more firsthand witnesses to the events, leaving the case lost to history. What is for sure is that the Surrency haunting continues to be one of the most intense, well-documented, and frequently witnessed paranormal events ever.