Archaeologists Find Mask of the Mayan Astronaut of Palenque

“In the center of that frame is a man sitting, bending forward. He has a mask on his nose, he uses his two hands to manipulate some controls, and the heel of his left foot is on a kind of pedal with different adjustments. The rear portion is separated from him; he is sitting on a complicated chair, and outside of this whole frame, you see a little flame like an exhaust…”

Fans of Erich Von Daniken will recognize that quote from “Chariots of the Gods” describing the inscriptions on the lid of the sarcophagus of one K’inich Janaab Pakal I -- a.k.a Pacal, Pacal the Great and the "Astronaut of Palenque." That last epithet refers directly to one particular engraving on the slab which looks like a man in a spaceship that is similar to a U.S. space capsule which, coincidentally, was a popular image in 1968 when the book was written. Much was written about the book, both agreeing with and disputing the theory. While it was never clear if the man was Pacal, that may change with the discovery of a mask believed to have been worn by the longest-reigning Mayan leader. Is this the proof of ancient astronauts? 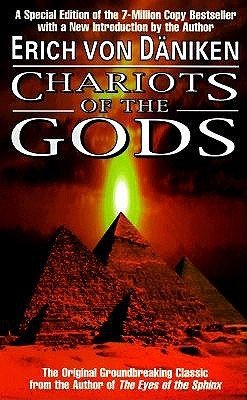 According to a press release, the discovery was made by Jorge Gutiérrez, Culture Secretary, Diego Prieto, Head of the National Institute of Anthropology and History (INAH); Carlos Morelos, Municipal President of Palenque, and Carlos Suárez Deputy Secretary for Culture in that Unit. The researchers were working in House E of Palenque's Palace building while work was being done to deal with water problems in the area. Coincidentally, the artifacts found with the mask related to water too, according to archaeologist Benito Vengas Durán. (Photos here.)

"During this process, under the (mask) head there were figurines, ceramic pieces, small plates, a lot of fish bones, which gives insight of a possible relationship with aquatics."

What makes these researchers so sure this is a mask of Pacal? The Mayans were known to attempt to depict the features of their leaders accurately. The mask has an “outbreak in the mouth” which would be common for someone who was very old in this era of poor medical care -- Pakal lived and ruled until the age of 80.

The real question is, is this the mask of an ancient alien – and if so, was Pacal really the Astronaut of Palenque? Von Daniken’s theory has been discounted by many who believe the lid of the sarcophagus depicts the World Tree and merely symbolizes Pacal’s death and journey to the afterlife. There is still doubt about the identity of the bones in the coffin, especially the teeth which were in remarkably good shape of an 80-year-old. The answer from skeptics is most likely “no.”

The answer from the Mexican tourism bureau is more likely to be, “Come on down and visit Palenque, where we may or may not have found the mask of the Astronaut of Palenque!”