Archeologist Claims to Find Site of ‘Water into Wine’ Miracle

It’s one of the most famous and popular miracles in the New Testament. A wedding runs out of wine and Jesus, at the request of Mary, turns jugs of water into the best wine anyone has ever tasted, prompting guests to criticize the relieved bridegroom for holding out on them. The Gospel of John places the wedding in Cana in Galilee but its exact location has never been determined. For centuries, pilgrims have visited the village of Kafr Kanna in northern Israel, believing it to be the biblical Cana and possibly hoping some residual power might turn their water bottles into wine flasks. That never works and it could be because they’ve been going to the wrong place. Archeologists now claim they have strong evidence that the location of the wedding was not Kafr Kanna but Khirbet Qana, about 10 km (6.2 miles) north of there. What did they find and is there any wine left?

“We have uncovered a large Christian veneration cave complex that was used by Christian pilgrims who came to venerate the water-to-wine miracle.” 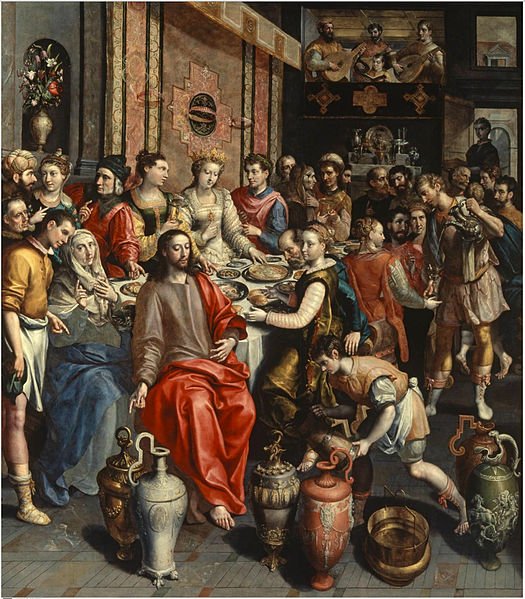 First reported in The Daily Star and picked up my many religious media sites, the discovery is attributed to archeologist Dr. Tom McCollough, who is identified as the head of excavations at the site in Khirbet Qana. He says that three other sites once thought to be the biblical Cana, including Kafr Kanna with its similar name, had little if no evidence other than folklore to back their claims. On the other hand, the case for Khirbet Qana is strong, beginning with its existence as a busy town in the right time period -- 323 BCE to 324 CE.

“Our excavations have shown that this was in fact a thriving Jewish village located in the heart of much of Jesus’ life and ministry. For the Gospel of John, Cana is in some ways, Jesus’ safe place or operational centre. It is a place he and his disciples return to when they encounter resistance in Judea.”

But wait, there’s more … much more. McCullough’s excavations revealed a network of tunnels dug into a hillside containing crosses, references to Kyrie Iesou (Greek for Lord Jesus), an altar and – here’s the big one – the remains of a stone jar like the one referenced in the biblical account on a shelf with room for five more, matching the gospel tally of “six waterpots of stone.”

Is that enough evidence for you? If not, McCullough found more.

“This complex was used at the beginning of the late fifth or early sixth century and continued to be used by pilgrims into the 12th Century Crusader period.” 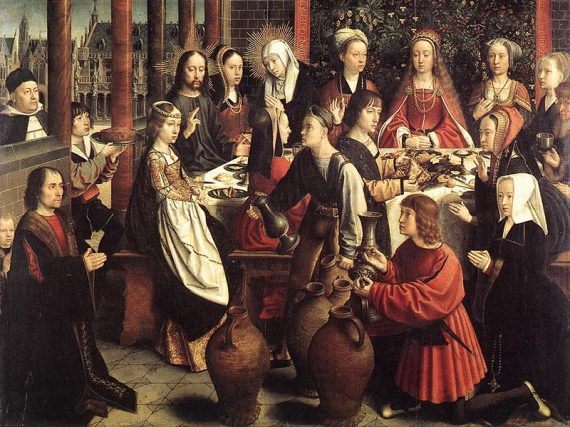 While Khirbet Qana was gone, McCullough says these relics that believers linked to the wedding miracle were hidden in the manmade caves for veneration by centuries of pilgrims. To further bolster his case, he refers to the first-century Jewish historian Flavius Josephus, who put Cana in the area of Khirbet Qana.

So, why did the pilgrims switch to Kafr Kanna? McCullough blames it on lazy Franciscan tour guides who managed the area in the 1700s and decided that Kafr Kanna was easier to get to.

Bingo! Game over! Break out the water and pass a piece of that stone jar … this is definitely Cana.

Or is it? McCullough hedges his bets, saying that the discovery definitely warrants a new look at the historical accuracy of the account in the Gospel of John. Let’s hope he also studies the people who lived in Khirbet Qana during that time who made it a safe place for a new religion to begin. Perhaps it can help us make our world today a safe place for all religions.