Dale Earnhardt Jr. Says He Was Pulled from a Flaming Car by a Paranormal Entity

For better or worse (you decide), celebrities have been coming out of the woodwork lately to share their own paranormal experiences. From Kurt Russell describing how he witnessed the Phoenix Lights firsthand ahead of his last space-themed movie release to Rob Lowe sharing his Bigfoot encounter conveniently just in time for his sons’ paranormal hunting reality TV show, the unexplained seems to be in vogue right now and celebrities are taking advantage of it.

The latest celebrity to seemingly jump on the paranormal bandwagon is Dale Earnhardt Jr., although his experience isn’t the typical alleged UFO or Bigfoot encounter and actually sounds a bit more intriguing. During a recent interview during the “Texas Terry” episode of his weekly Dale Jr. Download podcast released on August 14th, Earnhardt admitted that he believes there are perhaps hidden layers of existence beyond or separate from the physical realm:

I do believe in paranoia [sic] activity. … That’s so bad, oh my god. I do believe in that stuff. I think that our personalities and our souls have so much — we’re so much more than just blood vessels and bones and muscle, ya know? And I feel like that it’s quite possible that, in certain situations, when we die — our bodies die — that maybe there’s a spirit capable of continuing on. In certain situations, not all the time.

The show’s host Mike Davis pressed Earnhardt Jr. for more details about his beliefs, prompting Dale Jr. to share a near-death experience which the two-time Daytona 500 winner believes was a brush with some sort of supernatural entity:

When I wrecked in the Corvette in 2004 at Sonoma — it caught fire — somebody pulled me out of that car. And I thought that it was a corner worker because I felt somebody put their hands under my armpits and pull me out of the car. I didn’t get out. I don’t have any memory of myself climbing out of the car. And I remember sort of moving like in motion going to lean forward and try to climb out of the car, and then something grabbed me under the armpits, pulled me up over the door bars and then let go of me. And I fell to the ground, and there’s pictures of me laying on the ground next to the car. I know that when I got to the hospital, I was like, ‘Who pulled me out of the car? I gotta say thanks to this person,’ because it was a hand! It was physical hands grabbing me! I felt it. And there was nobody there.

Earnhardt says he had a difficult time believing no one had pulled him from the car due to how viscerally he recalled the sensation of someone pulling him from the burning car. Dale Jr. didn’t elaborate on what - or who - might have pulled him from the car, but come on, everyone knows it was most likely the ghost of the Intimidator himself: North Carolina legend Dale Earnhardt. 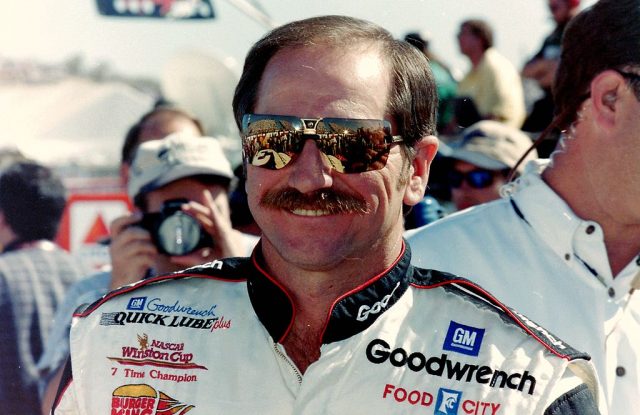 Earnhardt Sr. died in 2001 during the final lap of the Daytona 500, prompting NASCAR to make a series of rule and equipment changes. Earnhardt Jr. even told 60 Minutes interviewer Mike Wallace in 2013 that he believed his father pulled him from the car. Could the ghost of the Intimidator have saved Dale Jr. from a fiery death?

Offspring of Neanderthal and Denisovan Found in Siberia