Exorcism Works on Cursed Women, Not on Cursed Couch

Exorcisms are up around the world and those who endorse them or run schools for exorcists recommend leaving the casting out of demons to the trained experts – whether they be priests or lay persons. That advice was followed by two women in Colombia but not by one in Louisiana and the results were … well, let’s see if the experts are right.

According to the account by the exorcist reported in The Daily Star, the case in Colombia was unusual because there was a total of seven demons to be cast out. The women, a mother and daughter, had apparently been cursed by the dead lover of the daughter’s husband – no word on whether he was involved or how the mistress died. However, the female exorcist claimed the curse came from the afterlife and was delivered to the women via a doll. 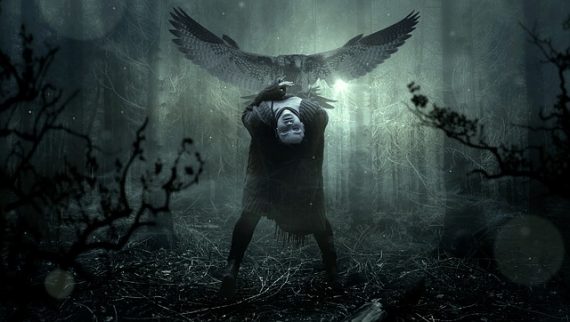 The procedure used by this exorcist would not make for a very scary movie but was pretty unusual. Working on the daughter first, she loaded up the room with religious paintings, statues, crucifixes and holy water. Then the victim’s abdomen was rubbed with holy oil and slapped while praying until the demon was said to have left her. The rest were apparently in the mother, who needed a lot more rubbing, slapping, praying and grunting. While apparently speaking through the mother, one of the demons gave this movie-ready line: “I have turned them into shit." However, it appears to have spoken too soon as the exorcist soon declares that the woman is demon-free and ready to help her daughter divorce the husband, who had to have been in on this somehow.

At least the Colombian exorcism had a happy ending. The one in Louisiana didn’t. TV station KLFY (“Acadiana’s Local News Leader) reports that a volunteer fire department in Denham Springs (Livingston Parish) was called to a trailer fire (don’t get ahead of me here) on August 11. They found one JoLynn Wynn at the scene. She explained that she had set her couch on fire to "get the devil out." The firefighters ignored the devil, put the blaze out and sent JoLynn to the hospital for smoke inhalation.

Using fire seems like a strange way to get rid of something that likes the fires of hell, but JoLynn apparently didn’t check any do-it-yourself exorcism sites (caveat emptor) which would have informed her of various safer ways to remove a demon from a possessed object. Putting something copper (a coin or a pipe) in the object is supposed to drive out negative forces and absorb the energy released by the curse. She also could have prayed, sprinkled holy water on the couch or walked around it with a smoking smudge stick. Wearing any kind of religious object, she could have also just asked the demon to give up the couch. While it might leave a stain, she could have taken the Colombian approach and rubbed oil on the cushions before slapping them with her hands.

JoLynn instead opted for setting her couch on fire and is now charged with simple arson. One curse turns into two … three if you count the burned-out trailer … four if there were copious quantities of adult beverages involved.

Regardless of whether you think they’re real or psychological, these stories reinforce the advice that casting out or taming your demons is best left to professionals.