You can’t throw a stone in the UK without hitting a castle or a henge or a haunted building … actually, you shouldn’t be throwing stones anyway with all of the ghosts around protecting their residences. One such haunted place is the Tintern Abbey in Wales, which has a history of ghostly monks and a knight. A woman with an interest in the paranormal claims she recently visited Tintern Abbey in the middle of the night and may have captured the image of the ghost of a hooded monk. Should she go back and risk meeting the knight? Should she carry some stones?

Nineteen-year-old self-described ghost-and-paranormal-enthusiast Rosie Boulton claims she recently visited the Tintern Abbey in Monmouthshire, Wales, with some friends who claimed they saw nothing but felt a presence which was strong enough to chase them out … but not before Rosie took some pictures of the Abbey. As is so often the case, they noticed something unusual when they viewed the pictures – one showed the faint image in a doorway of what could be a hooded monk. (See the picture here and here.) Was it? 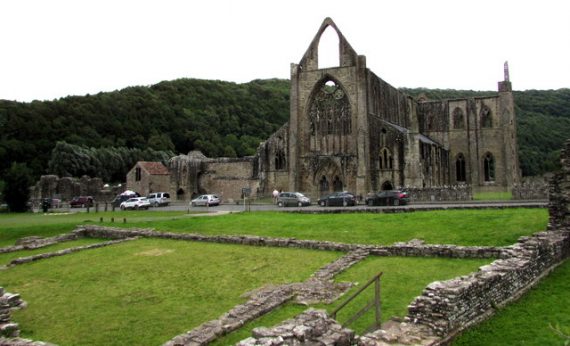 Tintern Abbey is known for its monk spirits and an occasional ghostly knight. Founded by Walter de Clare, Lord of Chepstow, on May 9, 1131, it was the second Cistercian abbey in Britain and the first in Wales. The Cistercian Order monks were also known as Trappists (named after the La Trappe Abbey in the French province of Normandy), Bernardines (after St. Bernard of Clairvaux, founder of the order), and the White Monks (the Cistercians wore white cucculas or choir robes over their habits). The building seen in Rosie’s photo is what’s left of the Great Abbey Church built between 1269 and 1301. The abbey did well (King Edward II stayed there in 1326, possibly in hiding) until the Black Death hit in 1349.

Those two events may be the origin of the most popular ghost stories. The Black Death killed many monks and some sightings describe a line of ghostly monks carrying torches. Another relates to a monk who was suspected of revealing to his enemies that the king was hiding at the abbey. Finally, there’s the tale of a group of men who were digging in the Abbey’s ruins and found two skeletons. They stayed there for the night (of course) and after a storm darkened the skies they claimed to see monks rising from the ground along with a mist that became a mail-clad knight they believed was Gilbert fitz Gilbert de Clare, the first earl of Pembroke, better known as “Strongbow”, who was buried there. The ghost of Strongbow was said to point his sword to the doorway of the abbey and the men needed no further instructions as they vacated the premises. 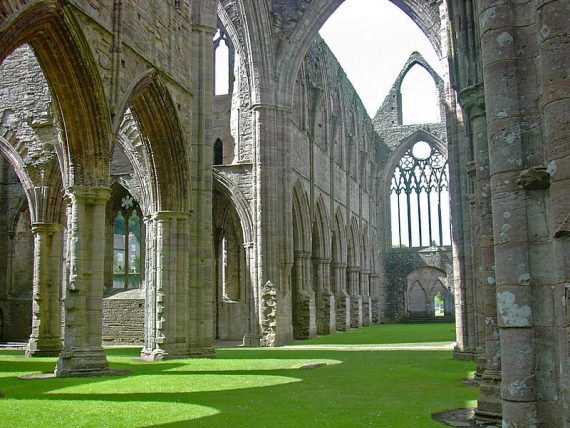 So, which ghost, if any, of Tintern Abbey did Rosie Boulton see? The image is coincidentally exactly the same shape as the doorway or window opening it appears in, so it’s possible that the light from the flash or some other camera anomaly caused it. A report on the sighting by worldofreligionnews.com contains a tweet from 2017 showing a similar image (see it here) that the poster describes as “The faded wood masquerading as the ghost of a hooded monk!”, although it’s hard to tell from other images of the abbey (many seen here) what faded wood he’s referring to.

For now, we’ll have to wait for Rosie’s promised return to the Tintern Abbey for some better pictures. Perhaps she should bring some stones … or a shovel.

Bizarre Accounts of the Pale Crawlers