"I am totally excited by this photograph - it is the best of 'Nessie' in years."

That evaluation came from the man who is recognized by the Guinness Book of Records for the longest continuous monster hunting vigil on the shores of Loch Ness. Have his standards been lowered, is he getting desperate or is a photograph taken by a 12-year-old tourist really one of the best Loch Ness monster photos of all time? More importantly, is it the Loch Ness monster?

"This is just the image we have been waiting for - for years. Congratulations Charlotte. I am totally excited by it."

“Charlotte” is Charlotte Robinson from Leeds who was on vacation with her family this week in Scotland when she took the photograph that elicited those platitudes from Steve Feltham. Who has been interested in the Loch Ness monster since age seven and has “sat watching and waiting on the shores of Loch Ness full time since 1991 for one decent sighting of the monster,” according to his website which proclaims him “Nessie Hunter.” If longevity counts, he’s earned it. If proof counts, it’s no wonder he gets excited at small black dots in photographs of Loch Ness. (See Charlotte's here and here and here -- they're all the same but hey, it's the "best" in years.)

"There was something in the water about 50 feet from the shore. I took a photo. It had a neck and head was in the shape of a hook. I just took what I saw. It was black - I just don't know how far it was out of the water. I'm not good at judging distances. But after about a minute it disappeared and then came back up again in a different place. It was up for less than a minute the second time. I kinda believed in Nessie, but I wanted to see the proof. I always imagined her as having a long neck and flippers.” 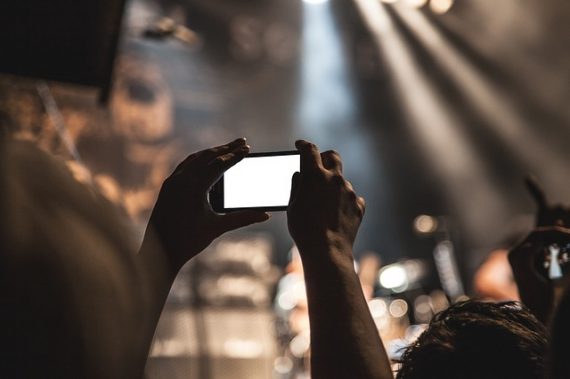 So did we, Charlotte, so did we. We also imagined we’d get better pictures once everyone on the planet began carrying smartphones, especially 12-year-olds who were probably taking selfies the day they were born. However, the photo in the Daily Record isn’t much to look at. Even Steve Feltham, who called it the best he’s seen in years, hedged his bets by commenting on its clarity, but not its authenticity.

"There is clearly a solid object in it and it is relatively clear. It warrants further study. There may be a mundane explanation such as a seal, but I have not heard of a seal in the loch this year. For my money it is larger than a seal or an ottter.”

"But when I saw the picture, I couldn't believe it. Something's there. With all the sightings over the years there must be something in the loch."

Unfortunately, that comment is not from Nessie expert Feltham but from Charlotte’s proud mum, Kat, who naturally thinks her child has taken the best and most authentic Nessie photo ever – suitable for hanging on the refrigerator and entering in the Loch Ness monster photo contest held annually by the Inverness Courier, which offers a $2,000 prize for the submitted photo that is accepted by the Official Loch Ness Monster Sightings' Register and garners the most fan votes.

And Steve … have you thought about taking a vacation yourself?

The Mysterious Demon House of Indiana