“Every time we went to the hospital, medical examinations revealed that she was healthy. It was not until she started vomiting assorted items like neckties, spoons and mobile phones that we realised it was witchcraft.”

After hearing the mysterious case of the young girl and the strange objects she continues to cough up, you’ll never complain about taking your child to the emergency room for a broken arm again. According to The Nairobi News, a 13-year-old girl in the village of Konoin in the western part of Kenya has mystified her family, teachers and doctors for seven months by heaving up things that had mysteriously (well, not anymore) disappeared. Large things … things it’s hard to imagine swallowing without choking, let alone vomiting back up without harm.

“It started with a mobile phone which disappeared at the dining table. We were so shocked when she later vomited it out. One time, we were shocked to see her vomit a battery cell, which didn’t belong to us.”

Josephine, the girl’s mother, says her teacher became concerned when the girl’s final exam papers disappeared … only to be vomited up later. While this sounds like a much creepier version of “the dog ate my homework,” it was enough of a concern that the family had to take her out of school

A quick search online will tell you that Pica is a disorder where people swallow anything from dirt to nails, knives and other sharp objects (the Mutter Museum in Philadelphia has an unbelievably large cabinet filled with objects removed without surgery from scores of patients by one doctor, Dr. Chevalier Jackson (1865-1958), who is considered the father of bronchoscopy and laryngoscopy) and the patients are generally checked for obsessive-compulsive disorders, dietary deficiencies, anxiety, depression and other common causes.

One thing emergency rooms doctors treating patients who swallow cell phones don’t usually check for is witchcraft, but after the physicians in Kenya ruled out everything else, they considered it as a possible cause for the girl’s problems. According to her mother, so did she.

“Some faceless people strangle her and warn her against revealing anything.” 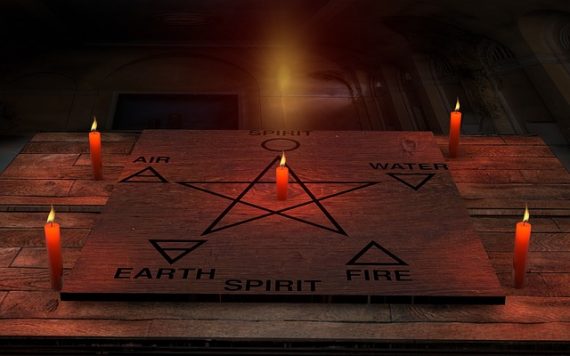 The family had an idea of who put the swallowing hex on their daughter (schoolmates) and reported them to the police, who brought the suspects in for questioning. So far, the suspects have admitted to threatening the girl, but gave no reason why or any insights on how they were able to force her to swallow cell phones and other dangerous objects when they were not around. Despite their admission of guilt, Josephine appears to be fearful and just wants the hex removed – no questions asked or sentences given … although she’s willing to pay a bribe or ransom.

A girl swallowing cell phones under the belief that a witch put a spell on her proves once again that old customs and fears die hard, even when mixed with modern technology and medicine.