In Memory of UFO Believer and TV Host Robin Leach

“It’s something that’s interested me from way back when in England as a newspaper reporter. And a good friend of mine, Buzz Aldrin, the second man on the moon, has told me stories of astronauts coming back to Earth reporting UFOs.”

While he was best known for being friends with the rich and famous, Robin Leach, the host for 11 years of “Lifestyles of the Rich and Famous,” was also a UFO believer and a friend of paranormal and UFO expert Lee Speigel, who revealed that side of Leach in a Huffington Post article in 2011. Robin Leach, known for his signature sigh-off, “champagne wishes and caviar dreams,” signed off for good on August 24, 2018, at the age of 76.

“Truth be told, Leach and I actually went UFO hunting one rainy night in 1976 up in Maine after hearing stories of many local citizens spotting strange nocturnal lights in the sky.”

Lee Speigel recounted his UFO adventure with Robin Leach while covering a fundraiser for the Keep Memory Alive center in Las Vegas, which raises awareness and funds to support the Cleveland Clinic Lou Ruvo Center for Brain Health. Leach was a major fundraiser and a charity auctioneer for the event.

“I haven’t ever really raised the subject with celebrities, probably because they’d think I was weird and mad. But we do know that over the years, everybody from presidents of the United States to major dignitaries around the world, and, certainly, some of our NASA space boys — they have claimed to have seen and photographed unexplained flying objects or phenomena.”

While Robin Leach didn’t broach the UFO subject with celebrities he interviewed on “Lifestyles of the Rich and Famous,” he did interview John Alexander, a retired Army colonel and author of “UFOs: Myths, Conspiracies and Realities”, for Las Vegas Weekly – an interview set up with the help of Speigel. The colonel told Leach about UFO disclosure at the U.S. presidential and world leader level and secrets he’s learned about Roswell and other real and alleged UFO incidents. Needless to say, Leach was characteristically excited.

“I am fascinated with the subject, and you can be certain the next time I run into the retired colonel, we’ll share a glass of fine champagne and maybe a little caviar and talk a little more about the phenomena.” 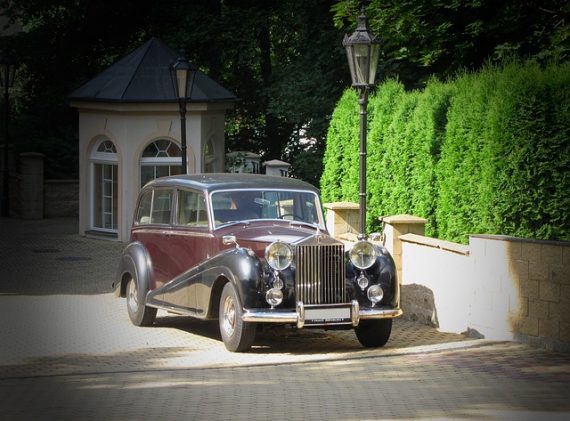 Robin Leach had reportedly been hospitalized since November when he suffered a stroke in the Mexican resort city of Cabo San Lucas. Tributes are already pouring in from around the world from the rich and famous who knew him. Did he also get a message from space? After what would be his last conversation with Leach, Lee Speigel said Robin wished for this:

“Maybe for my eventual bucket list, we should try for one more UFO encounter trip!”