Loch Ness, Scotland - a body of water around 22-miles-long - is mostly noted for its legendary, resident monster: Nessie. It's a fact, though, that Loch Ness has been the site of additional weirdness. Not just for years or decades, but for centuries. Long before Nessie was on the scene, Loch Ness was the haunt of Water-Horses and Kelpies. They were supernatural shapeshifters that would drag people into the deep water, drowning them and stealing their souls. Aleister Crowley (the "Great Beast") owned a home at Loch Ness. Its name was Boleskine House. Visitors to, and subsequent owners of, Boleskine House talked of strange vibes and of shadowy, supernatural things lurking in the old house. There have been more than a few UFO encounters at Loch Ness. And Nessie-seeker Ted Holiday had a chilling encounter at the loch with a Man in Black. And, there is the matter of a curious owl seen at Loch Ness in 2007, which is the subject of today's article.

The story involves a Scottish woman who I shall refer to as “Maxine,” and who I met in 2014. On a clear summer day in 2007, Maxine was walking her dog along the hills that overlook Loch Ness when she saw what, from her description, I can only describe as an "alien Grey." When she first saw it, at a distance of a couple of hundred feet, she assumed it was a young child – chiefly because of its short height. 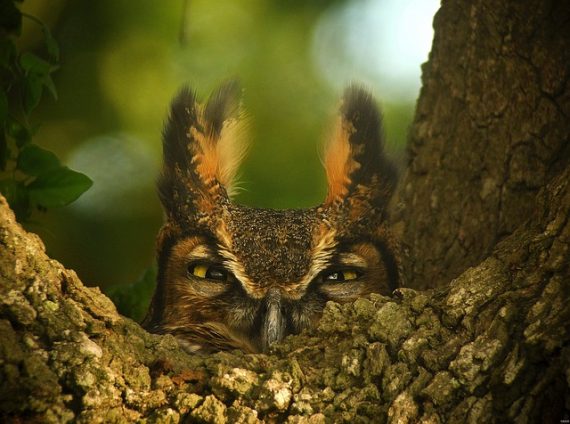 As she got closer, and as her dog froze to the spot, she could see that not only was it not a young boy: it wasn’t even human. Maxine and the Grey stared at each other for just a few seconds, after which it stretched its arms out and, in an instant, transformed into what Maxine described as an impossibly large owl: it was practically man-sized. It immediately took to the skies and headed across the loch at a fast rate. Maxine continue to watch, with astonishment, as the alien-owl thing vanished into the trees on the opposite side of the loch.

Maxine is one-hundred percent sure that she did not experience missing time. She does not have any vague memories of being taken aboard some kind of futuristic, alien craft. She is not plagued by graphic nightmares involving extraterrestrials. In fact, she is completely sure that what she recalls is exactly what she saw: a small, alien creature literally shapeshifting into the form of an owl.

Interestingly, since her experience took place, Maxine has come up with an intriguing theory to try and explain and rationalize the situation. She now believes that the Greys have the ability to transform their physical appearances. This, she also suggests, means that the Greys can spy on us whenever, and wherever, they choose, without being noticed for what they really are. If we see an owl, a black cat, a German Shepherd dog – the list goes on – we may actually be seeing something very different: a shapeshifting E.T. using a piece of brilliant camouflage. 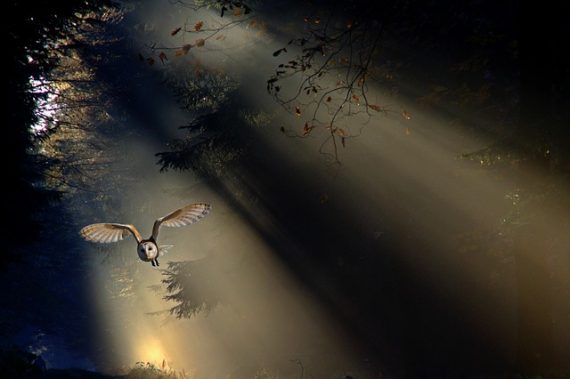 Whatever you may think of Maxine's theory (and her experience too), the fact is that there are numerous cases of UFOs and aliens being associated with, and linked to, owls. Check out, for example, Mike Clelland's 2015 book, The Messengers. Its sub-title will give you an idea of its content: Owls, Synchronicity and the UFO Abductee. You can find my review of Mike's book at this link. In part, I state:

"The chapter titled 'Owls as a Screen Memory' demonstrates something notable: that the UFO phenomenon often uses the owl motif as a means to mask the real nature of certain UFO encounters. Witnesses tell of seeing impossibly large owls, very often while driving late at night, and in situations involving so-called 'Missing Time.' We’re talking about people assuming they saw large, anomalous owls, when the reality of the situations was likely very different. Does the UFO phenomenon utilize owl-like imagery to try and ensure the witness fails to realize what really happened? This particular chapter suggests that’s exactly what’s going on."