While we continue to wait for the world’s first human head transplant, a man in Indiana survived what can best be described as something as close to a decapitation as one can get. Should he pay a visit to the potential head transplant patient with some words of encouragement? After you hear the rest of his story, you may think he should go to Las Vegas instead.

“Blood was just running down my face. My neck hurt but I didn't realize how bad it was hurt that night."

“That night” was January 12, 2018 – a date 22-year-old Brock Meister will never forget. Because he had been drinking during dinner, he got into the passenger seat of his pickup truck and a sober friend drove them to his grandparents’ house in Plymouth, Indiana, just 10 minutes away. Well, almost to his grandparents’ house. The driver hit a patch of ice and the truck spun out and rolled over onto the passenger side. The violent momentum pushed Brock – yes, he was wearing a seatbelt – out of the belt and through the side window. His cousin, also in the truck, managed to pull him back in. Despite the blood running down his face, Brock was conscious and appeared to be OK.

He wasn’t. It was determined at the hospital that Meister had suffered an extremely rare traumatic atlanto-occipital dislocation – in simpler terms, a complete separation of the skull from the spine. In even simpler terms, an internal decapitation that his doctor described as “almost a universally fatal event.”

Except for a lifelong lucky man named Brock Meister. When Brock was born, he was not breathing and his body was convulsed in seizures. Fortunately, he received CPR in time. Six years ago, he checked into the same hospital with brain cancer, which was brought to remission with the help of Dr. Kashif Shaikh. On January 12th, that same Dr. Shaikh was there and given another chance to help give Brock Meister another chance.

"That's really the most dangerous time for him, is when he's out in the field almost like a bobble head doll."

Shaikh credited Brock’s friend and the paramedics for saving his life by making sure he wasn’t moved while his skull was completely detached from his spine. Fortunately, his internal organs and his spinal cord sustained only minor injuries and Saikh and the ER team were able to reattach the skull to the spine with screws, and then stabilize Brock’s neck for months until it healed. As shown recently on Inside Edition (with photos and a video), with intense physical therapy he has recovered 50 percent of his original neck movement and, despite the pain, can move his arms and legs well enough that he can walk and may someday be able to live on his own. 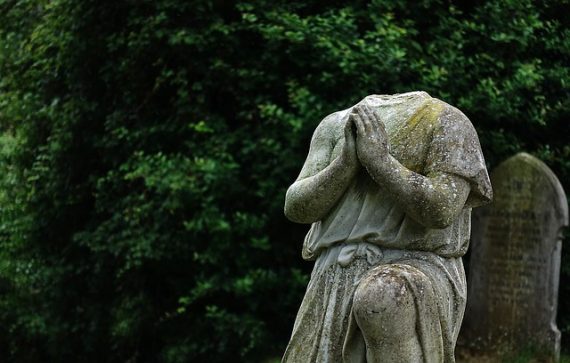 Is Brock Meister lucky or a medical miracle? Should he be used as a justification for head transplants? While the term for his condition is “internal decapitation,” he did not suffer what is the key difference between it and an external decapitation of the guillotine kind – the complete severing of the spinal cord and all arteries. That’s the part that the head transplant doctors are hoping to repair with a magic glue.

Meister can’t bring magic but he can definitely bring luck … unless he gets enough movement in his arms to use it at the blackjack tables instead.