So-called “rogue” planets have become a hot topic in astronomy. These planetary-mass objects do not orbit stars as most planets do, but instead orbit galactic centers due to being ejected from the systems in which they formed. In fact, some of these wandering or starless planets have never been bound to a particular stars at all, making them true rogues in a planetary sense. Rogue planets have been proposed as explanations for the ongoing Planet 9 mystery or why Uranus has such a peculiar alignment.

Some astronomers believe the universe may be brimming with rogue planets, and a recent discovery made using the National Science Foundation’s Very Large Array (VLA) might be one of the first steps to confirming that theory. Scientists using the VLA just announced the first ever radio-telescope detection of a rogue planet travelling through space untethered beyond our Solar System. The object, given the name SIMP J01365663+0933473, has a mass 12.7 times larger than Jupiter’s, yet has a magnetic field 200 times more powerful than the gas giant’s, making it a true anomaly. 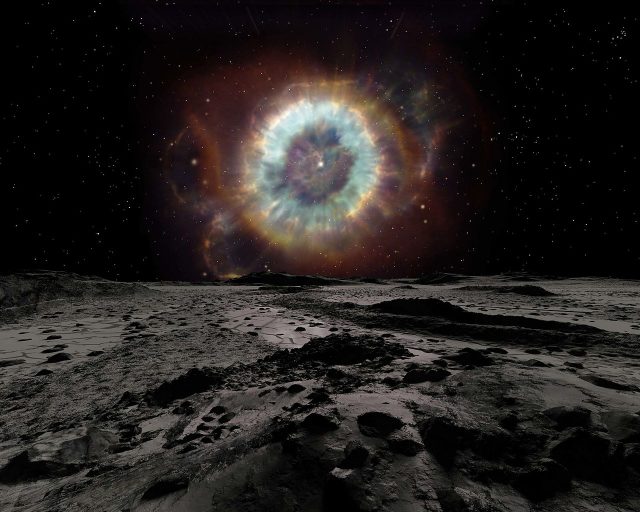 The identity or classification of the rogue planet remains somewhat of a mystery, because it seems to occupy a liminal space between brown dwarf and massive planet: too big to be a planet, yet too cold to be a star. The most curious feature of the rogue body is its incredibly powerful magnetic field. Melodie Kao, a Hubble postdoctoral fellow at Arizona State University who discovered SIMP J01365663+0933473, says the rogue planet (or whatever it is) could offer unique insights into the magnetic fields of planetary bodies:

This particular object is exciting because studying its magnetic dynamo mechanisms can give us new insights on how the same type of mechanisms can operate in extrasolar planets — planets beyond our Solar System. We think these mechanisms can work not only in brown dwarfs, but also in both gas giant and terrestrial planets.

SIMP J01365663+0933473 lies just 20 light-years away from Earth, and was discovered through its radio emissions rather than the traditional means of spotting planets through their gravitational effects - yet another sign that the future of space exploration may lie in detecting radio signals. Which one will be the one to change human history?

Mysterious Meteor Explodes Over Base and Air Force Is Strangely Quiet