Houston, we have a different problem.

It’s the stuff of thriller movie plots and space travel nightmares. A meteorite crashed into the International Space Station and pressure started dropping on the Russian side as oxygen began leaking out of the hole. A good screenwriter could spin this opening scene into 90 minutes of heart-thumping action, but NASA decided to let the crew continue to sleep and deal with it in the morning. Does NASA Need better technicians or better screenwriters?

"As flight controllers monitored their data, the decision was made to allow the Expedition 56 crew to sleep since they were in no danger. When the crew was awakened at its normal hour Thursday morning, flight controllers at Mission Control in Houston and at the Russian Mission Control Center outside Moscow began working procedures to try to determine the location of the leak."

The current ISS crew consists of station Commander Drew Feustel, Flight Engineers Ricky Arnold and Serena Auñón-Chancellor of NASA, Alexander Gerst of the European Space Agency and Oleg Artemyev and Sergey Prokopyev of the Russian space agency Roscosmos. Upon awakening (to the music of “Fixing a Hole" by the Beatles?), NASA sent them all over to the Russian side to look for the leak. Really!

And? They found it! The hole was no more than two millimeters (.078 inches) in diameter and located not on the ISS itself but in the Soyuz spacecraft currently docked to it. That spaceship has been attached there since June, so it’s considered part of the station. The hole appeared to have been caused by a micrometeorite impact and was apparently found by ESA astronaut Gerst who reportedly … get ready for this … put his finger over the hole! The little Dutch boy with his finger in the dike would be so proud.

It gets better. The space news website NASASpaceFlight.com was monitoring communications between ground support and the crew gave these updates on the initial repairs:

“Russian ground controllers say they are now into a deep dive evaluation of the hole. Sergey Prokopyev is still trying to hunt down a repair kit. They have taped the hole as a band aid. Plan is to clean up the area and add more permanent patches.”

Tape! Patches! And then …

“Now told to use a toothpick on the hole (likely to aid photography and scale). Then will apply sealant and cover it with a patch. General ISS pressure is holding stable now.” 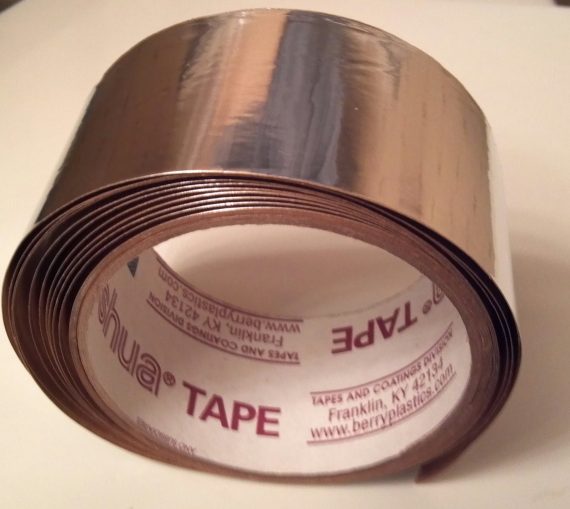 This is no space thriller movie … this is a sitcom for aliens watching Earthlings in their feeble attempts at space travel.

We’re glad the crew is safe and the hole is repaired. This shows how risky space travel is and how dangerous even a tiny meteorite or piece of debris can be. A permanent fix will most likely have to be made from the outside on a spacewalk.

NASA has probably already put in orders to ship up some Bondo, sandpaper and paint.

Apes and Us: Odd Similarities and Interbreeding Between Humans and Chimpanzees