More on the “No UFO Crash” at Roswell Saga

My previous article here at MU was titled "Roswell, UFOs, and 'Worrisome' Words." It started as follows. QUOTE: "Kevin Randle has a new article online right now. Its title is 'The Decline of Roswell.' It's on the matter of who, within the U.S. military, should have been briefed on what happened outside of Roswell, New Mexico in the summer of 1947, if indeed a UFO had crashed there. Kevin states that the late ufologist Karl Pflock discovered a '...document that reported on the Scientific Advisory Board Conference held on March 17 – 18, 1948, in the Pentagon. Colonel Howard McCoy was discussing Project Sign, the number of reports they had received, suggesting that there was something important going on. He said, 'I can’t tell you how much we would give to have one of those crash in an area so that we could recover whatever they are.'

"Given that Colonel McCoy was the intelligence-officer at the Air Materiel Command and to Wright Field, Ohio (the very place where, supposedly, dead aliens from the Roswell site were secretly taken), then he should have known about - and he should have been briefed on - the crash of a UFO. McCoy's words, though, suggest he knew zero about a UFO crash - anywhere." END OF QUOTE. 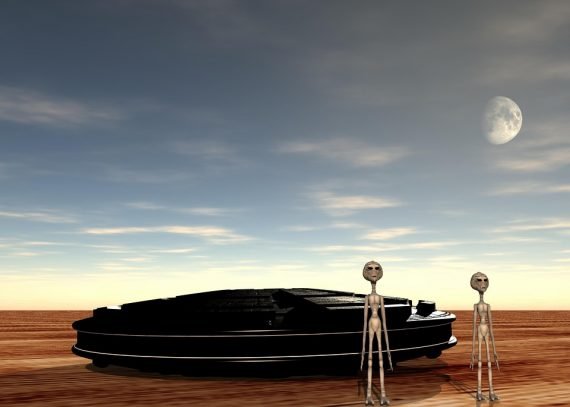 There is a lively debate going on at Kevin's blog right now, on this very issue. One of those who commented on Kevin's words used the alias of "Starman." He suggests that McCoy may have chosen to state there had not been a single UFO crash as a specific means to "kill" any and all lingering whispers of Roswell. To keep it all under wraps, in other words. The problem with Starman's theory is this: when the 1940s-era documentation was prepared, there was not even a single thought that, one day, the same documentation would ever enter the public domain - and for one and all to see - and thanks to the provisions of the Freedom of Information Act. If McCoy's words had been directed at the public or the media, then a good case could be made to the effect that words along the lines of "We have no crashed flying saucers" really were designed to crush any talk of Roswell. It would be a great way to bring the rumors of crashed UFOs to a halt. But, McCoy's words weren't directed to the public or the media. They were directed to McCoy's fellow colleagues in the military; high-ranking people who would have clearly known about a crashed saucer; just like McCoy would have.

Indeed, as Kevin himself notes in his article on this very issue: "Here's where we stand on this. The documentation that does exist, that came from identified government sources, signed by the men involved who we are able to vet, suggest that they know nothing of crash recovered debris. Being who they were and what their jobs were, they would have known [italics mine] and the discussion would take a different track."

For those in the UFO research community who believe that aliens crashed outside of Roswell (and which, I would suggest, is an extremely sizeable percentage of that same community) this is a big problem. A massive one, in fact. The McCoy documentation makes a convincing argument that flying saucers had not crashed. Anywhere. If ufologists are willing to work with their heads, rather than with their hearts, they might just realize that something really significant did happen relatively near Roswell, New Mexico in the summer of 1947. But, which had nothing to do with alien saucers. 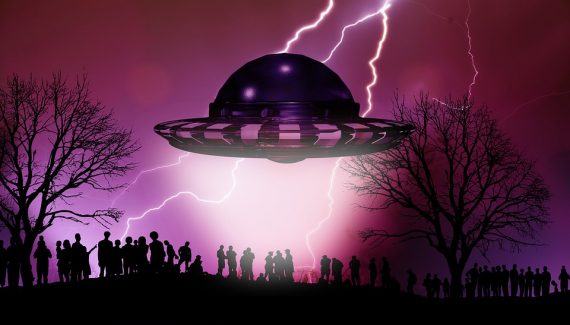 Of course, if further damning documentation (whether concerning McCoy or one or more of his colleagues) appears, then we may see a welcome and refreshing eroding of the ET theory for Roswell and the growth of something arguably more disturbing. Namely, revelations concerning a controversial experiment of ours, and not an extraterrestrial incident. Should such a thing happen, I predict that Ufology will unravel quickly. Incredibly quickly. Shock will set in. The shakily-spoken words "it can't be" will be uttered throughout Ufology. Urine will uncontrollably flow.

Then there are the spin-offs. If there are no crashed UFOs, then there are no dead aliens (whether at Wright-Patterson Air Force Base, at Area 51, or at the Dugway Proving Ground). No back-engineering of UFO technology. No alien autopsies. In rapid time, all of these cornerstones of Ufology may quickly crumble. And to the point where they disintegrate.

Should all of that happen - and if Roswell collapses as a UFO event - I hope that Ufology will continue to realize there are still some genuinely baffling cases out there. And that, even without Roswell, there are good encounters to solve. But, taking into consideration just how much of a massive presence and influence Roswell has in this field, I honestly don't think that Ufology - as it is today - can survive without the cursed case. That, however, is the collective fault of numerous ufologists, all eager to turn a genuine mystery into a tale of a crashed UFO - and championing that tale as often as possible.

NASA Detects Mysterious Wall at the Edge of the Solar System