Mysterious Meteor Explodes Over Base and Air Force Is Strangely Quiet

“Nothing to see here. Move along.”

Does anyone ever believe or follow those instructions anymore? Should you believe and follow them when they come from NASA or the military and concern a bright streaking object that explodes over a remote US Air Force base? That’s the question many are asking after it was reported that something resembling a meteor exploded on July 25th over Thule Air Base in Greenland, home of the 12th Space Warning Squadron and the Ballistic Missile Early Warning System which tracks nuclear missiles fired at the U.S. This occurred on July 25th, yet the news, when it appeared on social media and on various news sites, didn’t come out for almost two weeks. Still think there’s nothing to see and you should just move along?

“Meteor explode[d] with 2.1 kilotons force 43 km above missile early warning radar at Thule Air Base. We’re still here, so they correctly concluded it was not a Russian first strike. There are nearly 2,000 nukes on alert, ready to launch.”

Hans Kristensen, director of the Nuclear Information Project for the Federation of American Scientists, tweeted that on August 1, a week after an explosion over a critical location in the U.S. missile defense system which could have conceivably launched up to 2,000 nukes in response, had it been construed as a nuclear missile. This is not a place where you want a meteor, even briefly, to be mistaken for a missile.

The Center for Near Earth Object Studies (CNEOS) at NASA's Jet Propulsion Laboratory shows that the object was of an unspecified size and was traveling at 24.4 kilometers per second (about 54,000 mph) at 76.9 degrees north latitude, 69.0 degrees west longitude – putting it directly over Thule Air Base. As with so many of these Near Earth Objects, it was not detected until it was VERY near the Earth … as in exploding overhead. And by ‘overhead’ we mean in the airspace above a critical tracking and warning center for nuclear attacks … one capable of putting up to 2,000 missiles around the world on alert … or more.

“Nothing to see here. Move along.”

Really? In an interview with Task & Purpose, Hans Kristensen described the energy released in the explosion 27 miles above Thule as “very limited” – about the same as a very low-yield nuclear weapon. Sorry, Hans – a nuke is still a nuke, no matter how low its yield, and the world seems to be on a trigger-happy precipice when it comes to diagnosing and responding to such explosions – as evidenced by the tweets, comments and other social media reports. 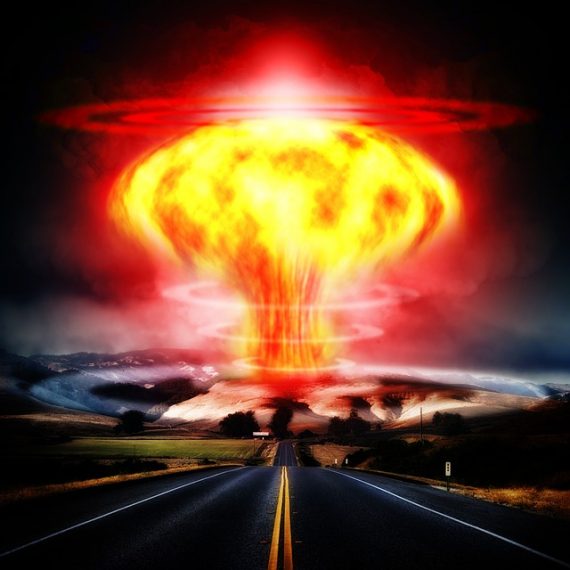 It's been nearly three weeks since the event. Does the U.S. military and the U.S. government owe its citizens an answer and an explanation about the strange explosion over the Thule Air Base with its 12th Space Warning Squadron and its Ballistic Missile Early Warning System? In these days of talks about a Space Force and space wars, the answer is a resounding and forceful ... and very nervous ... “Yes!”.