Mysterious Organisms Living Inside Gemstones and the Search for Alien Life

A recent scientific study reveals that life may exist in places we haven’t even considered before, possibly opening new possibilities in our search for life outside of Earth. According to new research published in PLOS One, garnets found in Thailand may be evidence of unknown forms of microbial life which are capable of living inside of the gemstones themselves, possibly representing an entirely new habitat for life. 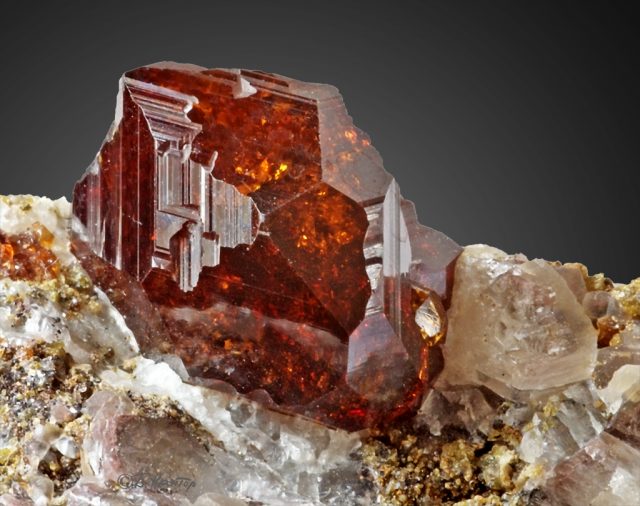 For years, geologists have observed strange systems of microscopic channels or tunnels in the centers of garnets. It was previously assumed that these were the product of some unknown geological process, perhaps the grains of another mineral working their way through the garnets. That would be difficult to prove however, because the only minerals capable of cutting through garnets are diamonds or sapphires.

With that mystery in mind, the University of Southern Denmark’s Dr. Magnus Ivarsson travelled to Thailand where garnets are commonly found in river sediments in order to find specimens of these channeled garnets and find out what might be creating the tunnels. After cracking a few open and searching for clues inside, Ivarsson and his team discovered evidence of lipids and fatty acids in the tunnels - evidence of life.

According to their publication, the presence of these molecules and the lack of them on the outside of the garnets can likely only be caused by some type of unknown microbes living inside the stones themselves:

The exact processes through which microbes can eat garnet and create these tunnels remain unknown. There are organisms known as endoliths which can live inside of rocks or minerals, but these are typically found in softer, more porous minerals or rocks such as sandstone.

While on one hand this is merely the discovery of some weird germs inside pretty rocks found here on Earth, this study could have far-reaching ramifications for our search for extraterrestrial life. If life can be found inside of a relatively hard mineral on Earth, who knows in what other overlooked or seemingly far-fetched places else it might be hiding?