NASA Detects Mysterious Wall at the Edge of the Solar System

We live inside a cosmic bubble. Far beyond Pluto, at the edge of the vast expanse of interstellar space between our solar system and all the others is a wall. It's a thin wall, like the surface of a soap bubble, made up of compressed interstellar matter that is held their by the energy emanating from our sun. As the sun's solar winds push out into deep space, interstellar matter—molecules of hydrogen and other elements—meet the force of the solar winds and, too small to fight them, compress into an interstellar shield of sorts, a bubble surrounding our solar system as it careens through the Milky Way. According to a paper published on August 7, NASA believes that they may have detected the mass that makes up this mysterious boundary between us and the rest of the universe.

NASA's New Horizons probe flew past Pluto in 2015, and researchers are still receiving data from it, and likely will for a long time to come. The latest data New Horizons has sent back includes an increase of ultraviolet light that scientists say is likely due to the compressed hydrogen that makes up the interstellar wall. Similar findings were reported by the Voyager probes 30 years ago, and getting the same findings in 2018 strengthens the case that what they've found is, in fact, the boundary area where the sun's influence begins to drop off.

Like most scientific findings, the team is quick to say that it is not confirmed yet. They say there's a chance that the increased light may not be coming from the hydrogen wall, but might be another, as of yet unknown, source in interstellar space. They say that the telltale sign will be whether or not the  New Horizons probe keeps detecting light after it passes where the wall should be. If it stops detecting light, then it means that it was actually detecting the wall. If the readings remain the same, then it has to be something else. it takes a long time to do things in space, and it will likely take another 10 years before they can know for sure. Luckily, the instrument known as Alice that New Horizons is outfitted with has enough power to be operational for another 15 to 20 years. 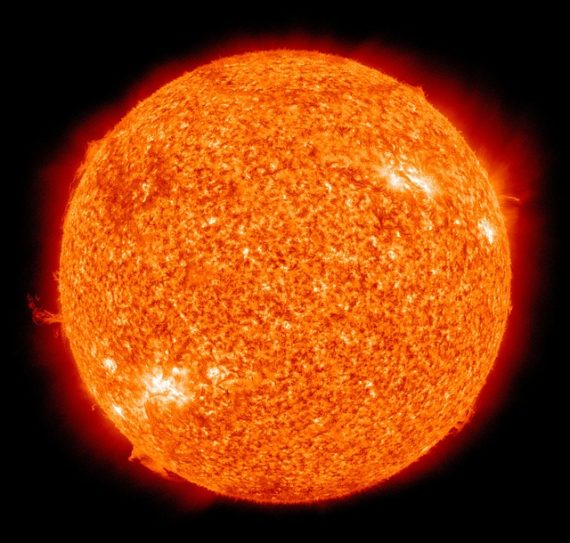 It's only fitting that the giant ball of fire responsible for all life keeps a nice little bubble around its children. Unfortunately, its a bubble that only stops very small things. The object named Oumuamua broke through it not so long ago, and one day something bigger is going to crash through like the Kool-Aid man on a bender and it'll be game over. Thanks for nothing, sun.

Henge Discovered at Newgrange Might Have Been Used for Ancient Astronomy