Not “Nessiesarily” Photos of a Monster

The biggest development in the story of the Loch Ness Monster – post-1933, that is, when the "modern era" of sightings began – occurred in 1972. That was when a couple of astonishing photographs surfaced that added much weight to the theories of those who believed the Nessies to be plesiosaurs (marine reptiles that became extinct millions of years ago). It was all thanks to Dr. Robert Rines, who died in 2009, and who was the President of the Academy of Applied Science, Boston, Massachusetts. He was also a skilled musician and composer, and someone who worked in the field of law. He had a Bachelor of Science from the Massachusetts Institute of Technology and a PhD from National Chiao Tung University, Taiwan,

In a quest for the truth of the Nessies it all began in the waters off Urquhart Castle on August 7, 1972 and continued into the early hours of August 8. Rines and his colleagues were on-board a boat and recorded something remarkable on their Raytheon sonar equipment. The sonar was anchored at around 35-36 feet and some object, or creature, was perhaps ten feet below it. As for its size, the sonar readings suggested something in the order of twenty to thirty feet in length. On top of that, a large numbers of fish seemingly fled the area in question, right at the time the sonar recorded the presence of the large, whatever-it-was. The device was rigged to take photos every fifteen seconds, and which was most fortuitous, since the camera seemingly caught nothing less than the near-pristine image of a large, plesiosaur-like flipper and a portion of the body to which it was attached.

The Legend of Nessie website reveals, more specifically: “The picture obtained, although indistinct due to the murkiness of the water, show the offside hind quarter, flipper and part of the tail of a large animal with a rough textured skin of a greeny-brown color.” Too good to be true? Unfortunately, yes. 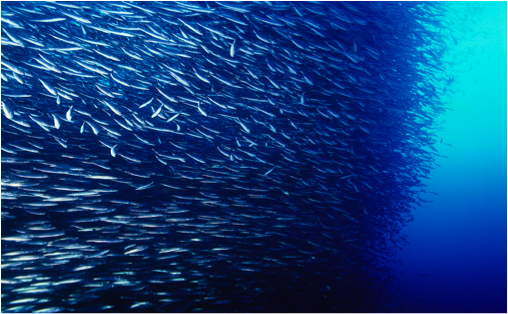 Darren Naish is a respected paleontologist, and someone with a deep interest in cryptozoology. Naish is someone who not only doubts the veracity of the Rines photos, but who is very vocal in his belief that they are fakes. Naish’s words are not without foundation. In fact, he is right on target. It’s now known that, at the absolute very least, the images were – and to put it diplomatically – manipulated and enhanced. It’s important to note that Naish is no debunker. Rather, he is someone who has an open-mind on the matter of cryptids and their possible existence, but who has studied the Rines pictures carefully and who concludes they are sorely lacking in credibility.

Dick Raynor was one of the people aboard the boat on the night of August 7/8, 1972. Raynor says something that, in a fashion which leaves no room for interpretation, contradicts the story that so many have heard and so dearly want to believe: “The enhanced ‘flipper’ photographs show incongruous shadow features which I cannot explain other than as deliberate artistic improvement, i.e. ‘retouching.’”

Those who faithfully adhere to the notion that the Nessies are flesh and blood animals, and possibly plesiosaurs, should take careful note of the words of Raynor. He was, after all, one of the key players in the story, on-site and on-board at the time, and someone with no motivation whatsoever to denounce the imagery without a good reason. His words offer a solid, fact-based explanation for why the pictures do not, and cannot, show what they appear to show: a flesh and blood animal of the plesiosaur variety.

It’s interesting to note that Sir Peter Scott and Robert Rines used these photos as the basis for a new name for the Nessies: Nessiteras rhombopteryx, which just happens to be an anagram of “Monster hoax by Sir Peter S.” That could, however, be nothing more than an extraordinary coincidence, since Nessiteras rhombopteryx also translates as “Yes, both pix are monsters, R.”

Rines caused an equally big stir in 1975 when he secured even more fantastic and controversial images, one of which seemed to show a gargoyle-like head, and the other the head, neck, body, and limbs of what does look very much like a plesiosaur. It has been suggested, however, that the head is either a tree-stump or the head of the model Nessie that was used in Billy Wilder’s 1970 movie, The Private Life of Sherlock Holmes. What is unknown to even many Nessie enthusiasts, is the fact that during the filming of the movie, the life-sized model head and neck of the monster unfortunately sank beneath the waves and were never recovered – something which some monster-hunters have suggested makes it not at all implausible that an occasional underwater photo of an assumed Nessie head might actually be a photo of the carefully crafted creation of special-effects experts. As for the plesiosaur-like imagery secured by Rines in 1975, Darren Naish suggests that pareidolia – the brain’s attempt to interpret and transform random imagery into something more – was the culprit.

The Rines photos led many to conclude that the Loch Ness Monsters were real, flesh and blood, breathing animals. But, with a certain amount of "retouching" having been applied, we should discard the photos as evidence of unidentified animals in Loch Ness.

Another Sphinx Discovered in Egypt