Offspring of Neanderthal and Denisovan Found in Siberia

"For never was a story of more woe than this of Juliet and her Romeo.”

If the Bard was around today, he might append that line with “except for Neanderthal Nancy and Denisovan Dan,” a couple from different sides of the hominin track who, unlike Shakespeare’s famous couple, managed to consummate their relationship and have a child. In fact, despite their differences, their families may have joined together to celebrate the birth. Does this prehistoric play have a happy ending?

"But I never thought we would be so lucky as to find an actual offspring of the two groups."

As reported in the new study co-authored by Viviane Slon of the Department of Evolutionary Genetics at Germany’s Max Planck Institute for Evolutionary Anthropology and published this week in Nature, a one-inch-long bone fragment found in Denisova Cave in Siberia in 2012, when the Denisovans were discovered, was recently pulled from a pile of unidentified bone pieces from the cave and analyzed. Initial protein tests indicated it was definitely hominin and it was given the name Denisova 11. (Denisova 2, Denisova 3, Denisova 4, and Denisova 8 are the four known Denisovans found in the cave.) DNA tests conducted in 2016 showed that Denisova 11 had a Neanderthal mother.

“That's when we realized something was a bit funky about this bone.”

Slon told National Geographic that tests conducted on Denisova 11’s nuclear DNA, which comes from both parents, showed a high level of diversity or heterozygosity in its genome – a sign that they were entirely different species of hominin. With the bone being found in Denisova Cave. That narrows the identity of the father down to a Denisovan. Based on the teeth, it appears the Denisovans were the bigger of the two species by a sizable margin, according to study co-author Svante Pääbo.

“They seem to have been very large and robust, even compared to Neanderthals. They were probably pretty impressive.”

So, size mattered even in prehistoric times.

“Don't waste your love on somebody, who doesn't value it.”

Good advice from the Bard that may have also applied in the Denisova Cave. So, who valued whom in this Neanderthal-Denisovan love match? The combined parentage of Denisova 11 (Hybrid Hannah? Mixed Mary?) indicates that Denisovans and Neanderthals got along pretty well and were more likely to have eventually intermingled with modern humans and been peacefully assimilated rather than killed off. 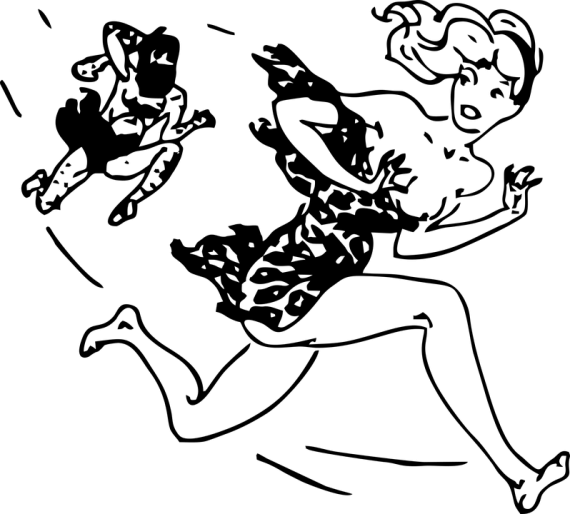 However it ended, there’s still much to learn about how this heterozygotic romance began and how it flowered between the “robust” Denisovan (played in the upcoming movie by Dwayne Johnson) and the fair but feisty Neanderthal (played by Kate McKinnon). Working title is “I Know What You Did in That Cave Last Summer.”