February 8, 2016 was a very strange one for me. Or, to be absolutely correct, it was a strange night. I went to bed around midnight, and, at roughly 2:00 a.m., I was semi-woken up by the sounds of what began as unintelligible, disembodied mumbling. They appeared to be coming from something lurking in the shadows of the darkened hallway that links my bedroom to my living-room. I then heard something speak to me in a deep, gravelly, and hoarse whisper that was not at all unintelligible: “I can help you. Just say ‘yes,’” it said.

The skeptics would almost certainly say that what I experienced was a bout of so-called sleep-paralysis – a condition which can result in an inability to move, and a sense of intense and impending danger in the bedroom. I don’t doubt that’s what it was. But, where I differ from the skeptics is that, unlike them, I believe sleep-paralysis has an external, rather than an internal origin. We’re talking about dream invaders of just about the vilest kind possible.

Even in my partially-asleep state I knew there was nothing but dangerous deception and manipulation at work. I said out loud “No,” and focused on putting a barrier between me and it. Whatever it actually was. I got a distinct and disturbing feeling that had I said “Yes,” I would have given the unearthly thing permission to invade my space and wreak god knows what kinds of havoc and mayhem. I also got the feeling that the thing was massively pissed by my negative response. It should be noted that tales of supernatural entities that require an invite into a person's home  - or, as in my case, permission to provide "help" - are not limited to the likes of cheesy vampire movies. There are multiple, dangerous things that require permission to enter our homes.

A Woman in Black put in an appearance at Point Pleasant, West Virginia when Mothman mayhem was at its height. She claimed to have been the secretary of acclaimed author on all-things paranormal, John Keel, author of The Mothman Prophecies. Just like her male counterparts, she turned up on doorsteps late at night, waiting to be invited in, before grilling mystified and scared souls about their UFO and Mothman encounters. Then vanishing into the night after carefully instilling feelings of distinct fear in the interviewees. Only when numerous people got back to Keel did he realize the sheer, incredible, scale of the dark ruse that was afoot. Keel had to break the unsettling news to each and every one of the frightened souls who contacted him: “I have no secretary.”

Then, there is the story of Martin, who lives just outside of Tecumseh, Oklahoma. Martin’s encounter with a pair of Black Eyed Children occurred in March 2011. I was able to interview him personally just a few weeks after his experience. Martin was home alone when he had just about the worst encounter was possible. On opening the front-door, late at night and after a loud knock jolted him, he  got the shock of his life. Martin was confronted by a boy and a girl – both around eleven or twelve years of age and with large, black, eerie-looking eyes. The girl was dressed in jeans and a long-sleeved black top, while the boy had the almost-ubiquitous black hoodie. Both looked sickly and scrawny and is if they needed a hearty meal in them. 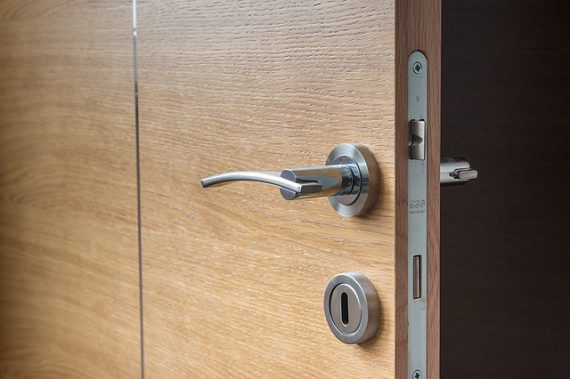 The girl said, several times: “We need to eat. May we come in?” Martin said that he recalls her words accurately, and he felt that the girl’s use of the term “may we?” (instead of “can we?”) sounded like “how people talked way back.” There is one missing portion from Martin’s story: he cannot recall how the pair got into his house. He recalls inviting them in – “it felt like I said it in a dream” – but, the next thing he remembers is seeing the pair standing in front of him, while he was sat on his living-room couch. The girl said just one word: “Eat.” At that point, Martin suddenly felt deathly ill, almost as if he had been drugged. He has vague memories of the pair exiting his home, after which he collapsed on his bed. Martin did not wake-up until well into the following afternoon.

In a follow-up article I will address the matter of why, exactly, these things might require an invite and our permission to interact. Until then, be very careful when opening the front-door, late at night...

Russian Spacecraft Witnessed Behaving Unlike Anything Seen Before