Paranormal Politics and the Politics of the Paranormal: Mexico’s Future Secretary of the Environment Believes in Mayan Aluxes

No matter how much (or little) Tom DeLonge and To the Stars have shifted the attitude of the mainstream with regards to 'taboo' topics like UFOs, showing an active interest in these kind of topics can still break a career --particularly in the political arena. Who can forget the humiliation endured by Dennis Kucinich in front of a live TV audience in 2007, when he was queried by the moderator of the Democratic debate Tim Russert about an alleged UFO sighting he'd had next to Hollywood's New Age high priestess, Shirley MacLaine?

The candidate who eventually won both the nomination and the election, Barack Obama, quickly recognized the toxicity of the topic and dodged Russert's 'alien-alloyed bullet' when he was asked if he believed in life on other planets; he responded, “you know, I don't know. And I don't presume to know. What I know is there is life here on Earth, and that we're not attending to life here on Earth.” During his two entire administrations, he would only refer to the subject of UFOs in jest.

Fast forward to December of 2017 and Stanton Friedman's New York Times paradox (in which skeptics could belittle the possibility of unidentified flying objects visiting our world with impunity, because 'serious' media outlets like the NYT or the Washington Post didn't bother to cover the subject) no longer applies. All of the sudden it is OK for politicians to talk about UFOs and not be ridiculed out of the public arena  --although it is more convenient if they are already retired, like senator Harry Reid.

Ok, so UFOs are no longer as radioactive as they used to be, politically speaking. But what about other fringe mysteries? 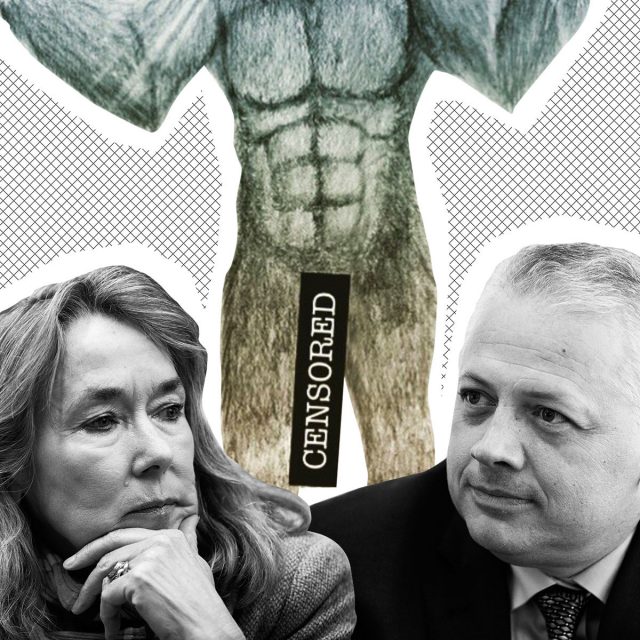 Last month there was another unexpected convergence between and Politics, when Leslie Cockburn (Democrat candidate in Virginia‘s 5th district) attempted to discredit her opponent, Republican Denver Riggleman, over his literary forays in the genre of 'Bigfoot Erotica.'Whether Cockburn's sting against his Fortean fetishist rival proves successful or not remains to be seen; too bad Riggleman wasn't competing for West Virginia's 3rd district, which includes Mason county --whose capital seat is… Point Pleasant.

But the main reason I'm writing this article is because on MY side of the Rio Grande, word has recently got out that the person who has been appointed by president elect Andrés Manuel López Obrador to direct Mexico's Secretariat of Environment and Natural Resources (SEMARNAT), Josefa González Blanco, recently declared she believes in the existence of the aluxes, the Mayan equivalent of fairies or gnomes in Celtic lore.

"They are goblins. We have a historical record (of their existence); in Toniná (Chiapas) there's a place where the aluxes are and they are the guardians of the rainforest. But they are goblins, and like all good little people they are neither benevolent or malevolent; they are what they need to be and what they want to be," said the future head of SEMARNAT.

In order to leave no doubts (of her beliefs), she reasserted that "they do exist and they are not a folks tale. They can scare us. Where the ocelot cat roams, there are little footprints (found)," implying these are the tracks of the mythical Mayan beings. 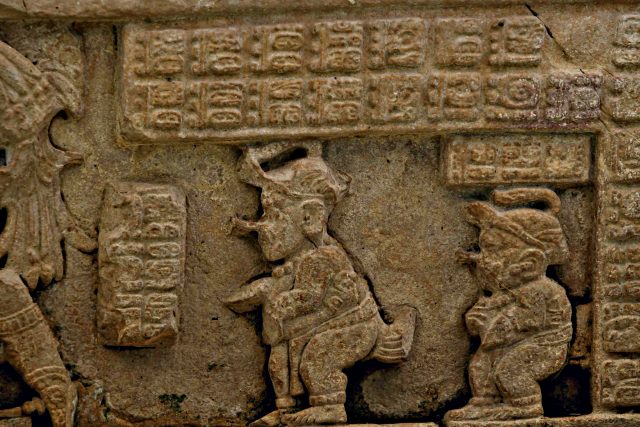 This is not the only scandal surrounding Mexico's future Secretary of the Environment, mind you. On a recent TV interview inside of what was presumably González Blanco's home, the cameras showed the living room was adorned with ivory statues made out of elephant tusks --not exactly the most fitting ornament for someone supposedly preoccupied with natural conservation. She later clarified to the media the house was not hers but belonged to her parents; which doesn't really improve things that much, if you ask me, because if you can't convince your own family about the importance of preserving endangered species, what are your chances of convincing other people?? 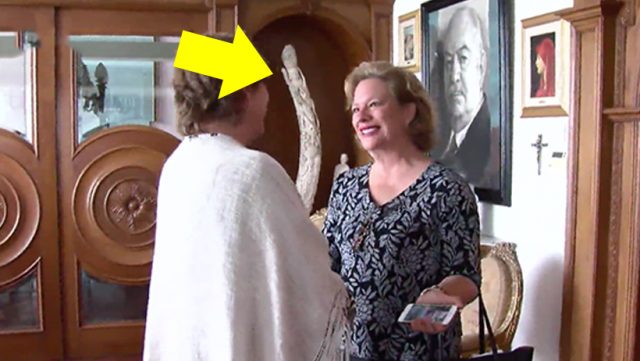 The elephant tusks may bring Josefa González Blanco's commitment to the environment into question, but her unconventional beliefs in the existence of the aluxes cast doubt not only on her competence, but her sanity in the eyes of the Mexican public, who are just as diligent in the spreading of mean memes as their American neighbors.

And yet, as a veteran Fortean, I dare ask: Is this fair? Or is the acceptance (or rejection) of unconventional ideas merely a matter of cultural reflection?

Leaving aside the fact that there's a greater chance of a candidate who believes in the Chupacabras winning an election in the United States, than a politician running on an atheist platform ever getting elected in a country in which 8 out of 10 people believe in some sort of deity, let us now look at an example of a highly developed country in which the paranormal harmoniously co-exists with politics: Iceland. 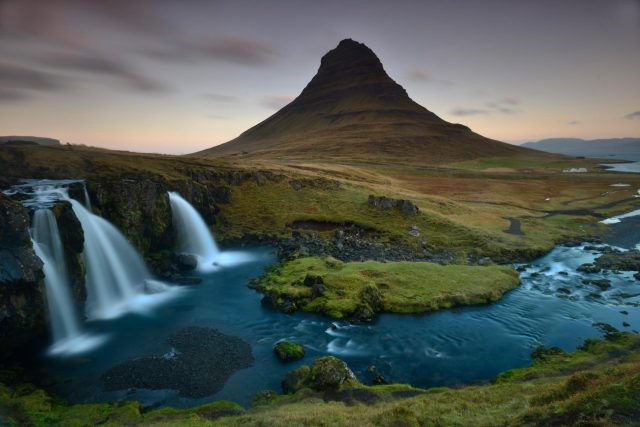 In this Nordic nation, belief in the existence of elves is so widespread the design of highways can be altered in order not to disturb the lairs of the little people.

“There are many stories of machines breaking down and workers becoming ill when they interfere with elf rocks,” says Bryndís Björgvinsdóttir, a writer and folklorist who teaches at the Iceland Academy of Arts in Reykjavik. “The elves are seen as friendly, beautiful creatures, but you have to respect them, or they will take their revenge.”

Iceland is ranked at the 13th place among the most educated nations in the world --above the United States, Germany, France and the UK-- but over there in the island of Viking descendants, the loonies are not the ones who believe in magical invisible entities with a deep connection to the landscape, but the other way around. No doubt their minister of the Environment, Guðmundur Ingi Guðbrandsson, wouldn't bat an eyelash should he ever meet with his Mexican counterpart, and learn on her personal views about the aluxes. Perhaps the Icelandic politician would even welcome a belief in Nature elementals taking care of the Mayan lands, since these type of folkloric traditions --whether based on some modicum of reality or not-- foster a sense of respect for Nature and the need to preserve the environment.

Among the many controversial plans he wants to put into motion in his future administration, president elect Andrés Manuel López Obrador wants to build a train that would travel all around the Yucatán peninsula, connecting many of the ancient ruins left by the Maya which have now become important tourist attractions. The project would not only cost billions of dollars, but it would no doubt threaten thousands of acres of precious rainforests. One has to wonder: Will Secretary González Blanco try to communicate with the aluxes in order to obtain their approval for the train, or will the Mexican government risk sparkling the wrath of these mythical guardians? 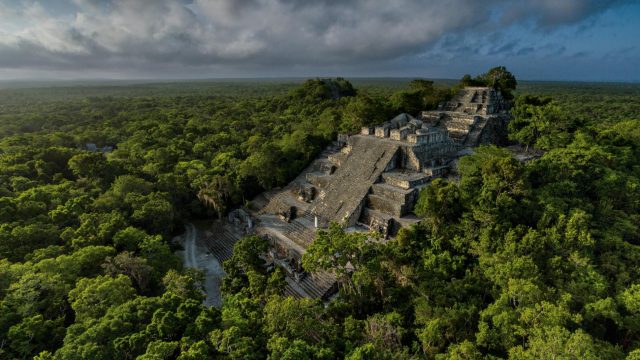 The Strange Tale of an English Witch