Parents Fear Their Children Are Falling Under the Spell of Momo

Social media is having a tough time getting any respect these days and Momo isn’t helping. Who? If you don’t know, you probably don’t have any teen, tween or pre-teen children. This alleged game called the “Momo Challenge” started on the WhatsApp messaging service owned by Facebook (you knew they would be involved somehow). A WhatsApp user is asked to add “Momo” and is soon bombarded with messages encouraging them to commit violent acts, including suicide.

How does the Momo Challenge work? According to a report in the Buenos Aires Times about a teen suicide believed to have been influenced by it, a 12-year-old girl committed suicide recently by hanging herself from a tree in her backyard after recording herself on her phone.

"The phone has been hacked to find footage and WhatsApp chats, and now the alleged adolescent with whom she exchanged those messages is being sought."

This is the first suicide connected to Momo, but similar stories are being reported around the world. If it sounds familiar, some are comparing it to the Blue Whale Challenge of 2016. That one was allegedly started in Russia on the Russian-based VKontakte social network by a group called F57 which sent out increasingly difficult challenges over a 50-day period which culminated with a challenge to commit suicide. While there were reports of up to 130 Blue Whale Challenge suicides, none have been substantiated. 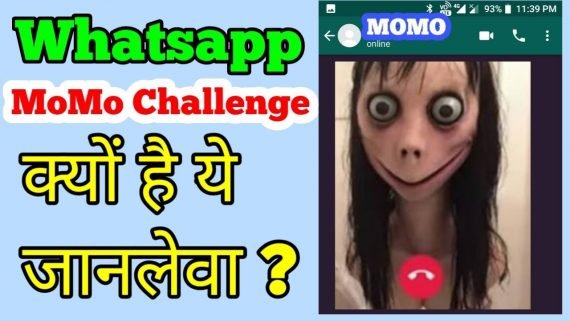 Other than the case in Argentina, the same is true of Momo. The creepy picture of Momo that accompanies many messages has been traced to photographs of a sculpture created by Japanese doll artist Midori Hayashi for the special effects company Link Factory that went viral and were then used for the Momo challenge, which appears to have started in Spanish-speaking countries (Mexican police issued warnings) and then went viral. In the U.S., news stories refer to it as the fear-inducing "Momo suicide challenge" and comments include panicky adjectives like "Satanic. Hellish. Devilish.” In the U.S., articles are comparing it to Slenderman, which is better known there than Blue Whale and was related to a 2014 attempted murder by two teen girls in Waukesha, Wisconsin. 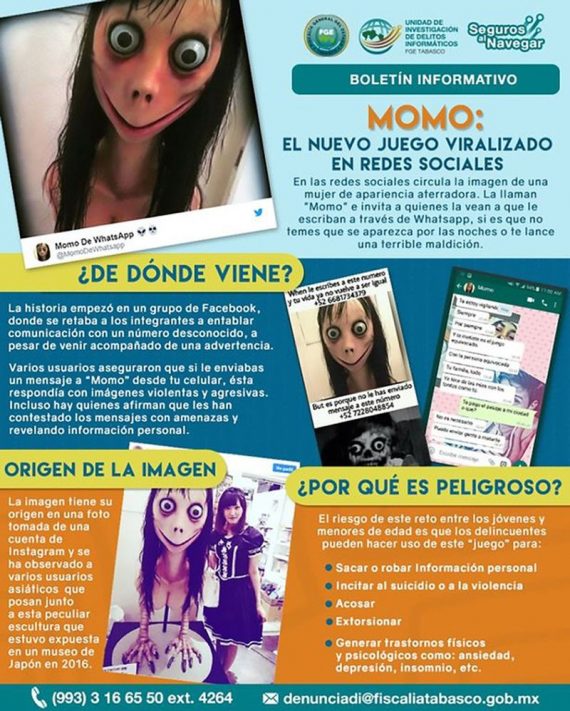 As expected, parents are concerned as school is starting pretty soon. Besides instructions to talk to your kids and monitor their online activities, a WhatsApp spokesperson encouraged users “to report problematic messages to us so we can take action.” That’s especially true if you notice anything unusual with your bank account or credit card statements, since security experts say the real purpose of the Momo challenge is to allow cyber-criminals to collect personal data through the challenges.

What is the solution to Momo and the copycats that are sure to follow? Is this a case of cyber-crime hiding behind teen angst? Social media run amok? Lazy parenting? Overwhelmed parenting?

Who is YOUR finger pointing at?