People Buried at Stonehenge Were Not From the Area

The mystery of who brought at least some of the stones to Stonehenge may have been resolved by researchers who have unlocked another mystery … who is buried at Stonehenge? It turns out some of them weren’t from the immediate area – they were from …

Not so fast. Let’s look first at the fine forensic footwork done by researchers from Vrije Universiteit Brussel in Belgium, the University of Oxford and other universities. They were taking yet another look at the cremains (cremation remains) buried at Stonehenge about 5,000 years ago and first discovered in the 1920s in what are now known as the Aubrey holes. The cremains found there covered with a bluestone were later reburied in one Aubrey hole and eventually re-excavated in 2008. Those cremains contained 25 bone fragments from skulls that were radiocarbon-dated to at least 3180 BCE, centuries before the first stones were erected. Who did they belong to? 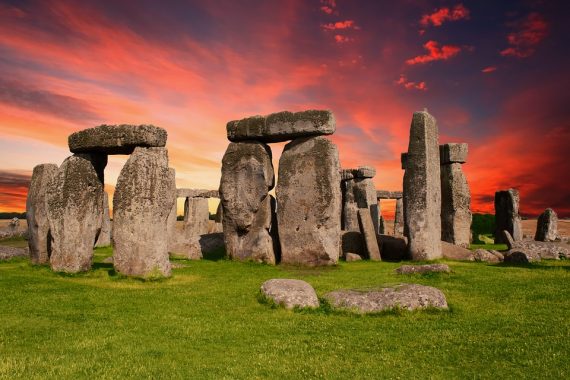 Enter Christophe Snoeck, co-author of the study published in Nature Scientific Reports, and budding forensic analyst. He knew that strontium isotopes in bones can reveal where a person lived, but it has long been believed that cremation destroys these isotopes. Hoping to prove otherwise, Snoeck obtained a pig’s foot and shoulder from a local butcher and built a hog funeral pyre in a college backyard. While the heat, which reached 1000 C (1832 F), destroyed the parts that normally supplied isotopes (like tooth enamel), it crystallized the bone and sealed some usable isotopes inside.

“As a chemical engineer in love with archaeology, this looked like the perfect challenge. Cremation indeed destroys all organic matter including DNA, but the inorganic matter survives. Clearly when it comes to light chemical elements such as carbon and oxygen these are heavily altered, but for heavier elements such as strontium – about seven times heavier than carbon – no alteration was observed. On the contrary, thanks to the high temperatures reached, the structure of the bone is modified, making the bone resistant to post-mortem exchanges with the burial soil.” 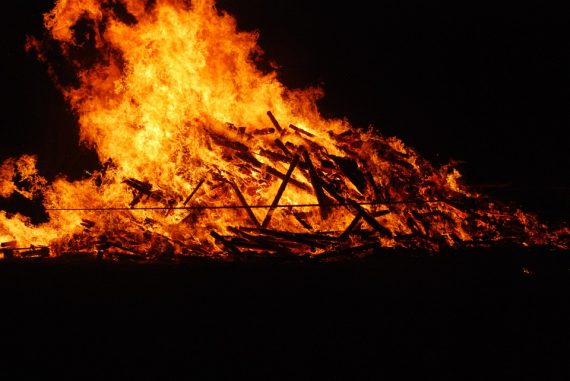 Brilliant! The Guardian reports that Snoeck and his team were then allowed to test the cremains and determined that at least ten of the people they belonged to came from … drum roll please … west Wales and surrounding areas over 100 miles away. If you’re into connecting dots, west Wales is the location of the Preseli Hills where Stonehenge’s bluestones were quarried. Could these be the people who dragged them to Wiltshire?

"Finally, the results suggest that at least some 'non-local' individuals were cremated away from Stonehenge, and that their cremated remains were brought to the site for burial, perhaps in conjunction with the raising of the bluestones."

Study co-author Dr. Rick Schulting thinks these were not the stone haulers but very important people brought to Stonehenge for burial.

"Being buried at Stonehenge is the ancient equivalent of being interred in Westminster Cathedral today."

The researchers are hoping to now conduct similar strontium isotope tests on other Stonehenge cremains. In the meantime, let’s not forget to honor the pigs who provided the bones that made this discovery possible.

The Mysterious Saga of Indrid Cold