"Judging by the depth, the foal could live 30-40 thousand years ago. However, accurate data will be known after a detailed study. The foal has completely preserved a wool cover of dark brown color, mane, tail and internal organs. Visible damage is not. This is the first find in the world of a fossil horse of similar preservation and such a young age.”

Even with the poor Google translation, there’s no mistaking the elation being expressed by Grigoriev Semyon Egorovich, the head of the laboratory of North-Eastern Federal University (NEFU) Mammoth Museum in Yakutsk, Russia. He was describing the perfectly preserved remains of a three-month-old foal he and his team found frozen in permafrost at a depth of 30 meters (98 feet) in the famous Batagaika Crater in eastern Siberia. (Picture of the foal, Egorovich and his team here.) The Ice Age foal was discovered by researchers from Scientific Research Institute of Applied Ecology at NEFU, scientists from the Japanese University of Kindai and a Fuji TV crew. 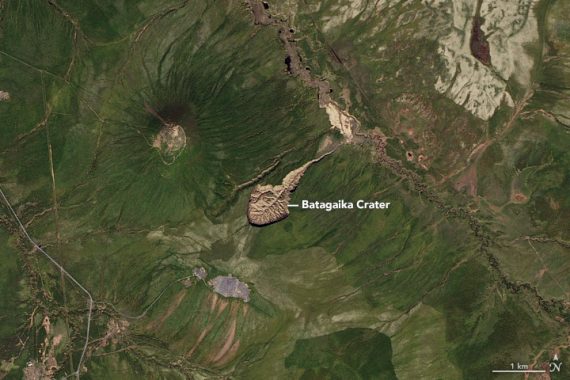 The find is good news for scientists and bioarcheologists and also for the Batagaika Crater, which is frequently referred to as the Gateway (or Doorway) to the Underworld because of its odd shape and controversial history. The area began sinking in the 1960s after the surrounding forest was cut down and the permafrost began to melt … never a good thing, especially in sinkhole-filled and methane-trapping Siberia. The crater has continued to grow because the area is so unstable and still thawing. Fortunately, that also makes it easier to find fossils without extensive digging.

The foal has its dark brown coat, mane, tail and internal organs and appears to be so well preserved that some of the reports say stripes can be seen on the fur of its legs – which would be unusual and unexpectedly zebra-like for a Siberian horse from the Palaeolithic period. 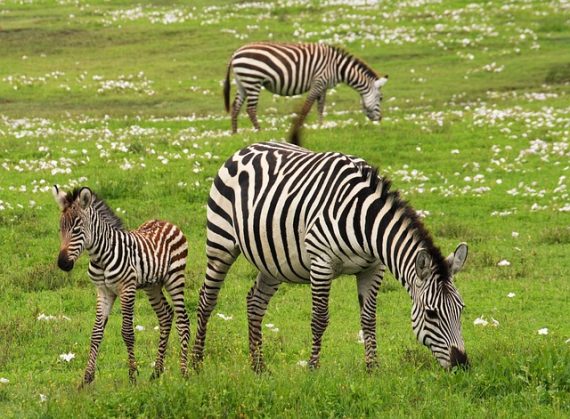 What’s next for the old-yet-young foal? With the quality of preservation, controversial talk of cloning a creature from 40,000 years ago has already begun, joining a bison calf from the same crater and the famous well-preserved female woolly mammoth baby discovered on Russia's Arctic Yamal Peninsula.

Does the knowledge gained by analyzing these well-preserved frozen carcasses from 40,000 years ago (and possibly bringing them back to life in some form) compensate for the climate change that is freeing them from the permafrost that has held them for so long? What good is a prehistoric animal park if there’s no one to visit it?

More on the “No UFO Crash” at Roswell Saga