Being called “The Bermuda Triangle of ____” is never a good thing … just ask the people who have disappeared the Bridgewater Triangle (Massachusetts), the Bennington Triangle Glastenbury), the Dragon's Triangle (Japan), the Michigan Triangle (you can figure this one out yourself) and the Matlock Triangle (Derbyshire Dales). These other triangles are on land or in the ocean, but none are on ice. That unique distinction belongs to Piteraq Alley, the Bermuda Triangle of Greenland, and this mysterious area is in the news because researchers announced they have found a lost World War II P-38 from the infamous Lost Squadron under over 300 feet (91 meters) of ice in the Piteraq Alley. 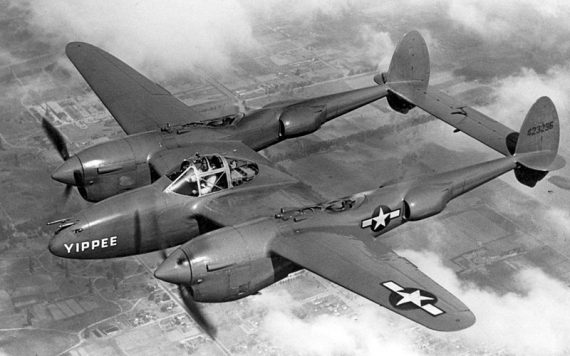 Credit for the discovery goes to businessman Jim Salazar and Ken McBride from the non-profit Arctic Hotpoint Solutions and Fallen American MIA Repatriation Foundation (FAMIARF), who have spent a number of years searching for planes and crew remains lost in the area, especially the Lost Squadron – a group of two B-17 bombers and six P-38 fighters flying from the U.S. to Britain in July 1942 as part of Operation Bolero, delivering planes, pilots, equipment and supplies for the war. The path they followed was known at the time as the Snowball Route – a string of secret bases from Maine to Newfoundland to Greenland to Iceland to Scotland. Greenland was a crucial stop – it was the only reliable source of cryolite, a mineral used to produce aluminum for the planes.

"It's Greenland's 'Bermuda Triangle' … the weather there shifts in a matter of minutes. As a pilot, you can clearly understand why there were so many difficulties in that area."

By “difficulties,” Salazar means that the Lost Squadron planes weren’t the only ones lost in Piteraq Alley. While the indigenous Intuits didn’t know about airplanes or Bermuda, they did know about the dangers of the Alley – Piteraq means “that which attacks you” and is their word for Greenland’s severe snowstorms that can appear in just minutes. Despite searches, a piteraq likely covered the downed planes quickly and nothing was found until 1992, when the first P-38 from the group was discovered, recovered and restored. Salazar himself has been leading searches since 2011, but it wasn’t until July 2018 that one of his drones using ground-penetrating radar found evidence of something unusual in the ice. They then used a thermal probe to melt through the ice to a depth of 300 feet, where they found red i5606 Hydraulic fluid from the P-38. As Live Science reports, further investigations identified it as P-38 "Echo," piloted by Army Air Corps Lt. Col. Robert Wilson. (Pictures of the drone and the expedition can be seen here.)

That’s as much as Salazar’s team can do for now … it’s Greenland and winter is already blowing through. Next summer, he plans to dig and melt through the ice to recover the P-38 and any remains, then return it to the U.S. for possible restoration. He will also be looking for two other victims of the Greenland Triangle – a C-53 cargo plane (a converted DC-3 civilian aircraft) which crashed in late 1942 and a U.S. Coast Guard Duck aircraft which crashed in a futile attempt to rescue the survivors. 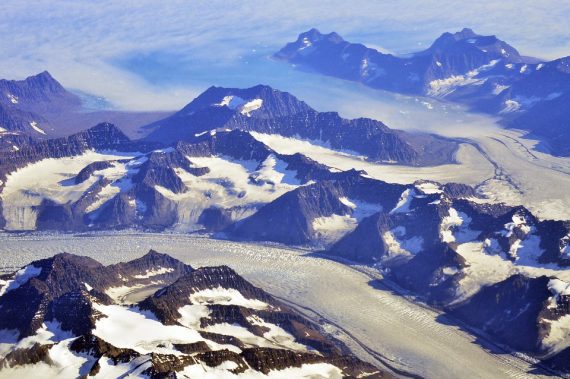 Are there any other victims of the Greenland Triangle? It appears planes have avoided the area due to the severity and unexpectedness of piteraqs. Also, piteraqs are a low-altitude weather phenomenon. These high-density katabatic winds start on Greenland’s icecaps and are pulled by gravity down the slopes like ground-hugging hurricanes. The Danish Meteorological Institute has measured speeds from 50 to 80 m/s (180-288 km/h; 111-178 mph). On February 6, 1970, the community of Tasiilaq was hit by the worst documented piteraq ever in Greenland, with winds estimated at 90 m/s or over 200 miles per hour. Since then, the Danish Meteorological Institute has been issuing piteraq warnings.

Piteraq Alley has definitely earned its title as Greenland’s Bermuda Triangle. While not as mysterious, it’s unquestionably as deadly and worth avoiding in the air or on the ground.