In my recent article,"U.K. Government UFO Research: The Real Picture," I shared the story of how the U.K.'s police - specifically Special Branch -  secretly opened, in the 1950s, a surveillance file on George King, the founder of the Aetherius Society. But who, exactly, was George King? Well, that's the subject of today's article. George King was born in Wellington, Shropshire, England in 1919 to parents George and Mary, and went on to become one of the most well-known of all the Contactees of the 1950s and 1960s. Even from a very young age, King was surrounded by distinct high-strangeness. His mother and grandmother both claimed to be psychics; and, in his book You Too Can Heal, King related how, at the age of eleven, and while his mother was seriously ill and confined to bed, he headed deep into the heart of nearby woods, where he prayed intently for her speedy recovery. As he did so, King said, an “angelic being” manifested before him in the ancient woodland, instructing him to return home, as his mother was now fully cured. After excitedly racing home and learning that she was indeed restored to full health, a realization came to King that his life was not at all like that of the other kids in the neighborhood.

At the outbreak of the Second World War, King – a “conscientious objector” who refused to fight for his country against Hitler’s hordes – took a position in London with the National Fire Service, ultimately becoming a section-leader. By the time the hostilities were at a close - in 1945 - King was in his mid-twenties, and had begun to develop a deep interest in yoga, alternative therapies, and new-age-style belief systems. This radical change in the mindset of King came to the fore on a Saturday morning in May 1954, when, while doing nothing stranger than washing the dishes in his Maida Vale, London apartment, he heard a loud, disembodied voice cry out: “Prepare yourself! You are to become the voice of Interplanetary Parliament!”

Allegedly, in the days, weeks and months that followed, said King, he became the recipient of countless channeled messages: from a “great Yogi adept” who materialized in his apartment and warned him of “the unfeeling march of science into the realms of the atom.” Further messages came from a highly spiritual, Venusian being named Aetherius, who bestowed a wealth of words of wisdom upon a shocked, yet profoundly elevated, King. Indeed, so elevated and changed by the cosmic experiences was King that he quickly quit his job as a taxi-driver, and established the Aetherius Society, believing that space-aliens held “the key to the salvation both of the planet as a whole and of every individual on Earth.”

On July 23, 1958, King, somewhat outrageously, claimed a close encounter with none other than Jesus Christ atop Holdstone Down – a 330 meter-high hill above the village of Combe Martin, in the English county of Devonshire. So the story went, thirteen days earlier, King received a channeled message from Aetherius, who advised him to travel to Combe Martin where he would receive instructions from an “adept from Mars.” Seeing nothing strange in this at all, King dutifully did as he was told. Sure enough, upon taking his position on Holdstone Down he could see a “blue sphere” hovering over the waters of the Bristol Channel; after which Jesus – dressed in a flowing and glowing robe, and sporting a wand – manifested in the skies above. 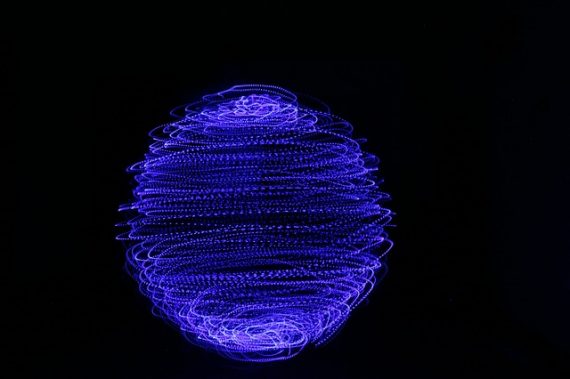 The researchers Dr. David Clarke and Andy Roberts say: “Waves of energy passed between the entity and King who was plunged into a religious rapture before ‘Jesus’ stepped into a beam of light and vanished. King realized that Holdstone Down was now charged, a spiritual power battery whose energies were inexhaustible.” It seems King’s own energies were inexhaustible, too: one year later, he founded an American branch of the Aetherius Society – in Los Angeles, where King ultimately moved to live permanently, and where he continued to spread the words of wisdom bestowed upon him by the various other-worldly entities with whom he claimed to have communed.

Clarke and Roberts add: “The Aetherius Society were never a huge organization, indeed their numbers rarely totaled more than one thousand members worldwide…The Aetherius Society was not for everyone but, for those seekers who wanted or needed a spiritual dimension to their saucer beliefs, they provided a philosophy, structure and network of sincere like-minded souls.”

George King suffered a heart-attack in 1986, underwent a multiple heart bypass in 1992, and died in Santa Barbara on July 12, 1997. The Aetherius Society continues to thrive.