The Westall UFO incident remains one of Australia’s most infamous and mysterious events involving anomalous aerial phenomena. On the morning of April 6, 1966, over 200 students and teachers at two different schools in Melbourne witnessed a bizarre object nearly the size of a car descend from the sky and hover motionless near a stand of trees near the Westall State School.

The object was described by the 200+ eyewitnesses as saucer-shaped, either grey or silver, and featuring a rod or antenna on its top. Some of the students reported it had a slight purple hue, while other witnesses thought it appeared greenish. The object hovered for nearly twenty minutes, leaving a circle of yellow flattened grass, before launching back into the sky at a high rate of speed after five other unidentified aircraft began circling the object. Several children reportedly collapsed from fright.

Of course, no records of any civilian aircraft in the area were found, while the Royal Australian Air Force also reported no flights in that area. Newspapers at the time reported that it “might have been a weather balloon.” Of course.

To add to the mystery of the Westall incident, just this week a rare and seemingly long-lost audio recording surfaced on YouTube in which Australian UFO researcher and photographer James J. Kibel describes his initial interview with Andrew Greenwood, a science teacher at Westall High School (now Westall Secondary College) who witnessed the event. Kibel recorded his recollection of the interview to send to American physicist and UFOlogy pioneer James. E McDonald.

Kibel recounts to McDonald how Greenwood recalled the object’s movements as the “most amazing flying he had ever seen in his life.” When students first alerted Greenwood to the object, Kibel notes, he was initially skeptical until he saw it for himself:

Greenwood told me the UFO was first brought to his attention by a hysterical child who ran into his classroom and told him there’s a flying saucer outside. He thought this child had become deranged or something so he didn’t take any notice, but when the child insisted that this object was in the sky he decided to go out and have a look for himself.

The object’s flight behavior described by Greenwood sounds eerily familiar to anyone who’s read reports of UFOs being pursued by traditional aircraft:

The planes were doing everything possible to approach the object and he said how they all avoided collision he will never know. Every time they got too close to the object it would slowly accelerate, then rapidly accelerate and then move away from them and stop. Then they would take off after it again and the same thing would happen. 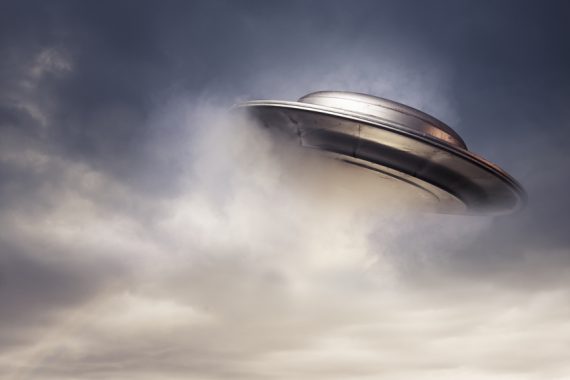 While this audio recording doesn’t offer up any new information about the Westall incident, the audio offers a new near-first-hand account of the incident from one of the principal witnesses. It is also disturbing to hear that students and staff were threatened to never speak of the incident again - what did the headmaster know? Or what did he not want to know?

To this day, the mystery of the Westall incident remains unsolved. The site of the encounter is now a memorial park complete with a flying saucer-shaped playground. Many former Westall students who witnessed the event met at a reunion in 2006 to commemorate the sighting, and time had done little to alter their recollections. For skeptics, it has been suggested that the object was likely either an off-the-books experimental military craft or a drogue towed behind aircraft for target practice. For believers, the incident remains one of the most compelling UFO events given the large number of eyewitnesses and the fact that they all gave nearly the same testimony.

Parents Fear Their Children Are Falling Under the Spell of Momo