It’s the gift that keeps on giving … at least if you’re interested in Egyptology, mummies, strange brews, archeology and mysteries. We’re talking, of course, about the mysterious giant marble sarcophagus found in Alexandria, Egypt, recently that generated excitement when it was found, intrigue when rumors flew about its mysterious contents, puzzlement when the contents were not what was expected, disgust when some people wanted to drink the water inside and more questions when the remains turned out to be both men and a woman, with one skull showing a round surgical hole. If that wasn’t enough (it never is when it comes to Egyptian artifacts), some mysterious gold sheets that were mistakenly reported to be inside some of the bones have been analyzed and the pictures on them add to the mystique and mystery of the sarcophagus.

Luxor Times tweeted photos of the tiny (approximately 5cm by 3cm or 2 in by 1 in) gold sheets, also referred to as panels, found with the skeletons. Mostafa Waziri, secretary-general of the Supreme Council of Antiquities, told Ahram Online that the panels (seen in this video) may be related to the military rankings of the three people buried in the sarcophagus. If true, it will be interesting to see which one belonged to the woman since female soldiers were sometimes depicted in Egyptian drawings. 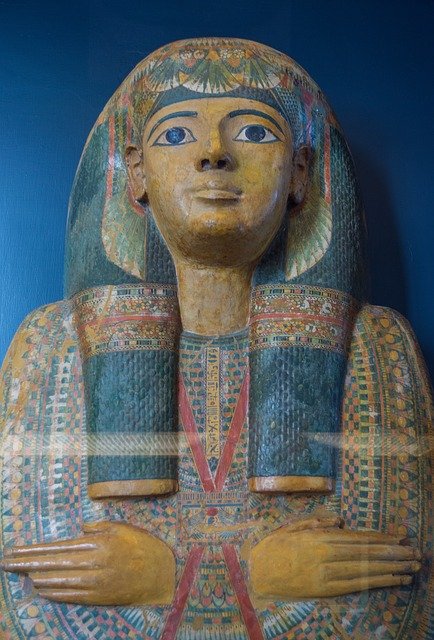 Live Science contacted several experts to analyze the pictures of the panels and got a detailed report from Jack Ogden, president of the Society of Jewellery Historians and one of the foremost experts in the field. Ogden identified one image as an unhooded snake, which "had connotations of rebirth — they shed their skin — and thus [are] perfect in a funerary connection" and is often associated with the goddess Isis. However, those weren’t enough for Ogden to confirm this jewelry belonged to the female in the sarcophagus.

The other two sheets were more puzzling. One is a plant, possibly corn or a palm branch, which would again symbolize rebirth when placed with the dead. The last contains what looks like an opium poppy seed pod in a shrine, which Ogden speculates could have symbolized medicine (opium had medicinal usages in in Egypt) or getting stoned and entering a dream or coma-like state to symbolize death – or perhaps even induce it? As Ogden said of this panel, “It is intriguing." 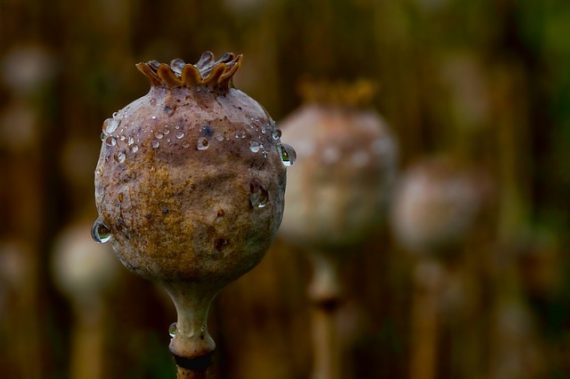 Indeed. Why was gold or jewelry placed with these bodies in a coffin that was quite possibly being shared due to mysterious circumstances. Were these people related? Heroes of the same war or battle? Killed by the same disease or plague? Something else?

What else is in this mysterious sarcophagus and why is it trickling out so slowly? Is the Ministry of Antiquities milking it for its tourism value … or it hiding something?

What more gifts will the mysterious giant black sarcophagus give?

The Kitsune: A Mysterious Shapeshifter