Strange Odors in Utah and California are the New Mysterious Booms

While parts of the world are asking “Did you hear that boom?” or “What the heck is that humming sound?”, some people in Utah and California are wondering “What’s that horrible odor” and the rest are being told by the authorities, “If you smell something, say something.” Are strange odors replacing the mysterious booms?

“It’s just putrid. It just outright stinks, for lack of a better phrase.”

“When you smell it, you know it’s that smell. It was everywhere, so I even went inside because I was like, ‘holy cow!’”

Those are just two of many comments residents of West Valley City (a Salt Lake City suburb and the second largest city in Utah) have been making, not just recently but for years about a mysterious odor that no one seems to be able to explain, no one will take ownership of and no one can stop. 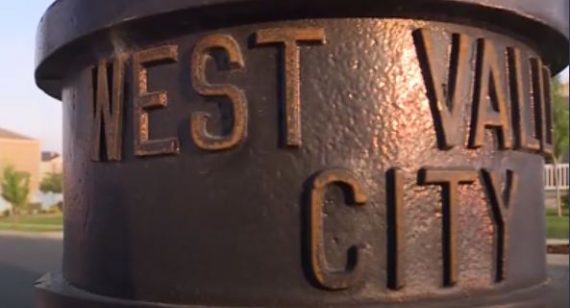 The easy answer is to look for a landfill or a waste processing plant and you can seemingly kill two birds with one stinky stone by pointing fingers at a company that processes human waste located near the Salt Lake Valley Landfill. Unfortunately, it’s just outside the border of West Valley City and, despite the fact that the smell has been a problem since at least 2011, the company claims it has taken plenty of measures to fix. Since there’s still an odor, the local government has set up a “stinky smell hot line at: 801-965-7667” and a web site (www.wvc-ut.gov/smell) for reports.

Could it be something else fouling the air in West Valley City? Well, there’s a phenomenon known to locals as “Lake-Stink” which comes when the very shallow Great Salt Lake is stirred up by storms and decaying matter rises to the surface, mixes with saltwater vapors and rises into the air.

Or it could be outgassing. Wait, what?

Residents of Oceanside and La Jolla, California, have complained for years about strong odors in their city, and the answer is always “outgassing” and the explanation is always “we don’t know what causes it but don’t worry, it’s safe.” Outgassing is the release of gas that was trapped, frozen, absorbed or somehow stored in a material. In Oceanside, the material could be the ocean floor or rocks on it, and the gas could be from seismic fissures, offshore drilling activity or something else. In any case, “we don’t know” is not the right answer for people who are holding their breath, closing their windows and rubbing their burning eyes.

These mysterious odors seem to be happening more frequently and, while businesses, the military or government operations are often the cause, they’re sometimes not. The same is true of the mysterious booms and hums and even the less frequent but still disconcerting mysterious foams.

Which would you rather have: a smell, a boom or a foam?

Are strange occurrences with no explanations the new norm? Does it help to say something if you smell something?

If that’s the case, we need a LOT more hotlines.