One of the formative experiences of my childhood which I credit with launching my interest in aerial phenomena and astronomy was the 1997 visit of comet Hale-Bopp. For a few magical weeks, my father would walk me to the end of our street each night where we had a perfect view of the eerie fireball hanging in the night sky. I credit that comet (along with a healthy dose of pop culture) with instilling in the much younger me a sense of wonder about the universe and what might lie unseen just at the edges of our knowledge.

For others, the comet represented something else entirely. For a few dozen seekers in California, the arrival of the comet was seen as the coming of a spacecraft meant to take their souls to a new life on some non-terrestrial plane. The only hitch was they would have to commit suicide in order to board this “spacecraft.” Between March 24 and 26, 1997, thirty-nine members of the Heaven’s Gate cult led by Marshall Applewhite asphyxiated themselves with the aid of Phenobarbital-laced applesauce and vodka, believing their souls would then travel to the Hale-Bopp comet/spacecraft en route to a new level of existence. All were found with a five-dollar bill and three quarters in their pockets and were wearing identical black sweat suits and brand new black-and-white Nike Decades.

Whether or not the cultists reached their cult-y space nirvana aboard the comet is anyone’s guess (spoiler alert: they didn’t). Two of the Heaven’s Gate members survived though, choosing not to participate in the suicide pact for unknown reasons. Today, the strange and unfortunate story of Heaven’s Gate has become a recurring topic in pop culture. 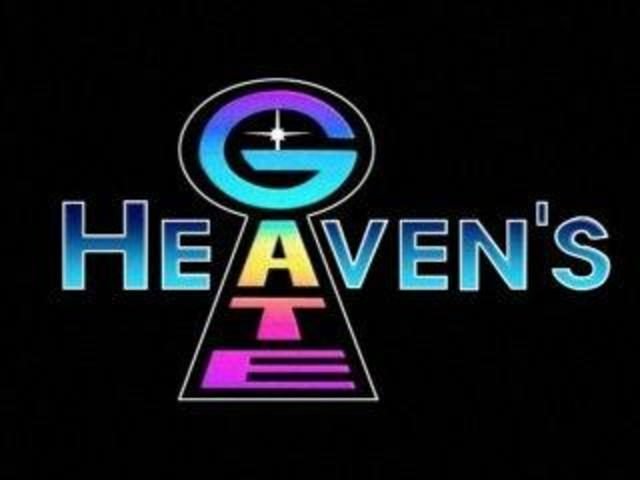 He is using and adapting our copyrights and trademarks without our permission and the infringement will be taken up with our attorneys. This is not fair use or parody, it it a direct and clear infringement.

It turns out Lil Uzi Vert has even changed his Instagram username to “Marshall Applewhite” in the past. Is this merely a case of pop culture appropriation done in poor taste, or has Lil Uzi Vert bought one too many pairs of black-and-white Nike Decades? The courts will decide.