The Berwyn Mountains’ UFO: A Case That Never Dies

If tales of crashed UFOs are your thing, then you will probably have heard of the alleged UFO crash on the Berwyn Mountains, North Wales on the night of January 23, 1974. There are rumors of roads cordoned off by military units, of strange bodies secretly taken to Porton Down, Wiltshire, England, and of a huge cover-up to hide the truth. As Wikipedia notes of Porton Down: "Porton Down is a science park, situated just northeast of the village of Porton, near Salisbury in Wiltshire, England. It is home to two British government facilities: a site of the Ministry of Defence's Defence Science and Technology Laboratory (Dstl) – known for over 100 years as one of the UK's most secretive and controversial military research facilities..."

Andy Roberts states in his book on the case, UFO Down!: "In 1958 Gavin Gibbons wrote a children's science-fiction novel By Space Ship to the Moon,which featured a UFO landing on Moel Sych in the Berwyn Mountains of North Wales. Sixteen years later, in a surreal case of life imitating art, those very same mountains would again be the focus for a story involving a downed UFO. But this time, some said, the story was for real."

Andy is of the opinion that nothing of an extraterrestrial nature came down on the mountain. Rather, he concludes that the affair was a case of mistaken identity. Not a doomed UFO (and its doomed  crew) anywhere in sight. Instead, Andy believes that it was all the result of a localized earth tremor and the presence of a meteor, both roughly at the same time. Back in the late 1980s and through the early-to-mid 1990s, I was quite open to the possibility that there was more to the case than something of a very down to earth nature. But, as time went by, and as more data came along, I began to lean towards Andy's theory. I still do. But, that doesn't take away the fact that intriguing tales concerning the incident still continue to appear and circulate.

As for that saga of alien bodies allegedly found at the (equally alleged!) crash site and transferred to Porton Down, it surfaced in 1996. The source was (unfortunately...and perhaps inevitably...) anonymous. The story was given to the late UFO researcher and police sergeant, Tony Dodd. At the time, Dodd was working with Graham Birdsall's UFO Magazine. As for that source, Dodd gave him the alias of "James Prescott." According to Prescott, he was directly involved in the incident: the role of Prescott and his team was to drive a number of alien bodies - in crates - from the mountains and to the aforementioned Porton Down. As is the case with so many tales of crashed UFOs, the Porton Down story stalled, and the source retreated back into the shadows from where he came. Ufology was left with an interesting - but totally unverifiable - story.

Although I think Andy got it right with his meteorite/earth tremor theory, I am still open-minded when it comes to the possibility that something strange may have happened. I don't, however, think that aliens were the cause of all the fuss. A military event? Maybe. Over the years I have received fourteen accounts from various people (mostly retired U.K. military) who had heard of the Porton Down link years before the James Prescott revelations reared their collective head in 1996. Today, I'll share with you one of those accounts, with more to follow soon. Regardless of what you may think of the following, the good news is that all of my sources are speaking on the record. No "James Prescott"-type hidden identities here.

“I spent thirty years in the Royal Air Force as an aircraft engineer,” explained Bob Bolton, when I met him in way back in 2000 (and who granted me permission to share his story - and, yes, that is his real name). “I had various postings, including at Akrotiri in Cyprus; RAF Honnington; and at RAF Valley in North Wales from 1971 to 1974. My wife’s family came from Corwen. At the time the thing on the Berwyns happened, they lived up on the side of the mountain and her mom still lives there to this day. From where their house is, if you walk up the path that goes behind the houses up and onto the top of the mountains, you’re talking perhaps a mile and a quarter away from where it all occurred; so it’s not very far away at all. 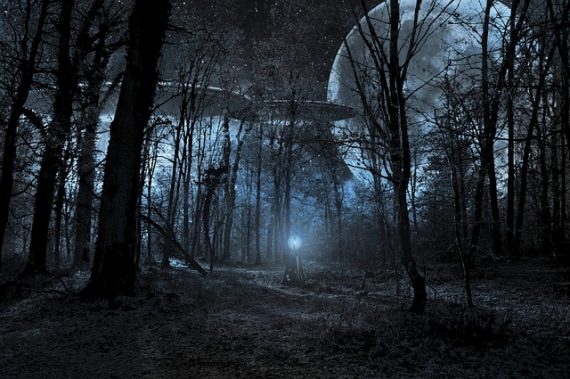 “Her mom still remembers what happened on the night of 23 January [1974]. She said to me when I spoke to her about it just recently: ‘I saw aircraft and heard aircraft shot down during the Blitz and it was like an aircraft coming down, but the sound was louder, bigger, heavier that anything you could imagine to do with an aircraft.’ They didn’t know what it was. They heard the noise first of all and ran out into the road. They weren’t the only ones: all their neighbors ran out as well. It got louder and louder and louder and they couldn’t see anything in the sky but then they felt the impact where the houses shook and she had things fall off the mantle-piece in the house.

“It was my wife’s dad who told me the story about bodies being found on the mountain. His name was Harold Smith. He had a full-time job with Vauxhall at Elsmere Port; he was a local councilor and was also a part-time Sub-Fire Officer at Corwen. One day we got talking and got on to the subject of UFOs and he said to me: ‘Oh, well, you obviously don’t know about the incident up on the Berwyn Mountains.'

“I first heard the story from him around 1976. At that time he only told me that bodies had been brought down from the mountain and didn’t say anything more. Nothing about who brought them down or where they were taken. But from 1979 to 1982 I was posted to Germany and he came out to stay with us for a month and it was here that he told us a lot more.

“I remember that the information he told us had apparently come from another person in the North Wales Fire Service whose son was in the Army. But it’s not surprising that he would have been told: he was a well-respected man and knew people throughout the North Wales Fire Service, including at Bala and Wrexham. He told me that while the police weren’t involved, the Army was – heavily. I can’t give you an exact date when they visited and he told us this, but it was definitely between 1979 and 1982. He said there were definitely lorries from Porton Down at the scene; that there was a lozenge-shaped object on the mountainside; and that bodies were taken off the mountain and driven to Porton. And, to this day, my wife’s mother can confirm that she was told the story about Porton Down and bodies, too – either in the late 1970s or the early 1980s.

“I do remember him saying that when he had first told me this story in 1976, he didn’t know that it was the Army who had taken the bodies off the mountain and he didn’t know at the time that they’d been taken to Porton Down. So, he must have learned that between 1976 and when he came to see us in Germany.”

The legend of the Berwyn Mountains' crashed UFO lives on...