The Internet is Crowdfunding the Release of CIA Mind Control Documents

It’s no secret that the CIA has engaged in some downright spooky and rather out-there stuff over the years. Between attempting to kill goats by staring at them  and experimenting with remote viewing, the CIA has looked into some of the deeper mysteries of the human mind in order to, well, whatever it is the CIA really does. Keep tabs on foes and friends alike? Monitor and regulate the global zeitgeist in an attempt to maintain the current world order? Control our minds?

When it comes to that last one, it’s well known that the CIA experimented with mind control through its infamous MKUltra experiments carried out in the mid-twentieth century. Families of victims of those experiments have made some progress in seeking truth and reconciliation for those horrible experiments which took some unfortunate subjects’ lives and ruined untold others, but it's likely we don't yet know the extent or damage of those experiments.

To that end, John Greenwald at the Black Vault has crowdfunded a GoFundMe campaign to raise money to pay the CIA’s fees for his latest Freedom of Information Act Request (FOIA) regarding MKUltra documents. Greenwald has spent years requesting documents related to MK Ultra, finally receiving a trove of records in 2016 - records which were missing hundreds of pages. 4,358 pages to be exact. After years of petitioning the CIA and jumping through bureaucratic hoop after bureaucratic hoop, the CIA finally told Greenwald they’d cough the documents up for $425.80.

Greenwald was able to raise $627, which he hopes will cover any other hidden fees or charges the desk spooks at the CIA conjure up to try and keep these documents in the dark. What exactly might be hidden within their pages? We’ll have to wait and see. Stay tuned, and check out the Black Vault in the meantime. It’s a deep rabbit hole of some of the U.S. government’s darkest secrets.

I’ll celebrate the release of the documents like any other mystery hunter, but you’ve really got to wonder: what about all the stuff that was purposefully kept off the books? You don’t really think that they keep documentation of every single experiment and shadow black operation do you? If world leaders really had knowledge of superintelligent extraterrestrial or even intraterrestrial beings, would they really want us to know? I’m no “Deep State” or “QAnon” kook, but it’s foolish to deny that there are likely entire intelligence organizations or black research projects funded by governments that are completely in the shadows, never to see the light of public scrutiny. 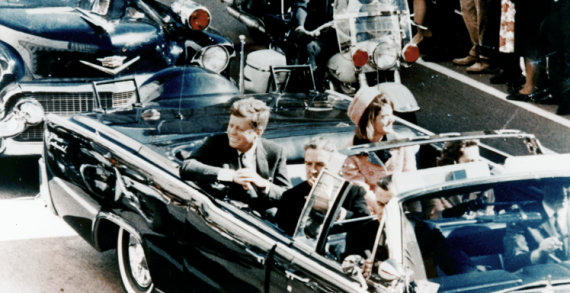 Until it’s too late, that is.