The Prisoners: Are Humans Imprisoned on Planet Earth by Cosmic Forces?

What if you were a prisoner in your own world and daily life? Imagine if, despite the seeming appearance of a normal, modern lifestyle around you, you were actually being held captive by certain powers that be; an inmate within invisible walls possessing no iron bars or chains, but which relied instead on surveillance and sentries to corral and confine its detainees?

Imagine now that you no longer wished to remain here. As you seek ways to escape, what if the powers in control effectively worked stifle your every attempt... perhaps even presenting a ruse when necessary to help you think you were closer to freedom than you actually were?

In such a circumstance, one might surmise that the careful control of people’s actions—perhaps through things like punishment, or even deadly force—could serve as a far stronger form of imprisonment than an actual fortified location with thick walls and barred windows.

It's an interesting thought experiment: the idea that imprisonment can take many forms, or even that imprisonment could occur with or without one even knowing it. Here, of course, the question arises as to whether we today, living in a free society as we do, are nonetheless effectively “prisoners” in some fashion or another.

This was the premise of what is arguably among the most well-regarded science fiction series of classic television, The Prisoner, harkening back to the late-1960s era where, thanks largely to Ian Fleming's immortal character, spy dramas were very much en vogue.

The Prisoner starred Patrick McGoohan in the role of a stoic and at times tempestuous former secret agent who, upon angrily quitting his job, finds himself a captive within a small coastal community somewhere in Europe. In this new place, known colloquially as "The Village," each person is known by a number rather than by a name; here, the lyrics of the 1948 American country music song by Jimmy Skinner, "Doin' My Time," come to mind, where Skinner sang, "Lord, they call me by a number, not a name."

Beginning in September 1967, this most unusual program appeared on televisions in Britain and Canada, combining elements of a James Bond-like spy thriller with science fiction by employing advanced surveillance technologies and balloon-like robotic sentries which helped enforce authority in the “Village.” Over the course of 17 episodes, the program saw McGoohan’s character—known to other Villagers as “Number Six”—engaged in repeated and increasingly elaborate attempts to escape from his strange prison with no walls. His primary antagonists are a variety of characters who take the role of “Number Two” over time, engaging in efforts to psychologically “break” Number Six with the intended goal of finding out why he resigned.

Number Six, in essence, represents the Individualist; he is a free-thinker that has been thrust into a collectivist world, where good behavior and complacency is rewarded. Add to that the obviously Orwellian elements of surveillance and control, and what we now find in The Prisoner is a sharp cultural commentary that is designed to make us think as much as it was intended to entertain.

Plenty of commentaries have been offered about the series and its influence, perhaps most notably in books like Chris Gregory’s Be Seeing You…: Decoding The Prisoner (University of Luton Press, 1997). Gregory analyzes the series on almost every level conceivable, from the mythological to the political and sociological, arguing fundamentally that like Orwell’s 1984, the inevitable encroachments of civil liberties that occur as government grows has, over time, made The Prisoner all the more relevant, and hence its lasting appeal.

As human beings, we think of things in terms of matters relevant to us, and which are of existential importance to our wellbeing. However, if we were to expand on the themes incorporated in The Prisoner and carry them further into the realm of science fiction, we might entertain the notion that living on planet Earth is, in its own way a sort of benign “imprisonment.” What if, for instance, we were to eventually learn that alien beings existed that were well aware of humankind’s aspirations to colonize planets like Mars, and explore distant worlds not only with remote probes... but eventually in person as well?

The idea that there could be cosmic forces at work which make it difficult for us to get off-planet may not be entirely science fiction, nor does it have to include alien oppressors in order to make sense. Last year, a video by Kurzgesagt - In a Nutshell on YouTube called, “Why Earth Is A Prison and How To Escape It” makes some fascinating arguments for why humans are, essentially, imprisoned here.

It’s because we owe the universe a debt… a 4.5 billion-year-old debt:

As the video explains, every atom in our being as individuals was once a part of some greater event in the formation of the cosmos. Planetary formation is no small task, and for humans to ever be able to leave this world, the energetic requirements for doing so are essentially the same as that which formed the Earth. Hence, we build machines which have energetic potential that is great enough, at very least, to overcome gravity (rockets, in other words), which aid us in escaping our world and exploring space.

In The Prisoner, Number Six commits a great deal of energy (although perhaps not quite as much as a rocket produces) in an effort to escape his confinement at a coastal resort. It’s not a bad place to live, altogether, and while his captors are bent on interrogating him by various means in order to learn why he resigned from his previous work in espionage in the first place, his complacency is encouraged along the way, which would ensure that he would live well in The Village, so long as he cooperates.

The idea that humanity is similarly “imprisoned” here on Earth by cosmic forces like gravity is an interesting one, in the sense that we share a potential for having a good life here, which may not necessarily require getting off-world in order to ensure humanity’s survival. To the contrary, the late Stephen Hawking and others have argued that, in fact, space exploration might actually become requisite for human survival at some point, even if that’s not the case in the immediate sense. They argue this because of the finite nature of resources on a planet where, as science improves the quality of life for many, as well as the length of time humans spend here, there is an ever-increasing necessity for greater resources; at some point, population growth and lifespan could meet well exceed production levels, and beyond this “point of diminishing returns” one might speculate that inevitable problems would arise. Whether this would constitute war, famine, or other perils resulting from scarcity is anyone’s guess, although it’s beyond the scope of the present argument. 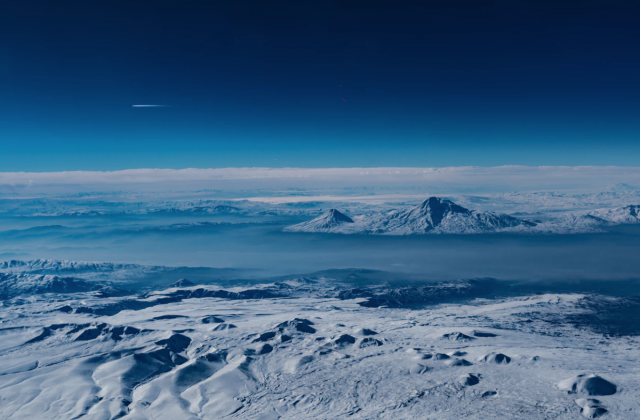 On the other hand, some might see the above views as being alarmist to an extent, and while there are obvious untapped resources that outer space might afford us, this doesn’t necessarily mean that we are running completely out of resources here on Earth. In fact, pushes toward the implementation of renewable energy sources on Earth, and more resourceful ways of managing commodities (in addition to finding new, as-yet-untapped sources for them altogether) might prove very beneficial for future humans. Getting along with the other villagers and staying where we are, in other words, might actually require less energy than the trouble we can expect to meet while trying to escape.

Of course, the amount of energy it took for our ancestors to push outward from habitable regions in the ancient past, which led to the exploration and eventual settlement of distant lands also required tremendous energy and hardship. Maybe the acceptance of a stable environment (barring instances where natural disasters or other hardships might have forced ancient humans toward migrations) simply isn’t as appealing as the quest for adventure, and the fulfillment of indulging our curiosities.

It seems likely, then, that humans will follow in the footsteps of our ancestors, and eventually escape our earthly “prison.” And much like Number Six with his repeated failed attempts to liberate himself from The Village, we’ll probably do so at whatever cost is necessary, despite the hardships or the amount of energy required.

And we do this because to face such hardships is the greatest expression of our freedom: our ability to act in accordance with our own will, and to proclaim loudly that we are not merely things or simple bundles of cosmic stardust, helplessly watching our fate play out before us. Or, to put it as McGoohan's character famously retorted to his captors, I am not a number... I am a free man!

We are humans, after all, and going great lengths to achieve the seemingly impossible appears to be in our nature.

UFOs Around the World: Canada