There is no doubt whatsoever that the provisions of the Freedom of Information Acts of a number of nations have led to the declassification of interesting and intriguing documentation on UFOs. The FBI, for example, has an entire section at its website (The Vault) where you can find its once-classified papers on UFOs - and on other mystery-filled topics too, such as ESP and cattle-mutilations (see this link for the list). Sometimes, however, asking the wrong question, when filing a Freedom of Information request, can result in a "no records found" reply. Such a response usually occurs when a person provides the relevant agency with inaccurate, or way too brief, data when filing that request. But, the "no records found" angle also applies to government inquiries too, as we shall now see.

Back in the early-to-mid 1990s, the Government Accountability Office (at the time, called the General Accounting Office) dug deep into the matter of what happened back in Lincoln County, New Mexico in the summer of 1947. I am, of course, talking about the controversial "Roswell Incident." The GAO was prompted by the request of the late Congressman Steven Schiff (for New Mexico). Working on Schiff's request, the GAO prepared and released a report that, in part, stated the following:

"Pursuant to a congressional request, GAO provided information on the 1947 weather balloon crash at Roswell Air Field, New Mexico, focusing on: (1) the requirements for reporting air accidents similar to the Roswell crash; and (2) any government records concerning the Roswell crash. GAO found that: (1) in 1947, Army regulations required that air accident reports be maintained permanently and although none of the military services filed a report on the Roswell incident, there was no requirement in 1947 to prepare a report on the weather balloon crash; (2) although some of the records concerning Roswell activities had been destroyed, there was no information available regarding when or under what authority the records were destroyed; (3) only two government records originating in 1947 have been recovered regarding the Roswell incident; (4) a 1947 Federal Bureau of Investigations record revealed that the military had reported that an object resembling a high-altitude weather balloon with a radar reflector had been recovered near Roswell; and (5) a 1947 Air Force report noted the recovery of a flying disc that was later determined by military officials to be a radar-tracking balloon." 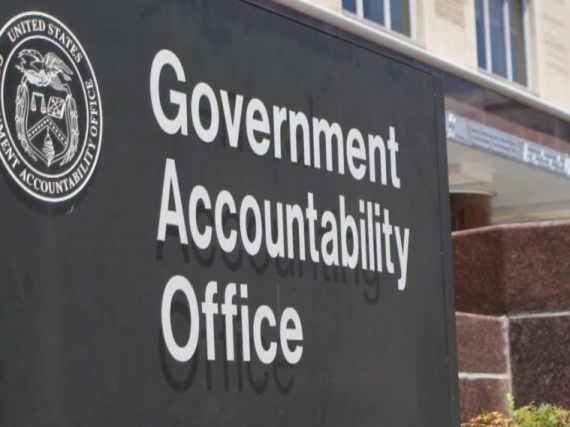 All of the above shows that the GAO certainly did dig deep into the July 1947 affair that has become so famous. It could be argued, however, that the GAO didn't find anything substantial because the wrong approach was taken. And, as a result it was a case of "no records found" (or hardly any). I'll explain what I mean by this. Consider what the GAO said about the CIA's search for any and all files on matters relative to the "Roswell Incident." The GAO stated the following:

"In March 1995, the CIA's Executive Director responded to our letter of inquiry by stating that earlier searches by the CIA for records on unidentified flying objects produced no information pertaining to the Roswell crash. The Executive Director added, however, that it was unclear whether the CIA had ever conducted a search for records specifically relating to Roswell. In the absence of such assurance, the Executive Director instructed CIA personnel to conduct a comprehensive records search for information relating to Roswell. On May 30, 1995, the CIA's Executive Director informed us that a search against the term 'Roswell, New Mexico,' in all CIA databases produced no CIA documents related to the crash."

Note that the CIA, when going through its databases, searched on the words "Roswell, New Mexico." Taking into consideration the fact that the 1947  incident itself actually occurred a couple of hours' drive from the city of Roswell, then the chances are slim that the CIA would have found anything that tied "Roswell, New Mexico" with the '47 event itself. The fact is that the only connection between the incident and Roswell - the city - is that it was the military personnel from the old Roswell Army Air Field who were dispatched to secure the site and recover the materials found at the site. Other than that, the incident itself actually has no connection to Roswell, whatsoever. For the record, I don't at all think the CIA lied when it said that it could not find anything on Roswell. What I do think, though, is that a search of something far beyond just "Roswell, New Mexico" might well have uncovered something of significance. Perhaps terms like "Aircraft incident, July 1947," "Unknown object, Lincoln County," and so on, might have worked - at least, to a degree.

For the record, the CIA also searched on the term "Project Mogul" - Mogul being the secret balloon-based program that the U.S. Air Force concluded was responsible for what came down on the Foster Ranch. But, if what came down was not a huge Mogul array, then, of course, nothing relative to the crash would be found in CIA databases anyway.

Much the same can be said about my 2010 book, Final Events. One specific part of the book is relevant to this article. As I note in the book itself, one of the interviewees told me that the term "Collins Elite" was specifically the group's "informal" name. It was an informal name that they used, I was told, when speaking with others who may not have had full clearance on what the CE was doing, which included personnel from the NSA and CIA. And people like me, too, one could suggest.

A good argument can be made that if - as was specifically made clear to me, and as I revealed in the book itself, eight years ago - the group has an "informal" title (the Collins Elite), then logic almost certainly dictates that it also has a "formal" name too - which is probably highly-classified, and which is probably why people have not had success, via FOIA,  in finding the group by using the term, "Collins Elite." For the record, numerous worldwide agencies have both informal and formal names. For example, the NSA is known as "The Fort." The U.K.'s Secret Intelligence Service is referred to as "Legoland." Russia's GRU is "The Aquarium." "The Company" is the CIA's nickname. And the list goes on.

As all of the above demonstrates, filing a FOIA request - or even getting an agency like the GAO to pursue the Roswell affair - may not work. Not because of a cover-up, but as a result of asking the wrong questions or using the wrong terms. Bureaucracy is sometimes the cause of what is so often perceived as conspiracy.