In a recent article at his UFO Conjectures blog, Rich Reynolds addressed the matter of UFOs and LSD. The article is titled "LSD, Hallucinations, and UFOs." You can find it here. Rich says: "Most of you know about the notorious CIA program, MK-Ultra, that, in 1959, experimented with LSD on military personnel and volunteers." He adds: "I’ve always thought (and written) that the Pascagoula encounter (Hickson/Parker) and Travis Walton’s 'abduction' may have been drug induced."

Having known Rich for far more than a few years, I should note that he has a deep interest in the possibility that at least some significant UFO incidents may have had a hallucinogen of some kind at their core. We're not, however, talking here about using LSD for recreational purposes. Instead, we're talking about situations which may have been utilized - by military and intelligence services - to, in essence, fake a UFO event. The reason? Maybe to try and gauge the extent to which the human mind can be manipulated? To fake alien encounters as a means to make us believe we have extraterrestrials among us when, perhaps, we don't? To determine how easy it might be to create a bogus extraterrestrial event? The controversial questions are many. The answers are far less so. What we can say, though, is that there are a surprising number of cases on record that just might fall into one or more of the above categories. I'll share with you three of many.

We'll start with a man named Orfeo Angelucci. He was one of that controversial band of people who claimed - largely in the 1950s - encounters with very human-like ETs. They were known as the Space Brothers. As for the eyewitnesses like Angelucci, they were titled the Contactees. Angelucci's aliens were here to save us from self-destruction - as were most of the Space Brothers of that era. It was when Angelucci started talking about the Space-Brothers (and Sisters too) being Communists, and also claiming meetings with mysterious human characters wh0 wanted Angelucci to insert the Communist angle into his lectures, that things got very strange. It was then that Angelucci got a weird visitor. And a weird experience, too. 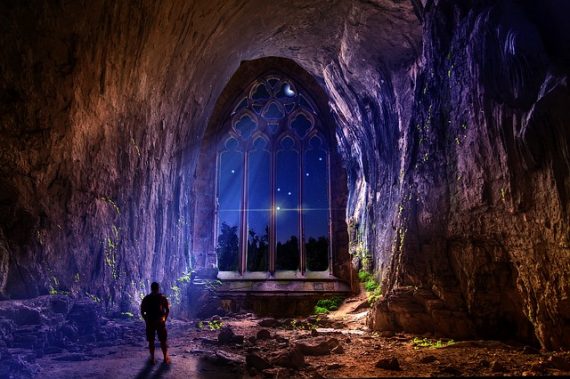 Angelucci claimed that on one particular evening in December 1954, he traveled out to a diner in Twentynine Palms, California. The reason was to meet with an odd, enigmatic character called Adam, who wanted to discuss his, Angelucci's, experiences. Although Adam appeared human, Angelucci wasn't at all sure that was the case. Things got weird when, as they sat and chatted, Adam asked Angelucci to take a pill, which he passed to him. Incredibly, Angelucci did exactly that: he put it in his mouth and knocked it back with a mysterious drink provided by Adam.

It wasan't long before Angelucci felt decidedly spaced-out. He began to hallucinate: nothing less than a little woman (and I do mean little, as in just inches tall) danced in his drink. Reality had gone right out of the window. And, on top of that, Angelucci was aware of two men in military uniforms sitting close by. They were intently watching every move that Angelucci made, and they seemed to note his every word spoken to Adam. Something caused Angelucci to spill the beans on his connections to the Space Brothers, the matter of communism, and more. Maybe someone in government wanted to find out what Angelucci really knew about communist aliens. Or, maybe, it was a case of concerns that Angelucci was being used - wittingly or not - to promote communism via the UFO subject. Whatever the answer, it seems very likely that Angelucci had been drugged by something that caused him to tell all that he knew and, in the process, fall into a deeply drugged state.

Then, there is the matter of Antonio Villas Boas. He was a Brazilian man who claimed, in late 1957, to have had wild sex with an equally wild babe from the stars, after having been kidnapped onto a UFO. An early alien abduction? Yep. Or maybe not. In the late-1970s, the aforementioned Rich Reynolds had contact with a very controversial - and by all accounts unlikable - figure named Bosco Nedelcovic, who had links to the world of intelligence, and who claimed that the Villas Boas affair was not what it appeared to be. He told Rich that, in reality, Villas Boas was the unwitting player in a new and novel experiment. According to Nedelcovic, the UFO that Villas Boas saw over his family's property was really a helicopter. Not only that, Villas Boas was supposedly hit by some kind of mind-altering aerosol spray that quickly placed him into an altered state, after the pilot of the helicopter flew right over him. As for the girl from the stars, she was said to have really been a hooker, a girl hired to take Villas Boas on the closest encounter of all. But, it was all a ruse: a mind-bending event designed to fabricate a UFO incident.

Like it or not, but the fact is that Villas Boas' own words suggest strongly that he was indeed taken on-board a helicopter. Read Villas Boas' words carefully. The craft, he said, was "like an elongated egg." On the top of the craft there was, "something which was revolving at great speed  and also giving off a powerful fluorescent reddish light" (rotor-blades? Probably, yes). As the craft took to the skies, it made a loud noise, "a sort of beat" (which is a perfect description of the noise associated with a helicopter). Put all those factors together and it sounds very much like a helicopter. Moving on... 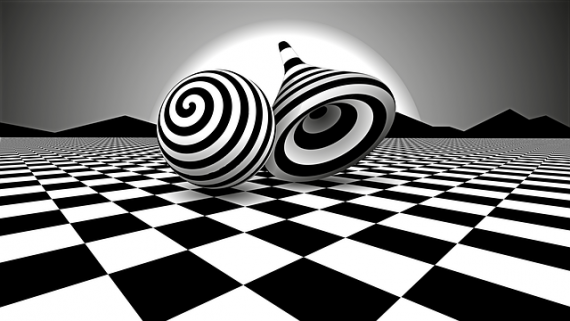 In his article, Rich mentioned the famous October 1973 alien abduction of Charles Hickson and Calvin Parker at Pascagoula, Mississippi. The case has become a classic in alien abduction circles. It’s a little-known fact, though, that just a few miles from where Parker and Hickson were taken is a stretch of land called Horn Island. In the latter stages of the Second World War, the military used Horn Island as a place where biological-warfare research was undertaken. Matters were brought to an end when the Second World War was over. The official line is that research in the area was cancelled. There are, however, local tales of covert operations and experiments into mind-manipulation as late as the early 1970s, and only around ten-to-twenty miles away, within newer facilities. In terms of what may have specifically been used in these operations, fingers point in the direction of BZ. Or, to give it its correct name: 3-quinuclidinyl benzilate. It’s most well-known name is “Buzz.” It can provoke significant hallucinations.

Is it possible that some classic UFO events were actually nothing of the sort, but that were - in a very strange way - even weirder...?

Ufologist’s Computer Was Mysteriously Wiped Clean After His Death