Unexplained Cattle Mutilations Linked to Lights in the Sky

A classic example of unexplained cattle mutilation has just hit Argentina, and veterinarians are at a loss to explain what could have caused the unfortunate animals’ injuries. According to Argentine newspaper Clarín, a rancher in the village of Colonia Durán woke up to discover seven of his cows horrifically mutilated without a trace of blood nearby. Even more horrifying, each of the seven was pregnant.

Clarín reports that the animals were found with their tongues and genitals surgically removed with “precise cuts." Local rancher Norberto Bieri told Clarín that experts have inspected the animals and are at a loss to explain how these wounds might have been inflicted with such precision and cleanliness:

Veterinarians have come from the place and no one can tell me how or with what they could do something like this. They say there is no scientific explanation. Everything appears cut with a laser, they didn’t leave any traces of blood, and also pieces of the animals were missing.

Even stranger, eyewitnesses reported that scavengers and insects refused to touch the mutilated carcasses lying in their fields. Of course, the legendary chupacabra has been thrown around as a possible suspect, but Norberto Bieri believes the mutilations might have extraterrestrial explanation, claiming to have witnessed anomalous aerial phenomena coinciding with similar unexplained mutilations in the area. “The thing about the lights is true,” Bieri told reporters. “I’ve seen it.”

Cattle mutilations remain one of the more macabre modern mysteries. Argentina is a major beef producer, so livestock mutilations are fairly common there as a result. It’s often claimed that alien experimentation is to blame for this gruesome phenomenon, although there is little hard evidence suggesting that may indeed be true. Are military groups testing new forms of weapons on livestock? Could these cattle be the unfortunate victims of occult rituals? Why is there rarely any blood left at the scenes of these mutilations? And what is being done with all of those cow anuses and genitals? 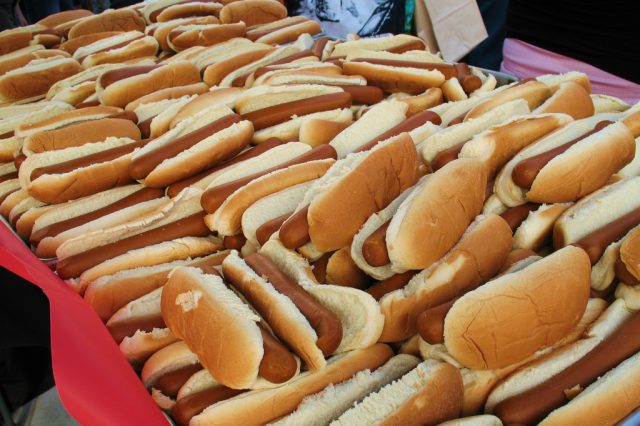