Want Cheap Rent in Tokyo? Get a Haunted Apartment

The neon drenched, vast urban megapolis of Tokyo, Japan is one of the largest, most advanced, high-tech, and modernized cities on the planet. It is truly a wonder to behold, and offers all of the modern conveniences and razzle-dazzle one would expect from such a bustling metropolis. Yet, if you want to live here you are in for a surprise, as land prices and rent here are through the roof, with Tokyo consistently ranked as one of the most expensive cities to live on earth. Even staying in a hotel in a room the size of your closet back home can set you back hundreds of dollars a night, making living in your dream apartment in the city a rather expensive proposition and likely forever out of reach. However, there is a way, and if you do not mind sharing a place with spirits and ghosts you can get a really good deal.

For such a modern and technologically advanced nation, the Japanese can be extremely superstitious, and this can even be seen in mega cities like Tokyo. One area where this superstition comes to the fore is in choosing a place to live, and one type of residence that is typically shunned are what are known as “stigmatized properties,” or jiko bukken in Japanese, which are places that have some association with death and suffering.

Such apartments or homes come in several levels of stigmatization. For instance, if a place is located next to a cemetery this is seen as mildly stigmatized, or a bit more so if one can actually see the grave stones from the window. Higher up the totem pole are apartments or homes where there has been a death on the premises, such as a suicide, the death of a lone elderly tenant, called “a lonely death,” or worse yet, a violent murder or deadly accident. Such places are incredibly difficult to rent out, and it is difficult for real estate companies to cover up such things, as Japanese law requires that landlords tell potential buyers or renters of any defects, violent incidents, or deaths that have happened there.

Get a house or flat where there has been a violent death and it can be almost impossible to find a taker, as the Japanese believe that the very likely restless and even vengeful ghost will almost certainly linger there. Because of this aversion to these haunted stigmatized locations, landlords are forced to drop the rent or prices of such homes considerably, with cuts of 30% to 50% or even more, depending on the severity of the place’s dark past and the level of violence involved in the deaths. Murders are the worst, and one president of a Tokyo-based real estate company, Sei-ichiro Ishimaru, has said of these locations:

Japanese people hate jiko bukken. It is a ghost problem. It’s really the murders where the price needs to be cut in half. Those are the spirits that Japan fears the most.

So profound is this aversion to living in a place tainted by death and possible ghosts, that tenants at such properties can be stigmatized themselves, with friends or family avoiding them or imploring them to move out. To offset the stigma of death and potential spooks on properties, in addition to deep price cuts there will often be purification ceremonies performed by priests at the property in order to appease any spirits and satisfy a potential buyer that the place is safe, but even then it can be difficult to find a taker, so ingrained is this fear of angry ghosts. 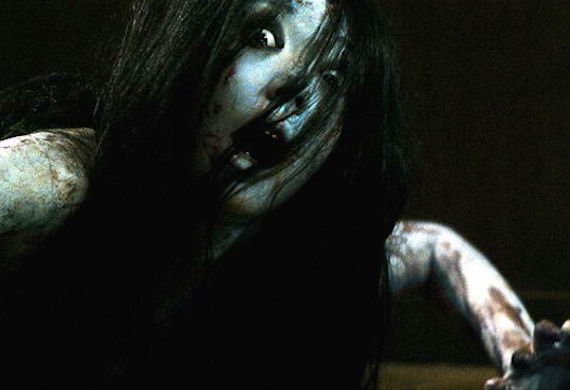 I actually have experienced this in action, when years ago I was shopping around for a place to rent not long after moving to Japan. I was apartment hunting and absolutely shocked by some of the exorbitant rents in Tokyo, when I came across a listing for an anomalously cheap place near Shinjuku. If you don’t know anything about Tokyo, Shinjuku is a bustling economic center and holds some of the most prime real estate in the whole city. It is also one of the most expensive places to live in an already expensive city, so when I found this place I was thinking that I had lucked out.

I contacted the real estate agent who had been advertising the place and went out there to have a look. It was a bit of an older building, but the room looked fine, had obviously been fixed up, and I could not see any defects or particular reason why it should be so cheap. It is interesting to note that up until then there had been absolutely no mention of the apartment’s grim past, but I was soon to find out. After I looked around the place and got all of the specifics of it I was just about sold, it seemed too good to be true, and that was when the guy showing me around sort of cleared his throat and gave me something akin to “by the way, there’s one more thing..”

It turned out that there had been a death in that apartment, indeed in the very room we were standing in. The agent explained to me that there had been an elderly man who had lived there, and that he had fallen into a deep depression and apparently hanged himself there. Since the guy had had no friends or family and had mostly kept to himself, the body had not even been discovered for several days, just dangling about on that cord in the shadows all alone. I can see how such knowledge can have a psychological effect on hauntings, because I immediately felt my hair stand up on end and got a bit of a mild electric feeling that pulsed through me. I suppose the guy saw my ashen face and reaction, because he was quick to explain that the place had been renovated since then, and that there had been a ceremony carried out there to cleanse it. I thanked him and went home, but I have to tell you I still almost took it, as it was in an excellent location and was so cheap. Alas, everyone told me to forget about it and I chickened out, but yeah, I almost lived in a haunted apartment in Tokyo. 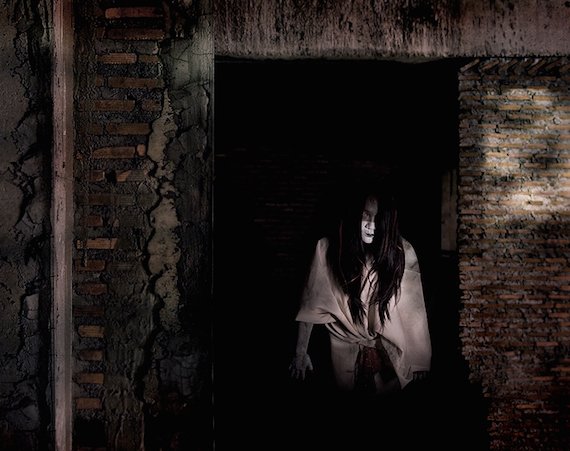 This can be all be a real headache for landlords and real estate agents, with the only saving grace being that they are only legally required to tell of these incidents to the first tenant after the death. Unfortunately for them, making it all even worse for them and negating this loophole is the fact that there have been people who have actually compiled maps of the various supposedly haunted apartments and homes in Tokyo for all to see. One realtor named Teru Oshima has taken it upon himself to painstakingly compile information through police and newspaper reports, tip-offs from fellow agents, testimony from former tenants, and his own research into the history of various properties, in order to make a detailed online guide of properties where deaths and misfortune have occurred, which is made into a map that is offered for free online, and which in Wikipedia-style can be edited and expanded by contributors.

For each stigmatized or supposedly haunted property, Oshima uses a system similar to the Michelin star system for restaurants, in this case awarding fire icons based on the gruesomeness of the death or deaths that have happened at the locations and the severity of the potential haunting. The higher the number of fire icons, up to a maximum of three, the more “haunted” and less desirable the property, and thus cheaper. For instance, an apartment where an elderly woman died in her sleep is listed as a 1 icon residence, another where a man killed himself is a 2 icon place, and 3 icon properties include an apartment where the tenant was stabbed to death by a home intruder and another where a young couple was killed in a gas explosion at the home.

Clicking on an icon will bring up specific information on the property, including of course macabre details on who died there and how. The free online map has gone on to become the bane of real estate agents and landlords all over Tokyo, but has been met with open arms for people looking for a bargain on a place to live. The meticulously crafted map is constantly updated, currently holds around 9,000 fire icons, and is extremely popular, with millions of views per day. 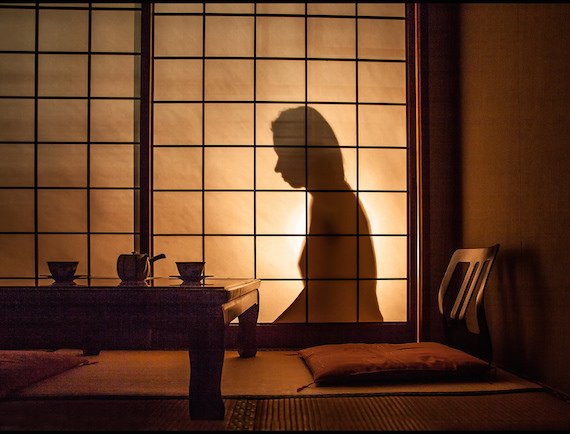 Although there has been criticism that some of the information might not be accurate and that it is all rather macabre and in poor taste, Oshima does not plan to stop any time soon, and indeed plans to branch out into other countries and eventually the whole world. He has already made some steps in this direction, with fire icons for some properties in Los Angeles and around 80 fire icons in New York City, such as a hotel overlooking Central Park where a dead body was found in a room on the 19th floor.

It is interesting that there is so much fear of ghosts and the vestiges of death hanging over these places in such an advanced country, and that these locations should be so completely shunned. Despite the lack of religious leanings in many of the inhabitants of Tokyo there is still that old superstition of the taint of death, and the belief in ghosts is very much alive here. Yet it could just work out in your favor if you are ever thinking about getting a place in Tokyo, and if you don't mind having a potential ghostly roommate you could very well snag yourself a pretty nice pad at a reasonable price.