If you’re a fan of Spielberg-flavored sci-fi entertainment (kids chasing aliens around their neighbourhood while being pursued by spoilsport authorities and all that jazz), you may want to seek out a new movie written and directed by Alexander Murillo.

The movie, Watch the Sky, is based on the graphic novel of the same name and was released on August 21 of this year through iTunes, Amazon Instant, Google Play, Xbox, Vudu, Fandango, and On Demand through local cable/satellite providers.

The synopsis reads as follows:

“It all began with a simple question: it's just one balloon in the entire sky, what's the worst that can happen? In an effort to capture amateur video of outer space, two young brothers unexpectedly find themselves in harm's way when an innocent Science experiment becomes a day filled with unearthly events threatening their sleepy coastal town.”

"Murillo does a wonderful job capturing the ‘awe and wonder’ innocence of two brothers in a small coastal town, when they find themselves in the middle of an alien sighting. This is an engaging family-friendly film, with a tip of the hat to Spielberg." 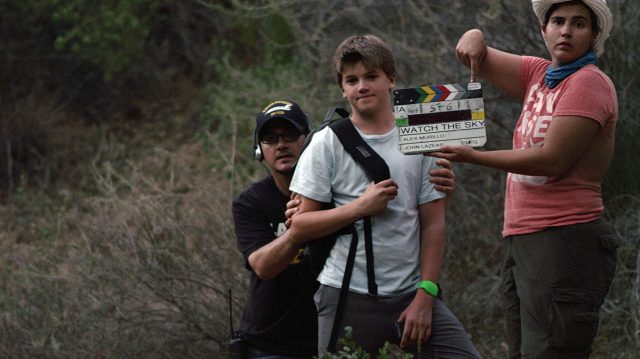