Water Confirmed on the Moon’s Surface for the First Time

If you had “India” in the office pool picking which country’s space probe would be the first to provide definitive evidence of water on the surface of the Moon, get ready to collect your prize and head on down to your favorite curry house to celebrate a discovery that will certainly give a boost to moon expeditions – take that, Elon Musk!

“These ice deposits might be utilized as an in-situ resource in future exploration of the moon.”

A new report published this week in the Proceedings of the National Academy of Sciences (PNAS) revealed that a team of scientists found three distinct signatures of water on the lunar surface using NASA's Moon Mineralogy Mapper (M3) instrument which was delivered there in 2008 by the Indian Space Research Organization’s (ISRO) Chandrayaan-1 spacecraft. That was India’s first lunar probe, entering lunar orbit on November 8, 2008. It also released the Moon Impact Probe which crashed into the Moon’s south pole and first detected water in the lunar soil below the surface. M3 also detected what could be indications of water on the surface, but scientists at that time could not agree on its validity. 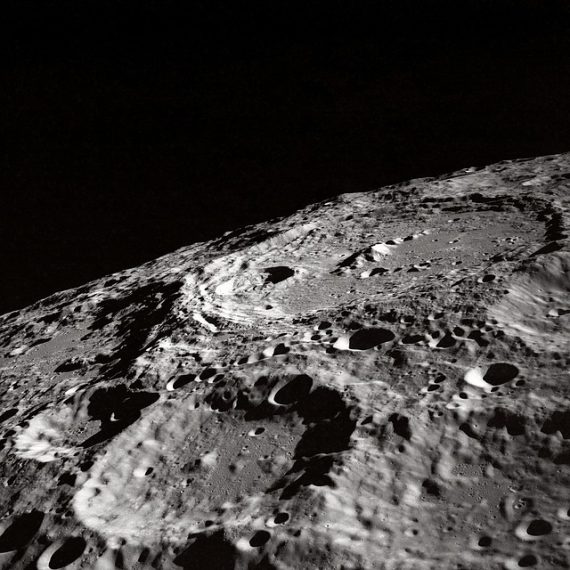 Fortunately, NASA never throws anything away. Ten years later, Shuai Li of the University of Hawaii and Brown University and Richard Elphic from NASA's Ames Research Center in California took another look at the M3 data. This time they noticed that reflective areas on the surface in the barely lit shadows of craters at the lunar south pole absorbed infrared light in the same way that solid ice does. That was the first proof of ice on the lunar surface. Additional studies of the data from the lunar north pole showed similar surface ice, but in much lower quantities.

This is truly big news for future lunar astronauts who will now be able to obtain water without having to use radar or dowsing instruments to find it underground and then drill for it. Sure, they’ll still have to deal with the -250 degrees Fahrenheit temperatures at the poles where the water is, but what’s a little cold when you’ll soon be making hot lunar water coffee?

Chandrayaan-1 continues to be an interesting little spacecraft. While it was supposed to operate for two years, it mysteriously shut down and went dead after just 10 months. Fortunately, it had completed 95% of its mission. While most scientists figured it would soon leave orbit and crash into the lunar surface, curious NASA scientists extrapolated its orbit and, in 2016, found the little probe still circling the Moon – an exercise that will help locate lost satellites and equipment in the future.

While NASA and the Russian and Chinese space programs get all of the publicity, India’s little Chandrayaan-1 has managed to confirm one of the greatest discoveries in human history. What has Elon Musk’s space traveling Tesla done for us lately?

Heads of the Supernatural Kind