Wild Men of the Hills: Stories of “Wild” People Who Left Civilization

Stories of "wild men"--people who live ferally in nature as any wild animal would do--have been a part of our myths and legends since the dawn of civilization. In our known earliest contribution to literary fiction, The Epic of Gilgamesh, the eponymous hero is first confronted, and then befriended by the wild man Enkidu, who becomes his closest friend and ally.

There has been a wealth of scholarly interpretation applied to the relationship between Gilgamesh and Enkidu, which in many ways is representative of humankind's dualistic relationship between civilization and nature itself. We have risen above the chaotic and predatory ways of the animal kingdom (or so we think), but we never truly escape being animals ourselves, at least in some sense.

This is perhaps never more apparent than in instances where humans purportedly leave society in order to revert to a feral mode of existence, and hence the trope of the "wild man" in literature persists in order to remind us that we are but a few steps--or perhaps merely one unplanned stumble--from returning to the ways of our ancestors. The fact that some of us might choose to do it is at once fascinating to us, and equally unsettling.

I have the same fascination with stories of alleged "wild people" myself, and having grown up in the heart of the Appalachian Mountains in Western North Carolina, it isn't uncommon to occasionally hear stories about people living "off the grid" and subsisting naturally in remote parts of the American woodland. 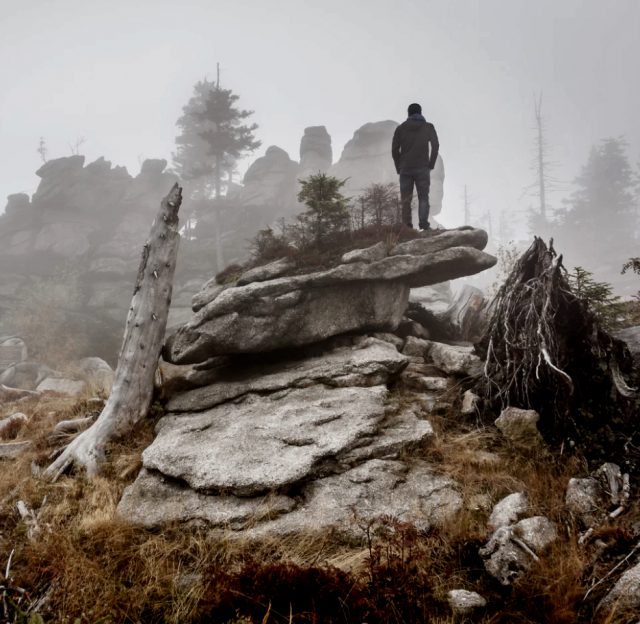 One story along these (a particular favorite as far as alleged "feral human" reports go) was told by Jeff Holland, one of the authors of the book Weird Kentucky, who described a very unusual encounter he had near Cloudsplitter Rock, Kentucky, in 1990:

"The author encountered, face to face in the wilderness near Cloudsplitter Rock, an adult (thirties) caucasian male, walking in the woods naked but covered with mud, leaves, and vines, which were matted into his hair and beard as well, giving him an almost absurd "Swamp Thing" appearance. He walked with a hunched, apelike gait. He spotted me moments after I spotted him, and we stared at each other for what at the time felt like an eternity; finally he turned and fled. His eyes seemed to show some intelligence but he was still extremely animal-like and seemingly unable to speak. I made no effort to follow him. The similarities between this case and the one above are striking. I have collected similar stories from locals in Slade about old 'Mountain Men' and hippies who have lost their minds living deep in the mountains and revert to an animal-like state. "

It stands to reason that "naturists" or other outdoor enthusiasts might begin to take their wilderness experiences a bit too seriously, and that such a thing could explain an incident like the one Holland describes here. It's an interesting story nonetheless, and it bears some similarity to similar reports of people who appear to have taken to living ferally in National Parks and other remote areas of wilderness.

Another story--albeit a tragic one--that has long held my attention in this regard has to do with the disappearance of Dennis Lloyd Martin, a young boy who vanished while camping with his family on Father's Day weekend near the Cades Cove Wilderness in 1969. A tremendous search effort that attempted to locate the missing boy yielded no results, apart from some strange conjectures: in particular, there was testimony provided by a Mr. Harold Key of Knoxville, Tennessee, who along with his family claimed that they had seen an odd "rough looking" man who appeared to be carrying something over his shoulder approximately nine miles from where Dennis went missing, and on the same day of his disappearance.

Years later, Dwight McCarter recounted this episode in his book Lost! A Ranger's Journal of Search and Rescue, which featured published diaries he kept while the search effort had been underway. He lamented the fact that there hadn't been more interest shown in various aspects of the disappearance, and the "rough looking" man seen by the Key family near the Rowan's Creek trailhead that day had been one of them. McCarter later told researcher David Paulides that he had known of "wild men" living in the Great Smoky Mountains National Park around that time, and by this he explicitly meant people living "off the grid," noting that one a member of the Park Ranger staff had been attacked by one of these men the previous year. 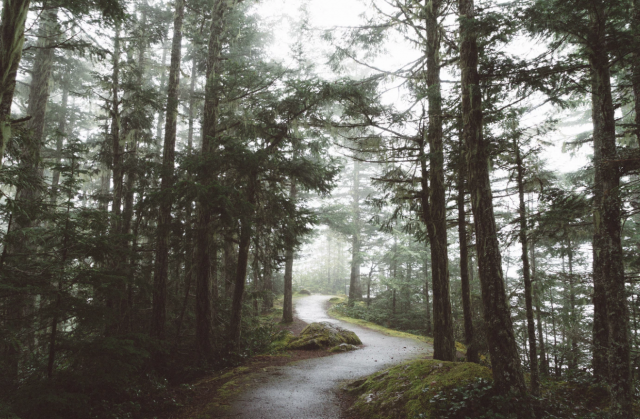 In response to a video I posted online a number of years ago that recounted some aspects of the Martin disappearance, a man named Tony Stansell recently commented on the interpretation that people living ferally in the Great Smoky Mountains National Park at the time might have played a factor in Martin's disappearance. "My family is from the Georgia/South Carolina side of the Appalachian mountains, Stansell said. "I have heard all of my life that there are wild people in the mountains."

"There are people [whose] families have been there for centuries and they don’t want to be part of society. And they know the area very well. This is a culture that, particularly earlier in the 1900’s where moonshiners were everywhere, especially during prohibition. Those kinds of people have no regard for civilization and don’t like intruders," Stansell wrote.

"There are also wild men who are criminals or escaped convicts that have lived in those woods for years and don’t want to be found. Some members of my family that have been in law enforcement have told tales about the 'wild men' that live there and the police know of them, but finding them is impossible."

Of course, part of the reason that people who choose to live on the fringes of civilization are able to remain so well-hidden has to do with the fact that the areas where they reside (like the remote corners of the Appalachian Mountains) are indeed very isolated regions. Thick forest growth and inaccessibility due to topographical features are only part of what makes the Appalachian Mountains so daunting; add to this the potential for inclement climate (mostly during the winter months), and dangers presented by wildlife and other natural threats year-round.

"I don’t think people realize how isolated some of those areas are," Stansell added. "And someone familiar with the area could get through the woods quickly and stealthy." Stansell pointed out that in the case of Dennis Martin, the boy's father jogged the Appalachian Trail looking for his son, while his father (Dennis's grandfather) walked to a Ranger Station to get help, rounding out to a total of four hours.

"Anyone that may have gotten [Dennis] would have been deep in the woods by then. There are caves and pits. It’s very sad, but it is definitely a good warning not to get yourself into a situation where you could be helpless.

"For many people who grew up near Appalachia, in the foothills, you know better than to get too deep in the woods. It’s is a very different world out there. And I agree with the narrator here. No need to imagine goblins and ghouls, mankind is capable of doing far more sinister things."

The unresolved status of stories like the Dennis Martin case--and the speculations that build around them--have helped help maintain their status as fodder for online curiosity seekers over the years. The first and most obvious problem with this is that with the passage of time and distance, many of us forget that these are heartbreaking "cold cases," and that the lives of countless families have been greatly affected by such things.

Another that comes to mind, however, is that solution to such cases is often far simpler than most would expect. Retired Park Ranger Dwight McCarter (whom we referenced earlier) has shared his opinion over the years that Dennis probably became lost and/or disoriented, and could have died of hypothermia while attempting to seek shelter from a storm that moved into the area shortly after he vanished. Such a scenario would greatly reduce the mystery and intrigue surrounding the case... but if we're being logical, it is also probably the most likely solution to the child's disappearance.

There is also the chance--chance though it may be--that Martin might have been kidnapped. There is no direct evidence for this, but the anecdotal story of Harold Key's observation of the "rough looking man" has caused McCarter, and many others over the years, to wonder.

Which, of course, brings us back to one of the most frightening prospects in our world today: that the real monsters can be seen on every city street, or near any park or playground. You could meet them walking along a river, or on a hiking trail in the world's most remote corners... or they might live as close as the apartment right next door.

They are, in other words, the "monsters" that walk on two legs... and they are by far the most formidable and dangerous that exist in our modern world.

Alien Abductee Running for Office is Endorsed by Major Newspaper