The world’s most famous alien abductee, Travis Walton, worked recently as a consultant on a new sci-fi thriller due for release in September this year. According to Variety, the movie, Beyond the Sky, will also feature Walton in a cameo appearance alongside stars Ryan Carnes, Jordan Hinson, Martin Sensmeier, Don Stark and Peter Stormare.

In the movie, writes Variety:

“Carnes portrays a man with a powerful and traumatic connection to alien abductions since his early childhood. He sets out to disprove the alien abduction phenomenon by attending a UFO convention—but then meets Hinson’s character, who claims to have been abducted every seven years on her birthday, and he realizes there may be more to these claims than meets the eye.” 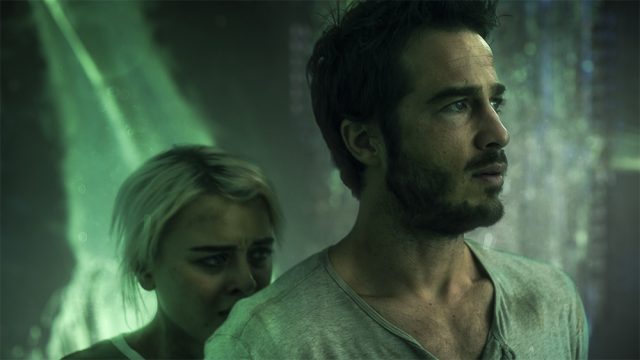 “The question of if we are alone in the universe is still talked about today. With its unique approach to the story of alien abduction and its great special effects, we are thrilled to be able to bring Beyond The Sky to audiences.”

Travis Walton made headlines in 1975 when the logger from Snowflake, Arizona, claimed to have been taken aboard a flying saucer and to have interacted with two different species of aliens. What distinguishes Walton’s story from innumerable other accounts of cosmic kidnapping is that his apparent abduction was witnessed, in part, by the six other men on his logging crew. Walton played a significant part in bringing to the big screen the 1993 movie based on his own story; he even had a fleeting cameo in the movie as a local townsman. His public profile and association with the abduction mystery has grown to such an extent since then that, in Beyond the Sky, Walton is playing himself.

Beyond the Sky was produced for a meager $1.5 million and was directed by Fulvio Sestito based on a story he wrote with Rebecca Berrih and Warren Thomas. The script was written by Thomas and Marc Porterfield. RLJE plans to release the film in theaters and on VOD and Digital HD on Sept. 21, 2018.