While most of the attention in Puerto Rico is being directed at the continuing slow recovery from Hurricane Maria (and rightly so), one small town has a different problem that probably won’t get much attention from the U.S. government either … a live flying gargoyle that is drinking the blood of their chickens. Wait, what? Not a Chupacabra?

That doesn’t sound too bad, but Edgardo Santiago Rodríguez of Barceloneta in northern Puerto Rico is just one of many people who have seen what they’re calling a gárgola and what they’re blaming for the killing and blood-draining of at least 50 chickens and roosters recently. While generally described as being five feet tall, the muscular build, 4-foot wingspan and frightening scream. (Two examples of guys recreating the scream can be heard here.) 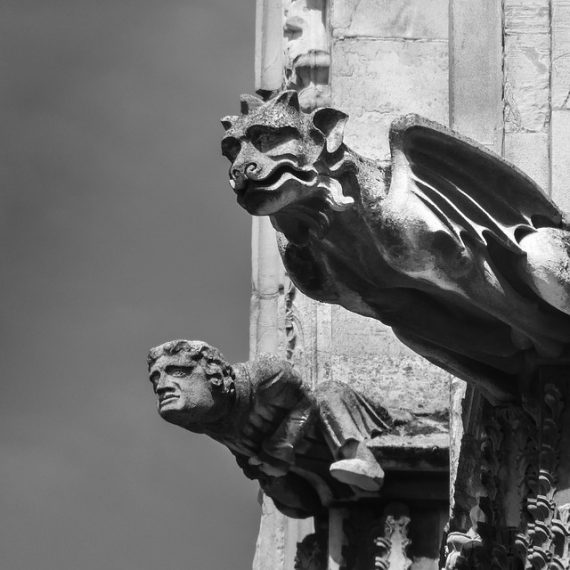 "They experiment on a dead chicken to find the bite marks but the its all said that its not the chupacabra or anything are we wondering with a super natural creature or animal ??? Who knows on we are up against ...that's all for now soon more sightings well pop up sooner or later "

Google Translate issues aside, the local media quotes witnesses claiming that what they saw was not a Chupacabra, primarily because of the wings and the decidedly human shape rather than something more reptilian like the traditional Puerto Rican cryptid. While it doesn’t exactly sound like those creatures whose heads stick out of older Catholic churches and cathedrals, gárgola is what they’re going with. It’s scary enough that Rodríguez formed a gárgola vigilante group (including local police officers) which set up traps during the last full moon in hopes of catching it. (How do they know there’s only one?) None of the traps grabbed a gárgola.

Proving that Puerto Rico is more American than we give it credit for, it’s time for the politicians to get involved. Reinaldo Ríos, a candidate for governor from the Omnipotent Extraterrestrial Party (PEO), promises that, if elected and faced with a gárgola, he will call out the police immediately before the creature gets tired of chickens and begins attacking humans. Do they do that?

The legend of the gargoyle comes from France and the tale of La Gargouille or Goji which resembled a fire-breathing dragon and tormented the medieval town of Rouen on the River Seine in northern France until Bishop (and later Saint) Romanus captured it and brought it back to be burned. Everything turned to ash except the head and neck, which were mounted on a new church to scare away evil spirits and possibly other Goji. The rest is gargoyle history. 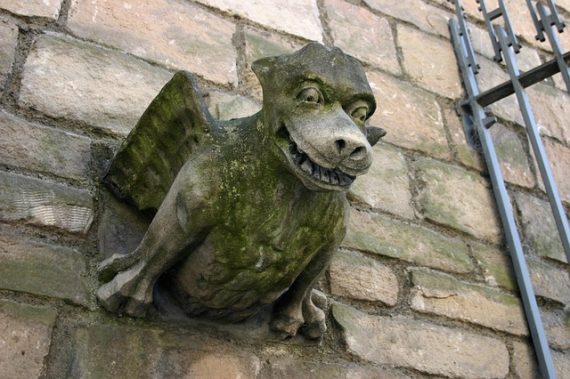 Is there a real Gárgola of Barceloneta? While the local posse failed to pull a St Romanus, they alleged found a claw mark on a tree and a terrible smell. And no one can explain the weird shrieks … although it’s always suspicious when a human (usually a guy) can do the “impression” so well. Is this a clever campaign ploy by a local politician? Or perhaps local businesses hurt by the hurricane invented it to boost sales – a bar is already offering the Shot of the Gargoyle and an ice cream parlor has a new Gargoyle Ice Cream Roll.

However, there’s still the matter of the 50 dead chickens. Something killed the birds and must be found.

How does the Chupacabra feel about a new cryptid coming to town? Perhaps it’s time for a movie: “Chupacabra vs. Gárgola: The Battle for Barceloneta.”