Luis Elizondo shot to notoriety practically overnight last year when the Pentagon’s secretive Advanced Aviation Threat Identification Program (AATIP) was made public. Elizondo directed the now-defunct program and currently serves as Director of Special Programs at To The Stars Academy of Arts & Science - you know, that one. After The New York Times published a report describing AATIP and the numerous videos and reports of anomalous aerial phenomena it had collected, Elizondo began speaking out about the program’s documented evidence of aircraft which display “characteristics that are not currently within the US inventory nor in any foreign inventory that we are aware of.” AATIP made headlines for a few months before fading into obscurity like every non-political story has since 2016.

Elizondo is back this week, this time penning an editorial for his own page on Medium.com. In the piece, titled “Why Social Stigma About Unexplained Phenomena Holds Humanity Back,” Elizondo describes how human beings “tend to avoid associating ourselves with anything that will isolate us from the larger group or make us sound strange, or that might draw negative attention from our peers.” Social media has made this worse, Elizondo writes, in that it has provided an outlet for hoaxsters, sensationalized stories, and a medium in which true believers are ridiculed in public. Sounds pretty accurate.

This isn’t the first time Elizondo has spoken out against the social stigma associated with belief in UFOs. Earlier this year, Elizondo told Las Vegas Now that many government and military officials dismiss credible UFO research out of the belief that they are somehow demonic or counter to dominant Judeo-Christian belief systems.

Elizondo claims that during the cold war, the U.S. Government actively suppressed or discredited verifiable evidence of UAP in order to keep the public focused on more important matters like defeating the Russians and keeping the economy going. At least we can be glad that’s over, right? The article adds that despite the current body of evidence which suggests that unidentified aerial phenomena (UAP) do indeed exist, “many people would rather look the other way than be associated with what’s been labeled ‘crazy,’ or ‘fringe.’”

Elizondo ends his piece with somewhat of a dire warning, claiming that overcoming the stigma surrounding UFOs is “key to our survival as a species:”

As a species, it’s crucial to understand the things we can’t explain, in order to survive. And that means being open to new ideas, possibilities, and data. When it comes to UFOs, ignoring the unknown is similarly harmful because it might mean failing to seize upon opportunities and new understandings. As a society, we have to recognize that stigma serves only to keep our heads in the sand. Our future depends on transparency and truth.

He’s got a point. Just imagine what could be done if all of the world’s governments could openly share UFO and UAP evidence and throw even a small percentage of their annual military budgets towards the legitimate study of these unexplained phenomena. Might we finally discover the truth about extraterrestrial visitors or unexplained phenomena? Or could the truth be much more benign and all of these stories are merely another smokescreen to hide the fact that the United States has fallen behind other superpowers in terms of aerial capabilities? In either case, we’ll likely never know. 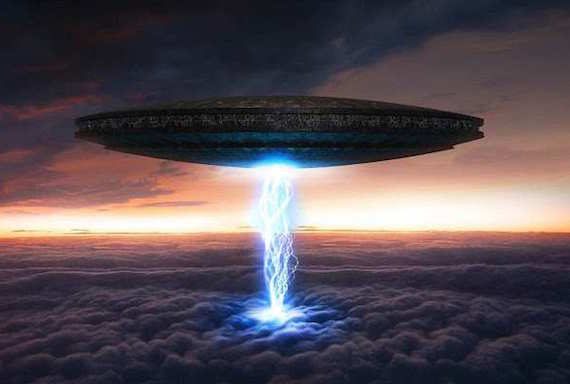 Until it's too late.

The Mysterious Exorcism of Martha Brossier