A stretch of motorway in England is said to be haunted or otherwise cursed, with one psychic going to far as to call the area “Cheshire’s Bermuda Triangle.” Mike Brooker, who bills himself as an “International Psychic Medium,” believes that all of the unexplained phenomena along the M6 motorway between junctions 16-19 of the M6 in Cheshire county in northwest England have a supernatural explanation owing to the area’s ancient history.

According to official statistics, this particular stretch of motorway has an anomalously high accident rate, making it one of the most dangerous stretches of road in England. The M6 has been named the deadliest motorway in Britain after taking the lives of over a dozen drivers each year during the past ten years, and Brooker believes this particular area near Cheshire is curiously accident-prone. “For decades now, the amount of accidents on the M6 motorway between junctions 17 and 19 is completely unprecedented and, statistically, this is without doubt one of the worst ‘accident black-spots’ on any motorway network in the UK,” Brooker told Cheshire Live.

Perhaps for those reasons, the county is undertaking a £250 million ($332 million) renovation of the motorway including the addition of 70 closed circuit cameras and 258 new electronic signs to help warn motorists of traffic or accidents. From a psychic’s standpoint, though, the renovations will not be enough. Brooker believes the motorway will remain unusually dangerous for one simple fact: the area is haunted, likely due to the area’s ancient Roman and Saxon heritage:

Natural explanations such as tire blowouts, mechanical faults, or distracted drivers don’t cover the whole breadth of this. This is something inexplicable. I am leaning towards the theory that it can be connected to Saxon involvement. There are reports of a Roman burial ground and that there was an historic clash between Scottish and English armies. There are so many variables and possibilities.

Here’s the thing, though: is there really any habitable location on Earth, particularly in Europe, which has not had a long, storied history including plenty of death? Think about all the hardcore caveman turf wars and slaughters we don’t even know about. The whole planet is like one giant graveyard. 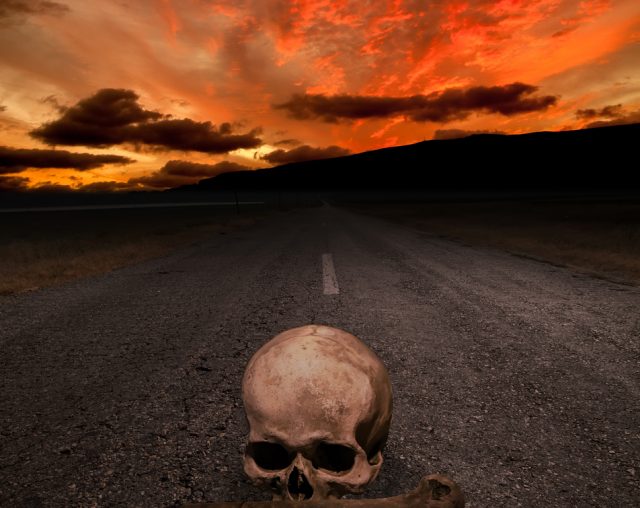 While I typically scoff at the claims of psychics, the more I learn about recent neuroscience discoveries, the more I acknowledge the possibility that the atoms which make up our consciousnesses might indeed be able to become entangled with the physical world either before or after we die. Could a stretch of motorway be haunted by the ghosts of Roman and Saxon soldiers? How could such a claim be tested?

The Mysterious White Witch of Jamaica