Crashed UFOs: Have There Ever Been Any?

Last week, here at Mysterious Universe, I wrote a couple of articles on the Roswell affair of July 1947. My position on Roswell is very clear: I think that a highly-classified, and highly controversial, experiment was at the heart of the case, and not the crash of an extraterrestrial spacecraft and its crew. For the vast majority of people in Ufology, Roswell is considered to be the most credible crashed UFO case of all. But, if Roswell does collapse - as a UFO event, at least - then what does that say about the rest of the high-profile crashed UFO incidents on record? The fact is that when we go digging, we do see solid reasons why we should be wary of the supposed credibility of these incidents, too. We'll start with the 1950s and a case that allegedly occurred less than a year after the Roswell event took place.

In March 1948, a UFO is alleged to have crashed at Hart Canyon, Aztec, New Mexico. As with Roswell, there are tales of dead aliens and a hasty cover-up of the facts. The story started to circulate in the late-1940s and arguably reached its peak in 1950, when the story was profiled significantly in Frank Scully's book, Behind the Flying Saucers. There's no doubt that much of the story came from a shady (as in very shady) businessman named Silas Newton. Indeed, Newton was shady to the point that the FBI opened a file on him and his shenanigans. You can see the Newton file for yourself at this link at the FBI's website, The Vault.

Of particular note is the fact that in the early 1950s, Newton was quietly approached by military-intelligence personnel. In an astonishing state of affairs, the two men in question made it very clear to Newton that they knew his story of a crashed UFO at Hart Canyon was absolute bullshit, but they wanted him to continue to promote the story. Was this a way for those same military-intelligence personnel to further bury the Roswell incident amid more and more tales of crashed UFOs, and far away from controversial experiments? Almost certainly. Whatever the answer, we can say with a high degree of certainty that Newton was used - by the military - to promote a bogus crashed UFO event. 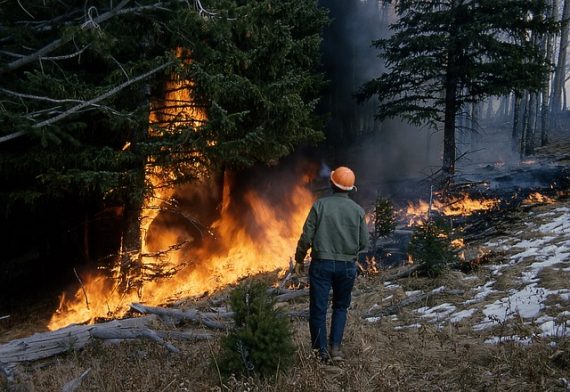 In 1952, a story surfaced to the effect that a Flying Saucer had fallen on the island of Spitsbergen, off the coast of Norway. The CIA took an interest in the saga and wrote the following: "Writing in the German magazine Der Fliger, Dr. Waldemar Beck says that a flying saucer which recently fell at Spitsbergen has been studied by eminent Norwegian and German rocket experts. He writes that Dr Norsal, a Norwegian expert in rocket construction, went to the place where the flying saucer had fallen a few hours after it had been discovered in the mountains of Spitsbergen by Norwegian jet planes.”

Agency staff had this to say, too: "In the wreck of the apparatus the expert is said to have discovered a radio piloting transmitter with a nucleus of plutonium transmitting on all wavelengths with 934 hertz, a measure that has been unknown so far. The investigation has also shown that the flying saucer crashed because of a defect in its radio piloting system. The saucer which carried no crew has a diameter of 47 meters. The steel used in the construction is an unknown ally. It consists of an exterior disc provided at its peripheral with 46 automatic jets. This disc pivots around the central sphere which contains the measurement and remote control equipment. The measurement instructions have an inscription in Russian."

What is particularly intriguing about all this is not the CIA's response to it, but the reaction of the National Security Agency. Under the terms of the Freedom of Information Act, several hundred UFO-themed documents have surfaced from the vaults of the NSA. One of those documents tells the story of the Spitsbergen case, but notes that it was, and I quote, "a plant." Planted by who? The United States? The Russians? We still don't have the answers to those questions. But, yet again, we have what appears to be a fabricated story of a crashed UFO, disseminated for reasons that are not fully clear.

In May 1953, a UFO is alleged to have crashed outside of Kingman, Arizona. A man named Arthur Stansel - but who went under the alias of "Fritz Werner" - claimed knowledge of the crash, and also of the recovery of a small, humanoid body at the crash-site. It's a classic case of its type. But, again, we have good reasons to dismiss it as a UFO event. At the time, Stansel worked on an atomic-bomb-based program called Operation Upshot-Knothole. It was overseen by the Atomic Energy Commission and ran from mid-March 1953 to early June 1953. The Kingman crash occurred in the middle of the tests. Ufologists have suggested that the blast of one of the bombs caused a UFO to crash to the ground at Kingman, killing the pilot. But, when we dig deeper we find a far more plausible story that offers a definitively down-to-earth explanation for the mystery of Kingman. 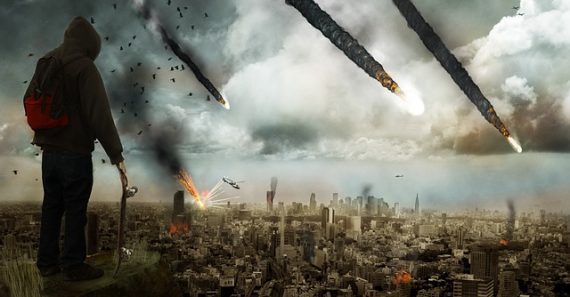 Early Cloud Penetration is an Atomic Energy Commission document that tells the story of something very intriguing. Although it is dated January 27, 1956, its focus is on certain events that occurred back in 1953: "In the event of nuclear warfare the AF is confronted with two special problems. First is the hazard to flight crews who may be forced to fly through an atomic cloud. Second is the hazard to ground crews who maintain the aircraft after it has flown through the cloud…In the 1953 Upshot-Knothole tests, monkeys were used so that experiments could be conducted on larger animals nearer the size of man. QF-80 drone aircraft were used, their speed more nearly approximating that of current operational aircraft."

There are rumors that one of the QF-80 drone planes developed a problem and, as a result, crashed near Kingman. The alien? A charred monkey, found in the wreckage of the doomed plane. To hide the extent to which the United States was researching the effects of radiation on military aircraft, amazing tales of a crashed UFO and a dead alien were encouraged to be spread. And, let's not forget that Stansel was himself working on the very same program that was using the monkeys.

I started this article with Roswell - which occurred in the 1940s. Today's article casts a great deal of doubt when it comes to some of the crashed UFO tales of the 1950s. Next, I'll turn my attentions to the 1960s, and the crashed UFOs that were actually nothing of the sort.