From Fairies to Aliens and a Contactee

W.Y. Evans-Wentz was born in Trenton, New Jersey in 1878 and developed a deep interest in the world of the paranormal at a young age. It was an interest that he never lost. Indeed, it stayed with him until his death, in 1965. As well as being a respected anthropologist, Evans-Wentz was someone who was also fascinated by Buddhist teachings and beliefs. Evans-Wentz was a prestigious writer and publisher, having published, in 1927, an English version of widely acclaimed and still extensively read, The Tibetan Book of the Dead. As for his own books, they were as notable as they were varied, one of the most revered being The Fairy-Faith in Celtic Countries. It’s a book which is packed with fascinating accounts of old, supernatural encounters between the people of Ireland, Wales, Scotland, the Isle of Man, and Brittany, and magical entities that have variously been referred to as elementals, fairies, goblins, sprites, and the “wee folk.” One story collected by Evans-Wentz stands out.

The story was personally shared with Evans-Wentz by a colleague at England’s Jesus College at Oxford University – a university which Evans-Wentz studied at as a young man. The story told to Evans-Wentz was as bizarre as it was undeniably sensational. The man in question was Irish and a former resident of County Kerry, one who had chosen Oxford University as his place of education. According to the curious story told to Evans-Wentz, it was in the first week of December 1910 that the man and a friend were heading home from a night out in the Irish city of Limerick. Given that it was a fair distance away, and darkness was already on the land when they went out - never mind during their return - they chose to travel on horseback, something which would make the journey to Limerick, and home again, an easy one. It turned out, however, that fate had other things in store for the two twenty-three-year-olds. Very strange and unforgettable things. 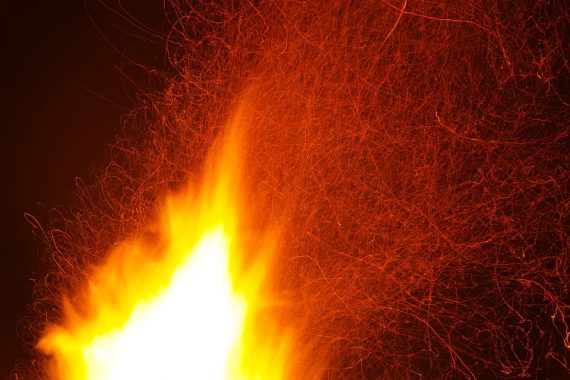 It was as they approached Listowel – a 14th century market town in County Kerry – that the pair couldn’t fail to see a powerful, brilliant light at a distance of around half a mile from them.  Suddenly, the light was joined by another one that was practically identical in appearance, and also in size, which was somewhere in the order of around six feet in height. As the two men sat on their horses, and stared in amazement at these curious displays of light, they saw something incredible happen: within the flames that were contained within the two lights, they could see a pair of what were described as radiant beings with “human form;” the flames having transformed into the entities. The lights then moved towards each other and unified as one. The figures within, Evans-Wentz was told, then strode out of the lights and towards the two men. Incredibly, they seemed to be glowing. In other words, the brilliance they gave off was not a reflection from the balls of light that surrounded them. No, they were radiating the glowing eeriness themselves.

Such was the brightness, the two friends were unable to make out if their visitors of the night were male or female, or one of each. But, they were clearly humanoid and had noticeable halos around their heads. Not surprisingly, they quickly headed home, their galloping horses getting them there in a timely fashion.

Now, we get to the next part of the story: note that the two witnesses saw a pair of lights that transformed into radiant beings with "human form." This issue is very similar - if not practically identical - to a story told by Contactee Orfeo Angelucci in the 1950s. It was the night of May 23, 1952 and as he drove home from work, not long after midnight something very strange happened. As he drove down Victory Boulevard, Angelucci was shocked and amazed to see “slightly above my line of vision,” a red, glowing, oval-shaped object that was “about five times as large as the red portion of a traffic light.” It seemed to carefully maintain its distance from Angelucci’s car, as if beckoning him to follow – which he did. He drove across a bridge spanning the Los Angeles River, and looked on, mesmerized, as the object came to a halt, hovering over the intersection at a “lonely, deserted stretch of road called Forest Lawn Drive.” 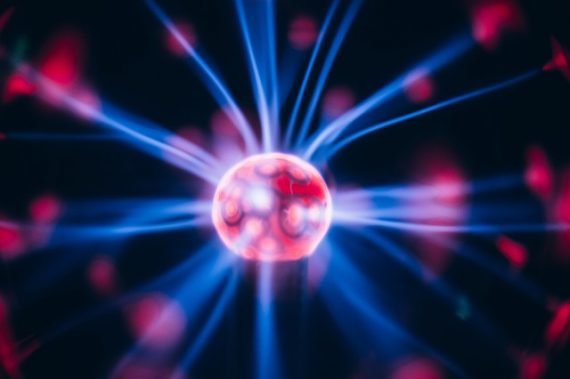 Without warning, the red-colored ball suddenly shot away at high speed – but not before two, smaller, fluorescent green objects, about three-feet in diameter, flew out of it and headed directly for Angelucci. They hung, magically, only a few feet above his car for a few minutes, after which something dramatic allegedly occurred. Emanating, apparently, from between the two green balls of light, said Angelucci, was the sound of “a masculine voice in strong, well-modulated tones and speaking perfect English.” Stressing that he should not be afraid, the disembodied voice explained to a shocked Angelucci that he was in direct communication with “friends from another world.” Angelucci was also told: "Man believes himself civilized, but often his thoughts are barbaric and his emotions lethal. We do not say this as criticism, but state it only as fact. Thus it is best to approach all planetary visitors with friendly, welcoming thoughts." Angelucci went on to have other encounters of the Contactee variety and became a well-known figure in 1950s-era Ufology.

There is no doubt that there are notable parallels between both stories. Some might say that the two events - 42 years apart - were caused by the very same phenomenon. But, there is another connection that just might get to the heart of the matter. Just like W.Y. Evans-Wentz, Orfeo Angelucci was born in Trenton, New Jersey. In light of this, I have to wonder if Angelucci may have taken a deep interest in the writings of someone who just happened to be a local author (namely, W.Y. Evans-Wentz) and, subconsciously, weaved parts of the Evans-Wentz saga into his own. At the very least, it's a theory to ponder on...