Galileo’s Long-Lost Letter Shows How He Fooled the Inquisition

As Monty Python has drilled into us, “Nobody expects the Spanish Inquisition!” And that has proven to be true of everyone … except for Galileo Galilei, the original "father of observational astronomy" and the world’s most famous heretic. An original letter written by Galileo and lost for centuries has been found and the edits and notes in his verified handwriting show how he tempered his words in order to fool the Inquisition while questioning the church’s doctrine that the Sun orbits the Earth.

“Many copies of the letter were made, and two differing versions exist — one that was sent to the Inquisition in Rome and another with less inflammatory language. But because the original letter was assumed to be lost, it wasn’t clear whether incensed clergymen had doctored the letter to strengthen their case for heresy — something Galileo complained about to friends — or whether Galileo wrote the strong version, then decided to soften his own words.”

Salvatore Riccardo, a historian of science at Italy’s University of Bergamo, explained in the journal Nature the significance of what was essentially a draft of the letter he eventually sent to the Inquisition but first sent it to a friend, thought about it, got it back and then made some significant softenings to it. This letter, dated December 21, 1613, was addressed to Benedetto Castelli, a mathematician at the University of Pisa and a friend of Galileo. While copies of the letter, which was eventually delivered to the Inquisition, exist, it has long been suspected that the Inquisition doctored one of them up to suit their purposes.

“Many copies of the letter were made, and two differing versions exist — one that was sent to the Inquisition in Rome and another with less inflammatory language. But because the original letter was assumed to be lost, it wasn’t clear whether incensed clergymen had doctored the letter to strengthen their case for heresy — something Galileo complained about to friends — or whether Galileo wrote the strong version, then decided to soften his own words.”

According to Nature, Riccardo found the original letter while looking for something else (how often does THAT happen?) in a misdated library catalogue in the Royal Society library in London. After handwriting analysis confirmed his “G.G.” initials and editing notes, a team determined that this letter eventually became the one sent to the Inquisition in Rome on February 5, 1615, by a Dominican friar named Niccolò Lorini.

“Beneath its scratchings-out and amendments, the signed copy discovered by Ricciardo shows Galileo’s original wording — and it is the same as in the Lorini copy. The changes are telling. In one case, Galileo referred to certain propositions in the Bible as “false if one goes by the literal meaning of the words”. He crossed through the word “false”, and replaced it with “look different from the truth”. In another section, he changed his reference to the Scriptures “concealing” its most basic dogmas, to the weaker “veiling”.”

Those changes were made to the first letter sent to Benedetto Castelli after Galileo convinced him to return it to the astronomer. The original letter then disappeared. According to Franco Giudice, Riccardo’s supervisor at the University of Bergamo, “The letter was included in an 1840 Royal Society catalogue — but was also misdated there, as 21 December 1618.” And for over 250 years, it remained there hidden in plain sight. 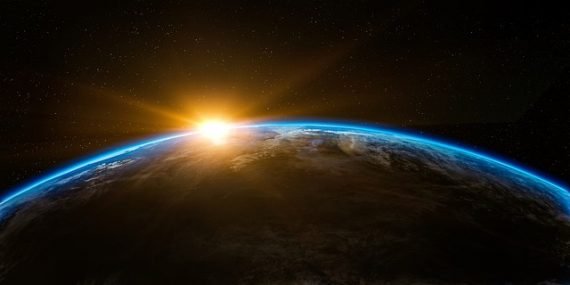 Does the discovery of the original version of Galileo’s letter, with its subsequent telling notes and edits, change anything?

“It makes it all seem so stupid.”

That’s Monty Python’s answer. In real life, in 1633 Galileo was sentenced by the Inquisition to imprisonment for vehement suspicion of heresy in violating a 1616 injunction to stop teaching heliocentrism. The sentence was commuted to house arrest and Gelileo remained uner it until his death in 1642. On October 31, 1992, Pope John Paul II issued a declaration acknowledging the errors committed by the Catholic Church tribunal. In December 2008, Pope Benedict XVI praised his contributions to astronomy. However, in January 2009, the head of the Pontifical Council for Culture revealed that the plan to erect a statue of Galileo in the grounds of the Vatican had been suspended.

It looks like the decisions have already been made. Even centuries later …

“Nobody expects the Spanish Inquisition.”