Remember the recent story about the mother in Australia whose cut oranges mysteriously turned purple after setting all night on her kitchen counter? Remember how government officials mysteriously confiscated everything from her kitchen that the oranges may have touched … up to but not including the baby who had eaten the oranges the night before? While most of these cases rarely get a public resolution from the government, this one did. The cause of the mysterious purple rain in Ozzie oranges is …

"Everyone is so utterly intrigued and desperate to find the answer." 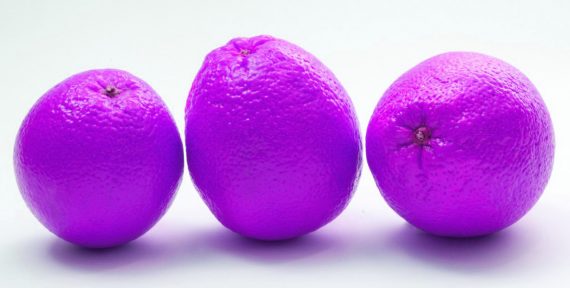 Not so fast. Let’s bring those not familiar with the purple orange color caper up to speed. Neti Moffitt of Queensland found that oranges she had just purchased, cut open and fed to her two-year-old child turned partially purple after sitting on her counter overnight. The child seemed OK but she rightly reported the mystery to Queensland Health, which sent an inspector who collected all of the evidence, which he referred to as a "weird phenomena," and promised someone would get back to Ms. Moffitt with “full disclosure on the test results."

Believe it or not … someone did!

Queensland chief chemist Stewart Carswell told ABC that he put those poor little orange slices through a physical exam that would have caused a human to run screaming out of their doctor’s office and into their medical malpractice lawyer’s office. He and his team may have been overly excited because "We see samples that range from blood, urine, water, soil, fish and foodstuffs. So to have an orange come through was really different for our team."

Carswell managed to squeeze the report out of his staff’s orange-and-purple-stained hands, and the cause of the purple stains was …

"The results of analysis have confirmed the discoloration was caused by the reaction of anthocyanins, a pigment that is naturally present in oranges, and traces of iron and/or other metals from a freshly sharpened knife. These pigments are not known to represent any risk to human health." 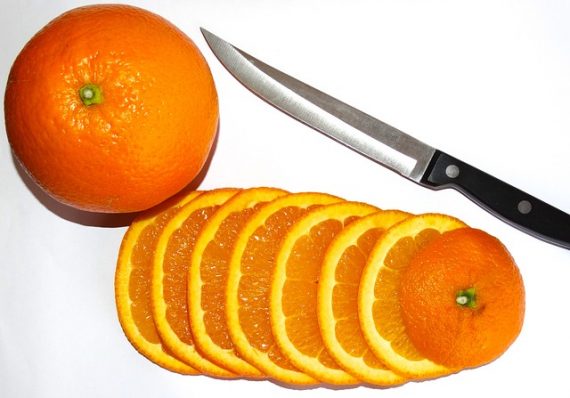 That’s right. Microscopic particles left on the knife after it was sharpened reacted with chemicals in the orange and turned it purple. Ms. Moffitt reacted to this news like any relieved mother finding out that her baby was going to be OK … she blamed her husband who had sharpened the knife the night before.

According to the report, anthocyanins occur more in blood oranges and increase after cold storage. They were able to reproduce the results consistently (get ready for purple oranges to be found around the world) and, to prove they’re completely safe, returned the knife and the sharpener to Ms. Moffitt … who probably waved both at her husband until he promised to wash things thoroughly and leave the orange cutting to her.

"It just goes to show just the slightest change of environment or whatever that is can have such an amazing effect. It was a matter of having all of our ducks lined up in a row for this to occur."

Ducks? She has purple ducks too?