Hurricane Florence Gets Scarier with Sightings of the Gray Man Ghost

Hurricane Florence was already being predicted to be one of the worst hurricanes to ever hit the coasts of North and South Carolina. Then the Gray Man ghost started appearing and people REALLY got scared.

Rian Fontaine
‏@RianFontainee
One of my regulars said he and a group of five people walking the beach said they saw the Gray Man on pawleys yesterday. Time to start packing my bags and head inland y’all.

People in South Carolina may not believe the weather reports, videos of reporters in raincoats hanging onto poles like flags, or their own rain-soaked, windblown eyes, but they seem to have great faith and fear in the prognostications attached to sightings of the legendary Gray Man ghost. The most popular version of the tale dates back to 1822, before hurricanes had names.

Ciara Jade Dove Lee
@SCarolinaCiara
Oh lordy, it's getting real now. I just read that there was a sighting of the Gray Man at Pawleys Island yesterday. South Carolina better get ready because he doesn't appear for nothing!
10:42 PM - Sep 8, 2018

A young man (who some believe to be Percival Pawley, the island's namesake, or Edward Teach, aka the pirate Blackbeard) was traveling across the island to visit his girlfriend when his horse was caught in the quicksand-like mud of a marsh he had taken a shortcut through and both died, condemning his ghost to forever haunt the island looking for his girlfriend.

A follow-up legend tells that the grieving girlfriend was walking on the shore when she saw a familiar figure dressed in gray … her boyfriend! Before she could say anything, he warned her to leave Pawleys Island immediately … and then he disappeared. The girl was so convinced and frightened, she persuaded her family to depart the next day for the mainland … where they rode out a hurricane that destroyed every home on the island … except theirs. 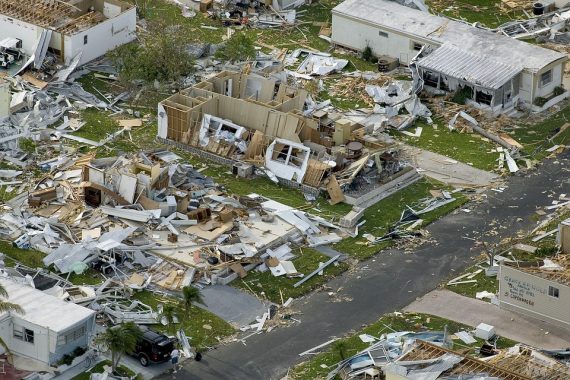 The Gray Man ghost has reportedly been seen and saved people before many major storms since then, including the 'Sea Islands Hurricane' of 1893, which killed over a thousand people, and the destructive Hurricane Hazel in 1954. However, he cemented his fame in 1989 when Jim and Clara Moore told “Unsolved Mysteries" that they saw him on the beach and later their house was the only one in the neighborhood spared from damage.

Based on the tweets, at least a few homes are safe from Hurricane Florence, courtesy of the Gray Man ghost. Should South Carolina residents defy the authorities and take their chances at the island, hoping for a glimpse of the house-saving gray ghost?

It’s that kind of thinking that creates ghosts in the first place.